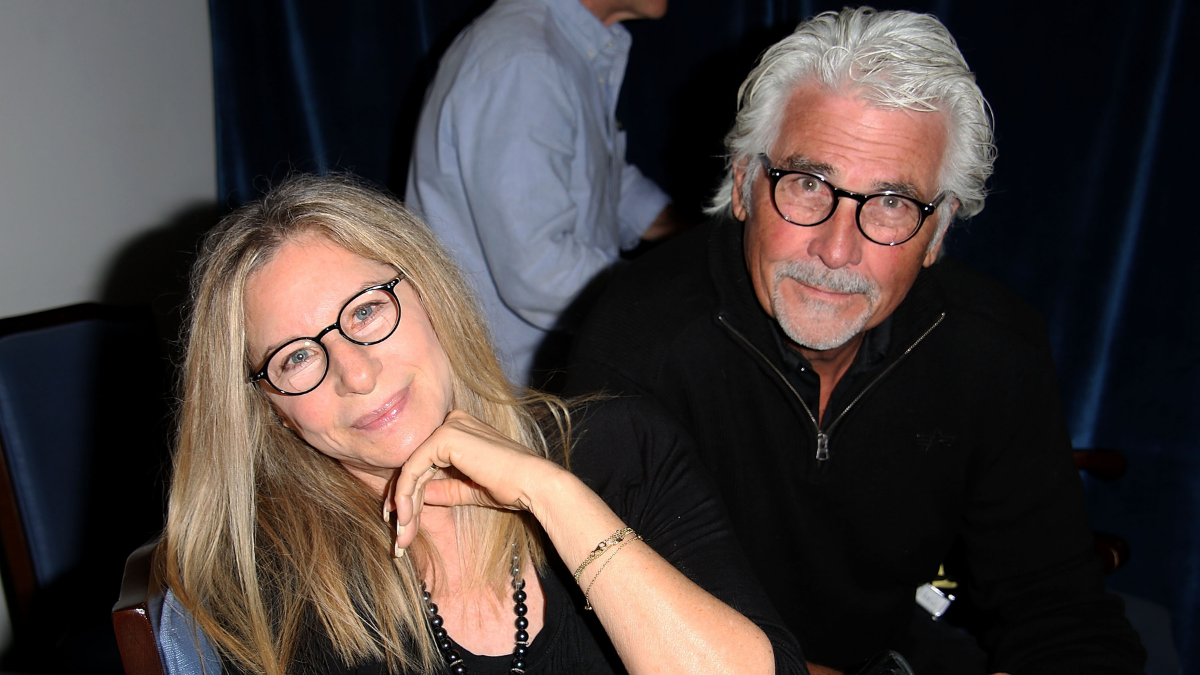 Barbra Streisand and James Brolin exemplify the ultimate Hollywood love story, having been married for over two decades, but when they were first set up on a blind date back in the late ‘90s, no one could have predicted how hard (and fast) they’d fall for each other. For one, both actors were in their fifties, were both divorced (Streisand was married to Eliot Gould from 1963 to 1971 while Brolin was first married to Jane Cameron Agee, then Jan Smithers), and, what’s more, Streisand admitted at the time that she was just getting used to the single life. “Without being in despair, I was finally liking my solitude,” she shared. However, she soon learned that everything can turn in an instant when the right person walks into your life (no matter at which stage in your life that happens) and before they knew it, they were walking down the aisle again.

Here’s what we can learn from Barbra Streisand and James Brolin’s 23-year marriage:

Barbra Streisand and James Brolin have an unlikely person to thank for their union. The year was 1996 and Christine Peters, the ex-wife of Streisand’s former live-in boyfriend, producer Jon Peters, decided to set the songstress up on a blind date with none other than Brolin. Neither was expecting to find a life-changing connection, but they did, proving that when you put yourself out there, great things can come your way. And it all started with a sassy comment from Streisand that might have thrown off the whole date, but Brolin loved it. As she told W, “I met him at a dinner and expected a bearded mountain-man type, and he had cut off all his hair and was clean-shaven. I asked him, ‘Who screwed up your hair?’ He later told me that’s when he fell in love with me,” she recalled, noting, “My fella likes to hear the truth, which is unusual.” As for how long it took her to realize she had met someone special, it may not have been as instantaneous but it only took “a couple of months.”

I can’t tell you how lucky I am that this would happen to me so late in life. Every night is a new adventure. Sleeping is a waste of time. I can’t wait to see her again in the morning.

Indeed, Streisand and Brolin were so taken by each other that after the actor drove her home, they ended up talking until three in the morning and, as Streisand recalled, “we were both shy” and couldn’t decide whether they should kiss goodbye or simply shake hands. Luckily, they figured it out and things moved quickly from there. Just three months later, Brolin was off to Ireland for work, but physical distance couldn’t break their connection. “I remember falling asleep on the bathroom floor with the phone pressed against my ear,” Streisand shared. A few months after that, they were moving in together and in 1998, on the two-year anniversary of their first date, the couple said “I do” in the singer’s Malibu living room.

John Travolta dubbed it “probably the most beautiful wedding I’ve been to,” per People, and Streisand’s longtime friend and songwriter Marilyn Bergman shared just how special the pair’s union really is. “In all the years I’ve known Barbra, I’ve seen her happy, but always with a cloud. This time it was a clear blue sky,” she revealed. The reception was also filled with plenty of memorable and touching moments as Brolin proclaimed, “I can’t tell you how lucky I am that this would happen to me so late in life. Every night is a new adventure. Sleeping is a waste of time. I can’t wait to see her again in the morning,” he gushed.

Given how long they’ve been married, it’s no surprise that Barbra Streisand and James Brolin are often asked to share their secrets to wedded bliss. As it turns out, their advice is super practical and something every couple can implement — even if they’re not Hollywood stars.

For one, you need to learn from your past. As Brolin shared with Entertainment Tonight while celebrating his 20th wedding anniversary, “This is my […] third marriage. I picked difficult situations the first two times, but I think you learn with each one. I’m a person that believes that if I’m wrong, that’s when I learn, and when I’m right, I haven’t learned a thing,” he explained.

Then there’s the fact that they like to be together, but keep their independence. Speaking with HuffPost, the actor shared that he and Streisand have never had a joint bank account and it’s served them well. “We’ve bifurcated, and I love it that way. I have my own money and she has her own money,” he began, noting, “This is my third marriage, and I know what trouble can come out of marriage, so I didn’t want any reason that I would ever have to be either divorced or married again. We’ve been in heaven for 20 years, so it works,” he concluded.

In keeping with their love of independence, they also make sure to give each other space. “When she’s busy, she’s really focused, and part of our good relationship is that I understand that,” Brolin told Entertainment Tonight. “And if I come to her with something important and she says, ‘I don’t have time right now,’ she doesn’t have time, period. That’s the way the mind works. You gotta focus.” That being said, “I’m always welcome when I get home. I always get notes, ‘Hurry home!’ When I get there, there’s always something kind of great waiting for me, some plan, and I try to reciprocate,” he said.

I don’t think you can take each other for granted

However, perhaps most important of all is speaking the truth, and doing so kindly. “The Dalai Lama says, ‘Give truth with compassion.’ So it’s not just truth,” Streisand told Extra, admitting, “I used to use truth as a weapon years ago, actually, ‘Well, you look fat. That’s ’cause you’re fat. I’m telling you the truth.’ No. It’s not that. That’s not enough,” she explained. “Truth with compassion would say it a different way and so, I don’t think you can take each other for granted.” What’s more, you need to “listen carefully” and “hear the other person. Agree to disagree.”

Brolin agrees. He loved Streisand’s honesty from the moment they met and he still appreciates it to this day. And when they’re not able to sort things out on their own, he’s all for speaking your truth in front of a neutral third party. So much so that he’s repeatedly spoken about the benefits of marriage counseling, telling Entertainment Tonight, “I do believe in counseling if anybody ever has a problem in their marriage. Bring in a referee, talk it over, and I swear to you, it will dispel by the end of the session, each time,” he enthused. “Sometimes in a tough marriage, it’s tough to talk, but if you do, it works,” he assured.

We, for a long time, were put out by COVID and a lot of people, their marriages haven’t gone well during these 15 months. We’ve literally fallen in love over this period of time, just being stuck together every day and making it work

Indeed, it’s thanks to all of the above that their union has been able to survive the pandemic unscathed. While quarantine tested and wreaked havoc on countless relationships, it only served to strengthen Streisand and Brolin’s. Speaking with The Talk in 2021, the actor shared, “We, for a long time, were put out by COVID and a lot of people, their marriages haven’t gone well during these 15 months. We’ve literally fallen in love over this period of time, just being stuck together every day and making it work,” he said, gushing, “Neither one of us [have] ever gone out the door and we are good at talking things out and 23 years is better than ever.” Streisand agrees and she even shared a similar sentiment on Instagram, writing, “There’s no one I’d rather be locked up with than you honey.”

It doesn’t matter what stage of life you’re in or how much you’ve gone through, if you use the past as a learning opportunity while remaining open to all of the possibilities the future holds, you can find great love at any age. Barbra Streisand and James Brolin are proof of this, but they also show us that finding The One doesn’t mean your union will be easy. Relationships don’t come with autopilot and even the best ones require plenty of teamwork so they can make it to the two decade mark and beyond.