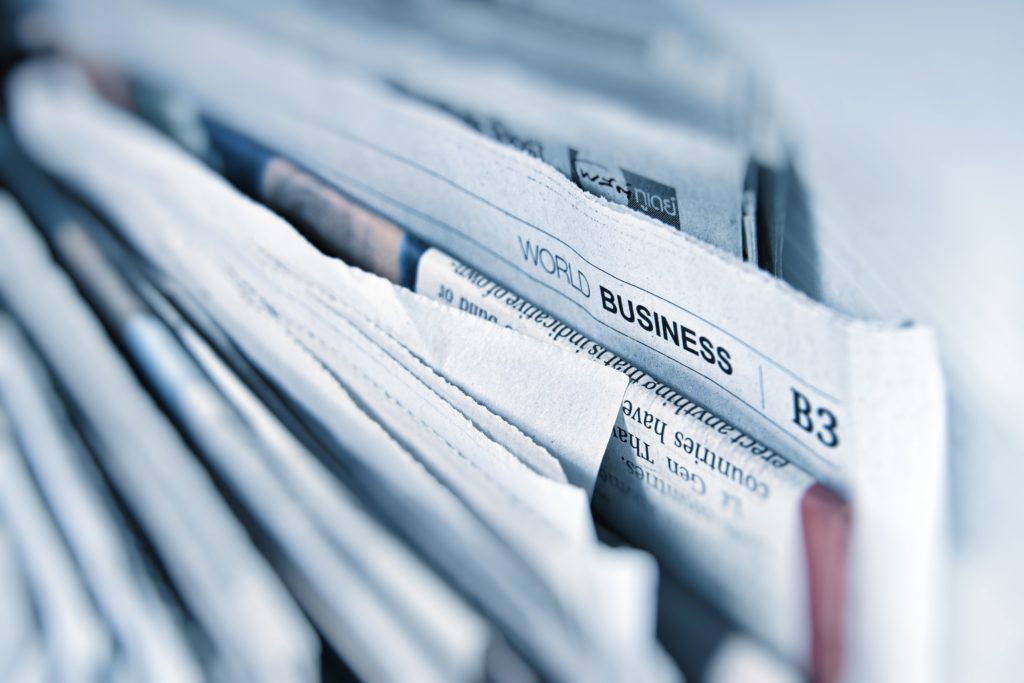 The fact that the news is largely negative is not itself news, but the extent to which it is can be surprising. I had this idea in mind the other night when I tuned into a half-hour daily news broadcast in my home country of Canada. Sure enough, the program more than lived up to my expectations: not a single story in the entire broadcast was positive. Only one was even neutral.

This is obviously a challenging time. But setting aside this variable, I’m fascinated by the news media’s bias towards negativity. Interestingly, it has almost always been this way. As far back as 1965, researchers Johan Galtung and Mari Holmboe Ruge identified negativity as a central component of what makes a story “newsworthy.”1) When a team of researchers suggested a revision of this newsworthiness model in 2001, they removed and added a few variables—but “negativity” remained intact.

There’s a simple reason why we’re surrounded by so much negative news: we respond more strongly to these stories than we do to positive ones, or even neutral ones. Negative stories connect with us on a deeper level, perhaps because we evolved to focus on threats in our environment, as I wrote about in Hyperfocus. Another study, conducted by Stuart Soroka and Stephen McAdams, exposed participants to negative news while monitoring their physiological response. They confirmed our negativity bias, finding even on a physiological level that negative news leads us to become more emotionally aroused, attentive, and reactive. Positive news, on the other hand, has no observable effect.

In favoring negative news, media outlets trigger our biological responses—and as a result, we’re more likely to subscribe, click, and share. While on some level we’d rather consume positive content, the numbers don’t bear this out. One analysis of Maclean’s magazine—a fine Canadian institution!—found that negative cover designs sold significantly more copies than those that were neutral or positive:

Soroka and McAdams are unclear as to whether this negativity bias is an entirely bad thing. As Soroka later wrote in a blog article for the London School of Economics: “[f]ocusing on negative information may be a perfectly reasonable way of managing a complex news environment. We typically need to change our behaviour, or our assessment of politicians, when something goes wrong, not when something goes right.” (I’ve copied the above chart from this same article.)

Regardless of this potential usefulness of negative news, consuming too much of it can also affect our mental health. Two studies illustrate this:

And negative news not only affects our mental health: it also provides a skewed perspective of the world. There absolutely are negative events happening around the globe in this very moment. But there are also nearly eight billion people on our planet—a number so unfathomably large that, much like the US national debt, it’s a difficult figure to process because we have nothing in our lives to compare it to. With so many people and all their experiences, there are guaranteed to be events spread across the emotional spectrum, from overwhelmingly positive to abhorrently negative. These happenings don’t all fall on the negative side.

This is not to discount the importance or impact of negative events, obviously. Yet, when you look at a given day in your life, it might look quite different. It might even look kind of, well, normal. Maybe you wake up, brew a cup of coffee, get the kids out the door in time for the bus, and settle in for a day of remote work. After work, you might rewatch Schitt’s Creek (one final Canadian plug!) or sink into a good book, before ordering in delivery. Or you relax while listening to a podcast, drink a glass of wine, and head to bed after reflecting on the day past. Some days are eventful, some are stressful or anxious, and yet, life goes on, just as it usually does.

Negativity is always there, often outside the boundaries of our everyday lives. A more cynical time is likely to draw this negativity forward because there’s an appetite for it.

But remember that the world is never as negative as the news or social media might have you believe. So the next time you tune into the news, recall the outsized effect this negativity can have on your mental health, as the two studies above illustrate. Consumed to an extreme, the news may not only give us a skewed perspective of what’s important—it may also rob us of the mental resources we need to make a difference.

You Have The Power To Be A Point Of Light | Tyler Perry Inspirational Speech | Goalcast
Jordan Peterson’s Ultimate Advice for Young People | JOURNEY TO SUCCESS
The Secret To A Life Worth Living | Powerful Motivational Speech by Tom Bilyeu
Morning Routine to Activate Your Brain | Jim Kwik | Goalcast
How to Persist, Be Patient and Succeed | Jordan Belfort | Goalcast