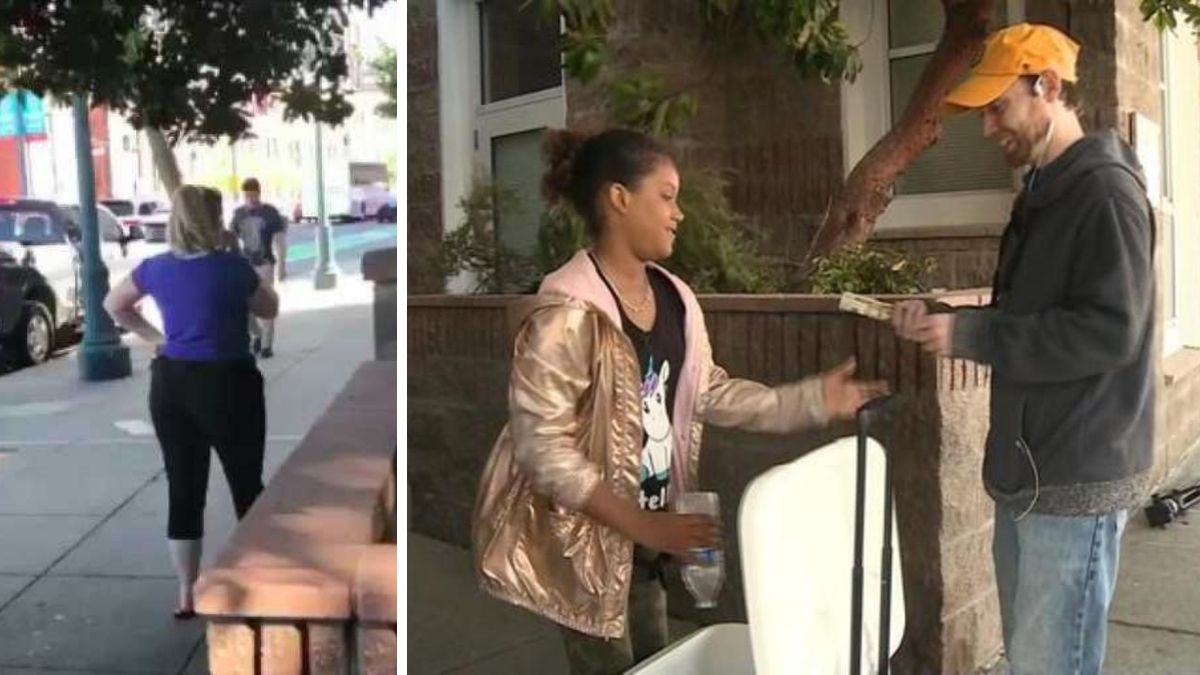 A scorching hot day didn’t deter little Jordan Rodgers. Per NBC news, The 8-year-old girl braved the heat as she sold bottles of water outside her home to raise money for her mom Erin Austin, who recently lost her job. Rodgers was hoping to raise enough money for a trip to Disneyland.

Business was booming until, Austin says, an angry woman stormed the scene with an absurd demand.

Erin Austin, said that the woman, now known as “Permit Patty,” told her daughter, “If you don’t show me a permit, I’m calling the cops.” You read that right: A permit. To sell water. From an 8-year-old.

In a video, Austin captures the woman – later identified as Alison Ettel – walking with a phone to ear, apparently speaking with police.

“She came out and walked directly up to my daughter and asked to see the permit,” she told CNN. “She’s not a loud kid. She’s not screaming. The men on the street selling parking passes are louder than her.”

As the story quickly flooded the media, Ettel came under heavy fire. She eventually had to resign as CEO of a company as partners started to cut ties due to the video.

In an interview with the Huffington Post, Ettel says that she just wanted some peace and quiet from the loud little girl.

“They were screaming about what they were selling,” she said. “It was literally nonstop. It was every two seconds, ‘Come and buy my water.’ It was continuous and it wasn’t a soft voice, it was screaming.”

She added that it was nothing personal – or racial.

“I have no problem with enterprising young women. I want to support that little girl. It was all the mother and just about being quiet,” she said.

In any case, Austin told Inside Edition that she still can’t wrap her head around what happened.

“What kind of monster calls the cops on a little girl? Whether she’s black, brown, orange, yellow, purple,” she said.

There was a silver lining to the story. A good Samaritan who saw the video offered to pay for the trip. Rodgers said she is “extremely” excited to go to Disneyland because she “has never gone.”

For her part, Ettel said that she regrets what she did.

“To the child, I am so sorry that you’re even dealing with this,” she said. “I would never want to crush anyone’s entrepreneurial spirit… I’d like to say I’m sorry to the mother in how I actually interacted with her, because I know I escalated it, too.”

Let’s all be kinder

It would be of some comfort to know that these sorts of incidents are rare, but they’re not.

The events were similar to BBQ Becky, the white woman who called the police on a black man for barbequing at a public park.

However, instead of focusing on one woman’s motives, we’d all be better to take a step back and check our assumptions when interacting with others. An open mind and some empathy can go a long way.

This is How to Be Bigger Than Yourself | Jim Carrey
When You Strongly Disagree with Someone: How to Find Common Ground
Deaf Comedian Turns Tragedy Into Comedy | Kathy Buckley Inspirational Video | Goalcast
U.S. shares plan to drastically reduce nicotine levels in cigarettes
How to Navigate Your Quarter-Life Crisis in 5 Easy Steps