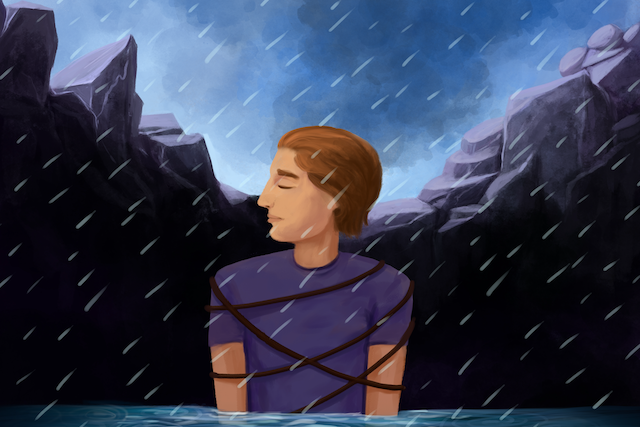 “Sometimes you get what you want. Other times, you get a lesson in patience, timing, alignment, empathy, compassion, faith, perseverance, resilience, humility, trust, meaning, awareness, resistance, purpose, clarity, grief, beauty, and life. Either way, you win.” ~Brianna Wiest

“Good as gold,” the cab driver replied as I nervously handed him the $20 bill and asked, “Okay?” He jumped in his cab and drove off.

I was pleasantly surprised by his politeness, as I was expecting him to argue with me for extra money because we went around in circles searching for the address that I had given him at the airport. These were the pre-GPS days, of course!

This was the start of my emotional rollercoaster upon arrival in New Zealand as a new migrant.

The first few days were filled with excitement and happiness. Discovering a new country, meeting friendly people, learning new things—all these experiences made me a wide-eyed migrant seduced by the charms of my new surroundings.

After a few weeks, the rollercoaster took a downward dive as I started getting frustrated with a spate of rejections. All my job applications brought forth polite rejection letters. The message I was getting was that my lack of local experience made me very unappealing to prospective employers. Nobody was willing to even interview me.

After months of fruitless searching, the rollercoaster finally took an upward turn. Driven to despair by the unwillingness of employers to grant me an interview, I decided to enroll in a university to acquire a local qualification in the hope that it might open a door for me. This out-of-the-box thinking got me my first job through a contact from the university. At last, a feeling of joy!

I felt that my problems had ended, and now I was set for a long and successful career in my adopted country. How wrong I was! It was time for the emotional rollercoaster to start its downward journey again.

Within a few months, my joy turned to confusion when my employer’s behavior went from being very pleased with me to finding fault with everything I did almost overnight. I struggled to understand what had changed.

A little while later I realized that my employer had hired me only to take advantage of a government scheme that subsidized (for a fixed term) employers who hired new migrants.

My employer blamed me for things that had nothing to do with me and attributed other people’s mistakes to me. His cunning plan was to make my life so difficult that I would quit the job. That way there wouldn’t be any awkward questions from the government department for him to answer about hiring me and then firing me within a few months.

I felt an overarching sense of sadness and disappointment when I realized that my initial thoughts of everyone in my new country being friendly was just an illusion. I learned the lesson that people were people, some good and some not-so-good, no matter what part of the world they were in. I parted ways with my first employer in rather unpleasant circumstances.

The long period of unemployment that followed created self-doubts in my mind.

“Did I do the right thing by moving countries?”

“Would I ever succeed in finding decent employment?”

Feelings of regret began to run riot in my mind.

“Why didn’t I find out more about my employment prospects in this country before deciding to move here lock, stock, and barrel?”

“I shouldn’t have taken such a big risk.”

Every time I heard about someone that I knew doing well back home, I felt sorry for myself. I started feeling like I’d made a mistake by moving to New Zealand. As I had burned bridges before migrating, I felt there was no way of going back and restarting from where I had left off.

By the time the rollercoaster took another upward turn, I had already been in the country for quite a while. It took four to five years for my career to stabilize and for me to start feeling satisfied with my decision of migrating to New Zealand. When you migrate to a new country, it’s not just the flight that is long-haul!

The reason for describing the story of my emotional rollercoaster is to share my experiences and consequent learnings with you. My hope is that if you ever find yourself in a similar situation, you might be able to alleviate your feelings of hopelessness with the realization that you’re not alone and you can get out of any difficult situation with the right mindset.

Let’s first take a look at the three P’s to avoid.

It’s important to separate your failures from your identity.

If we take every rejection, setback, and problem personally, our self-esteem takes a beating and we can easily go down the rabbit holes of despair and depression.

I was rejected over 200 times, without even getting an interview, before I got my first job. While I would never want to be in that situation again, or ever wish that upon anyone, I realize that I was fortunate not to allow myself to get dragged deep into the swamp of feeling worthless. In hindsight, I believe that this tough phase played a key role in building my resilience.

A failure or setback in one area of your life should remain contained to that area and not spill over into other areas.

When my emotional rollercoaster was on a downward slope, it felt natural for me to start linking my failure in landing a job to every other aspect of life in the new country. Negative thoughts started doing the rounds in my mind.

“This place is not right for me.”

The unfortunate consequence of such pervasive thinking is that it becomes a self-fulfilling prophecy unless you stop this vicious cycle before it becomes too late. Enrolling in a course was the best step I took at that time as it gave my mind something else to focus on.

3. Don’t think of any adversity as PERMANENT.

My challenge with finding a job as a migrant went on for a long time, but eventually, it did end. If I had adopted a mindset of permanence with thoughts like “I’m never going to succeed here,” my efforts would have waned. When our efforts start to taper off, the desired results start moving further away from us.

Now for the three P’s to adopt!

I’m sure you’ve heard the expression “good things take time.” Have faith in that!

Some things take longer than we would like. That’s just life. Have the willingness to wait as you keep following the process. Dedicate yourself to the process and allow the results to happen.

Too often people give up just before they’re about to crack the code. The ability to continue our efforts in the face of difficulty or forge through delay in the way of their success is what separates the winners from the also-rans.

Life is like an obstacle race. Get better at tackling the obstacles and continuing your journey toward your objectives. Take help, reach out for support—do whatever it takes to keep going.

I believe that this third P underpins the other two P’s that you should do to achieve success.

Without a strong purpose, it becomes easy to give up when the going gets tough. Purpose provides the fuel for motivation.

Figure out why you want what you want. What is driving you? Go deep, look beneath the surface—sometimes your real WHY can be hidden under superficial WHYs.

It can be difficult to have patience and perseverance if you don’t know the true purpose behind your goals.

Life is a journey of ups and downs. Realizing and accepting this fact puts us in a much better position to handle adversities. Most of our disappointment in life comes from having unrealistic expectations.

If you’re ready to handle the ups and downs of this rollercoaster of life, buckle yourself in and enjoy the ride!

Shiv Kumar is an online career and personal development coach based in New Zealand. With a background of thirty-five years at various levels in the corporate world, his mission is to help people like his former self break through mid-career blues and find satisfaction and fulfillment in their careers and lives. His coaching is available to people living in any part of the world. His website is www.thinklifecoaching.co.nz.

How to Persist, Be Patient and Succeed | Jordan Belfort | Goalcast
The Secret To A Life Worth Living | Powerful Motivational Speech by Tom Bilyeu
Jordan Peterson’s Ultimate Advice for Young People | JOURNEY TO SUCCESS
You Have The Power To Be A Point Of Light | Tyler Perry Inspirational Speech | Goalcast
Every Parent Needs To Know THIS One Simple Truth | Dr. Shefali | Inspiring Women of Goalcast