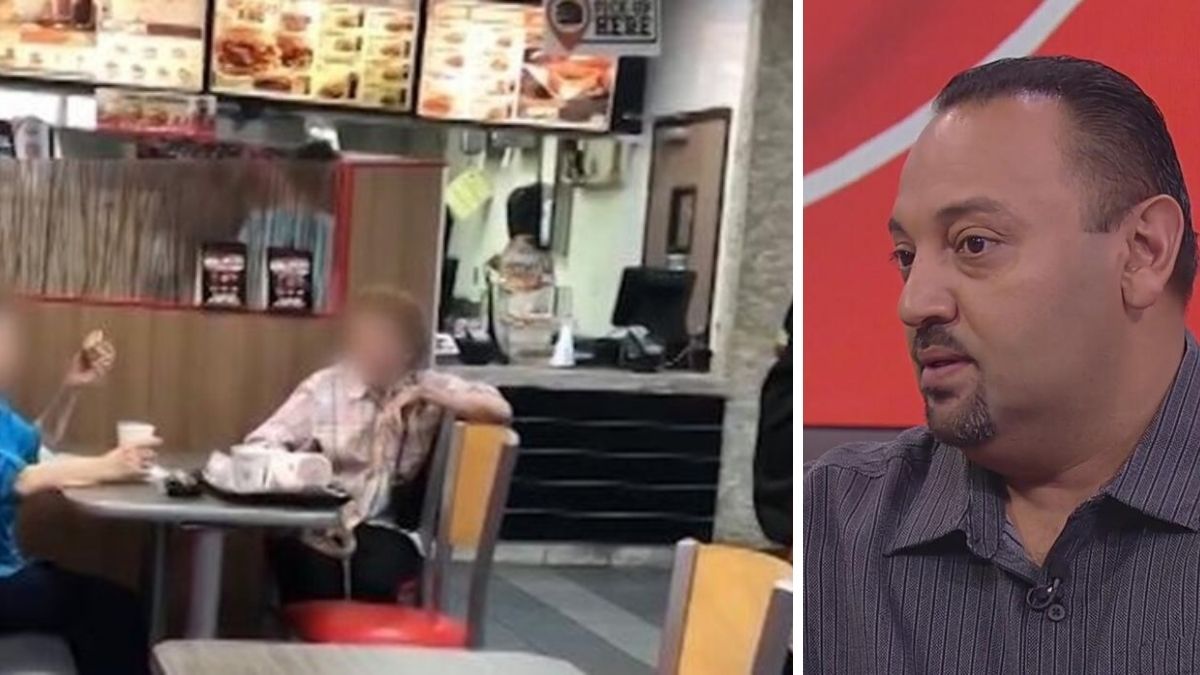 While it’s not secret that fast food isn’t fine cuisine, there will always be customers bellyaching about food or service.

Ricardo Castillo, manager at Burger King in Eustis, Florida for over 18 years, has heard it all – or so he thought.

One day, two foul female clients had a specific complaint.

Their issue? Castillo had the nerve to speak with a client in Spanish instead of English, which spoiled their meal. A customer caught the whole absurd racist rant on video.

“Go back to Mexico if you want to keep speaking Spanish. Go back to your Mexican country, or Mexican state,” shouted one woman.

“If you’re in America, you should speak American English.”

According to KRON4, Castillo said that he’d never had a customer be so hurtful.

It’s my first experience. It never, ever, ever happened to me before

Although hurt, Castillo was having none of that in his house.

‘You’re being prejudiced and I want you out of my restaurant right now,’ he ordered.

‘I’m not being prejudiced,’ one of the women replied.

‘I want you to leave,’ repeated Castillo.

The dispute ended with both women leaving the restaurant.

This sad story, however, had an uplifting ending to it.

Shortly after the incident, a letter was sent to the restaurant. It was an apology from the two women, who turned out to be sisters.

Their letter explained they both lost their husbands, one of them very recently, and were both having trouble coping with the loss as well as financial troubles. They said their pain and stress led to an “irrational moment.” It was a moment they said they regretted.

It was signed by “Two Old, but Much Wiser Ladies.”

Despite the hurt feelings, Castillo told WFLA that he accepted their apology.

We all make mistakes, we’re not perfect. When you’re mad and enraged you just say something you don’t really mean

However, he went a step further. Taking to Facebook, Castillo started a fundraiser for the two women to help them with their financial strain.

Castillo added that he hoped to meet the sisters again soon, and that they’re always welcome back in his restaurant.

You’d understand if Castillo held onto his anger at the two women, even after reading the letter.

We’re all the same. We all bleed the same. We’re all human beings. We should all be looking out for each other

However, their letter reminds us of one truth: hurt people hurt people. You never know what’s behind someone’s worst moment.

By reaching out to help them, Castillo showed a courage that we can all learn from when faced with ignorance: The courage to see what we share in common.

Our differences make us unique

We all have the same blood flowing through us despite where we come from or where we live.