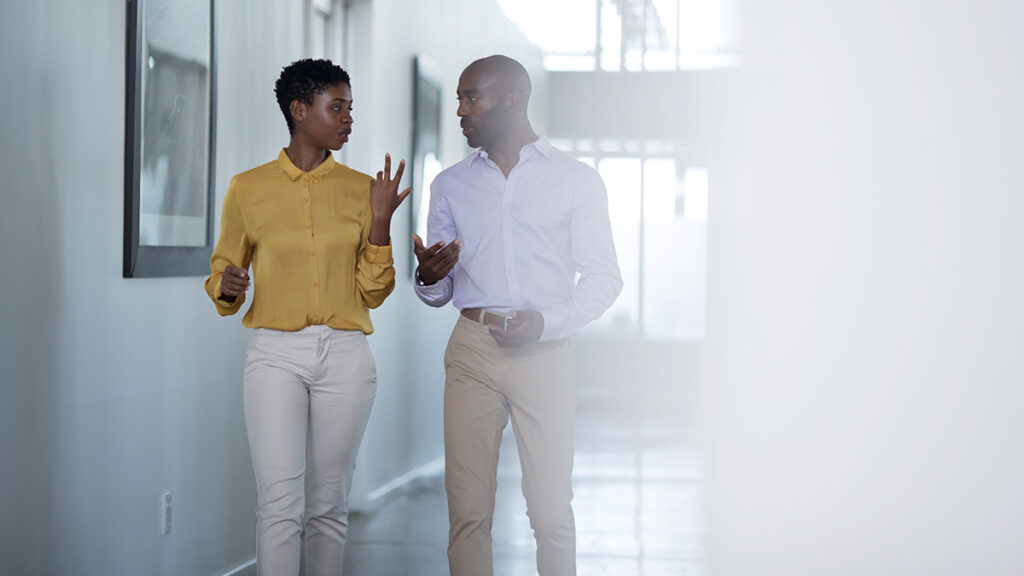 Language is believed to have evolved around the same time as Homo sapiens, between 50,000 and 150,000 years ago. There are many theories about the origin of language, and why the quantum leap to speech occurred. Noam Chomsky, the “father of linguistics,” believes that language evolved suddenly, in “perfect” form, rather than developing over a period of time.

The evolution of language remains a mystery, and has been referred to as the “hardest problem of science.” In Sapiens, Yuval Noah Harari argues that humans underwent a cognitive revolution which uplevelled the way we could communicate. Unlike other species, humans have developed the ability to communicate ideas, and talk about things that don’t exist. Language allows for storytelling, myth, and co-operation. It’s the foundation of co-operation and civilisation.

Language is the exchange of information, to create understanding. It’s an intricate form of communication, only used by humans. Considering its impact, and how heavily modern living relies on the written and spoken word for communication, it’s surprising that the majority of communication isn’t based in language at all, but is what is known as nonverbal communication.

So whether you’re looking to impress in a professional setting, or exude confidence on a first date, this article is for you, and will certainly help boost your nonverbal communication skills.

What is nonverbal communication?

Unlike most of the spoken word, which is usually consciously thought of, aside from an occasional Freudian slip or outburst, nonverbal communication is instinctual. That makes it more difficult to hide; consequently, body language tends to be more truthful about a person’s authentic state than words alone.

Joe Navarro is a former FBI agent and one of the world’s leading body language experts. He refined his understanding of nonverbal communication while working in counter-terrorism and counterintelligence, and now teachers others the intricacies of body language. In his blog, he writes about the honesty of body language:

“Quick, authentic, and reliable: body language, as I said in What Every Body is Saying, is the ‘shortcut to communicating what is most important’ because it has been evolutionarily beneficial. And it is not just about survival or threats, although that is the primary reason we react to certain things so visibly (loud sounds make us freeze or cower in place). Our brain also telegraphs our intentions… Which is why we say when it comes to communication, body language is more truthful than the spoken word.”

Nonverbal communication works both ways; not only do we give away our true intentions (think facial expression) with our body language, but we pick up on these signals in others, and tend to notice when someone’s speech doesn’t match their nonverbal cues. This can be unsettling, and we might just sense something is off. Understanding non verbal communication can clue you into hidden information, even if you don’t quite know what that is.

Types of nonverbal cues and communication

To give some perspective to just how complex nonverbal communications are, our faces contain 43 different muscles that are able to make over 10,000 combinations and dozens of facial expressions. Factor in nonverbal elements like eye contact, posture, gestures, and movements throughout the body, and it becomes clear how much is communicated before a single word is spoken.

As noted above, our faces are able to convey huge amounts of information that don’t require a verbal message to be understood. Obvious facial expressions include frowning to indicate sadness or smiling to show happiness. Interestingly, while there are a great deal of cultural differences between societies from around the globe, facial expressions tend to be universal.

The idiom written all over someone’s face captures how the face can clearly depict how someone is feeling, and how certain types of nonverbal communication is hard-wired into our brains.

From shaking of the head to rolling of the eyes, we rely on gestures daily, often without thinking. Roman Emperors sealed the fate of gladiators with a nonverbal cue (a simple thumbs up or a thumbs down). Gestures and body movements can warn others, call for help, or reassure others everything is okay — all at a distance. Unlike facial expressions, not all gestures are universal, with different meanings in different cultures.

As the saying goes, the eyes are the gateway to the soul. Eye contact plays a big part in nonverbal communication. Avoiding eye contact sends messages of shame, guilt, or low confidence. Healthy, maintained eye contact, on the other hand, implies confidence or attraction. As Navarro writes, “The eyes serve as conduits of information we have relied on for thousands of years. We rely on them because of their accuracy.”

You don’t need to be an expert at active listening to know that when people are confident, they tend to be more expressive with the body. Arms crossed might be translated as disinterest, guardedness, or anger. Open body language, which is relaxed and accommodating, tends to make a good impression, and common metaphors reflect this — think of the difference between giving someone the cold shoulder, or welcoming them with open arms.

Also called proxemics, the distance in which someone stands next to someone is a significant part of nonverbal communication. Have you ever felt threatened or uncomfortable when a stranger stands too close? Conversely, if you’re in love with someone, you will likely want to get as close to them as you can.

“We evolved to react to spatial violations for the purposes of survival,” Navarro writes. “And we have to be sensitive to spatial needs — our own and those of others.” Notice how, when going through relationship difficulties, people tend to say that they “need space?”

Physical touch is a significant part of bonding with others, as well as a way to show affection and care. The social lockdowns of the corona pandemic highlighted the importance of this form of nonverbal communication for mental and physical health. Loneliness, in particular, can be sparked by a lack of touch.

Paralinguistics is the scientific term given to forms of vocal communication that are separate from language. This includes the speed, volume, and intensity of speech. Essentially, the “tone of voice” that someone uses conveys as much as, if not more, than specific words. Paralinguistics include sighs, gasps, and moans, or noises such as “mhm” or “hmm”.

Why is nonverbal communication and nonverbal behaviors important?

One of the most well-cited studies into nonverbal communication was conducted at UCLA by research psychologist Albert Mehrabian and his colleagues in 1967. The results were remarkable — according to the study, communication is based upon 7 percent verbal, 38 percent vocal, and 55 percent facial.

That means that 93 percent of communication is nonverbal!

Although Meharabian’s findings have been disputed, experts tend to agree that nonverbal communication accounts for between 70 percent and 90 percent of communication.

Another key finding of Mehrabian’s research was that people tend to trust what aspect of communication they believe to be true. For example, if they feel that someone’s body language is conveying true meaning, and not their words, they’re more likely to dismiss the spoken message.

This aligns with humanistic psychologist Carl Rogers’ theory of congruence. Rogers identified congruence as a form of authenticity, where someone remains true to themselves and doesn’t hide behind a facade or mask. For Rogers, being congruent is an essential part of effective therapy, because incongruence from the therapist would be detected in the client.

Without congruence, people have to resort to mind-reading to understand the person’s true intentions, which is far from an ideal way of communicating, as it leads to assumptions and speculation. Although congruence is an ideal way of communicating, without self-awareness, true emotions may remain unconscious, leading to incongruent behavior. One example would be someone who is visibly angry, but says they’re okay when questioned.

Smooth communication requires a mixture of verbal and nonverbal communication. A lack of consistency between feelings, body language, facial expressions, and what is verbally communicated can cause mistrust and a breakdown of communication — even if the person receiving the communication isn’t consciously aware of the reasons why. Because of this, Rogers noted that congruence is on a continuum, it isn’t all-or-nothing.

The benefit of nonverbal communication in relationships

Bringing this all together, it becomes apparent the value of nonverbal communication applies to all types of relationships — from professional to friendships, to romantic connections. Although nonverbal communication is largely instinctive, that doesn’t mean you can’t improve your body language, or be more purposeful with your tone of voice.

It starts with self-awareness. Learn the different patterns or nonverbal cues you tend to use. Do you make healthy eye contact? Are you conscious of people’s personal space when you talk to them? Do you pay attention to your tone of voice, and how you deliver what it is you wish to say?

You don’t want to become robotic by learning about positive body language and rigidly applying rules. Human interactions are vibrant and varied, and most of the time, being authentic and engaged with whoever you’re interacting with will have an impact on the nonverbal cues you send. However, the below pointers are a good starting point:

You might have to develop your own unique language with your partner, by understanding their needs and what works for both of you.

We live at an age where more and more communication is done through technology and the spoken or written word. You can’t high-five on Zoom or hug on Facebook, yet we’re social beings that have evolved to understand nonverbal cues. It’s an instinctive and deeply ingrained part of human interaction.

Whether we realize it or not, in every interaction we’re responding to nonverbal cues, from how comfortable we feel in someone’s presence, to how much we trust someone or believe what they say. So why not step back, and take time to refine your nonverbal communication? The results will pay off, one interaction at a time.

You Have The Power To Be A Point Of Light | Tyler Perry Inspirational Speech | Goalcast
Jordan Peterson’s Ultimate Advice for Young People | JOURNEY TO SUCCESS
The Secret To A Life Worth Living | Powerful Motivational Speech by Tom Bilyeu
Every Parent Needs To Know THIS One Simple Truth | Dr. Shefali | Inspiring Women of Goalcast
Morning Routine to Activate Your Brain | Jim Kwik | Goalcast