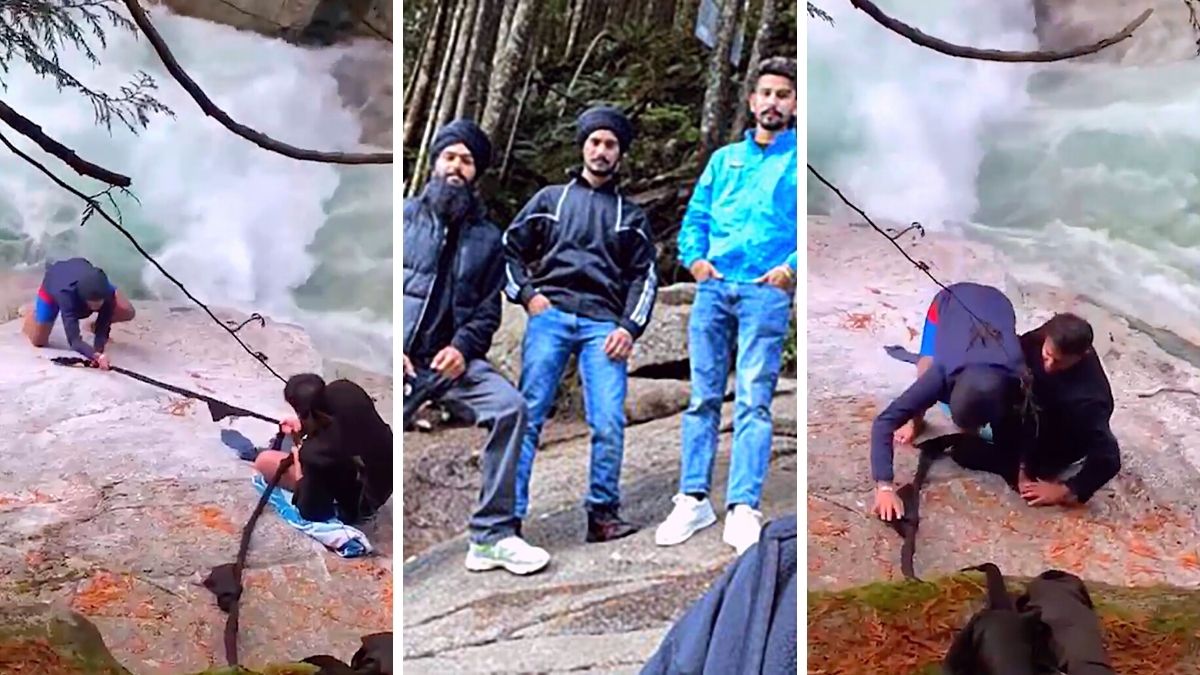 The Sikh faith supports selfless giving to others, and that was very strongly put into motion during a recent crisis. Several Sikh hikers saw a man in danger of falling into a waterfall. Without thinking about their own safety, they jumped into action to save his life.

Stuck in a precarious position

The danger became apparent when Ridge Meadows Search and Rescue got a call at around 6:00 p.m. on October 11 alerting them that there were hikers in trouble above the Lower Falls at Golden Ears Provincial Park in British Columbia.

A man had fallen just above the Falls, and he was finding himself unable to break free and get out.

The rescue team sprung into action but before they could get there, a group of regular hikers discovered the stranded man and decided to help. They needed to find a way to reach him and get him out.

The hikers were practicing Sikhs and were wearing traditional dastaar turbans. These turbans involve long pieces of wrapped cloth on their heads. In order to save the man, they unwrapped their turbans and used it to reach him.

We were trying to think how we could get them out, but we didn’t know how to. So we walked for about 10 minutes to find help and then came up with the idea to tie our turbans together.

The innovative idea worked like a charm. The men hiked to the area right above the stranded man, and used their unwrapped turbans to make a rope, lowering it to the hiker.

“The rocks there are quite slick and it can be really difficult to get back out of it, especially if you are wet and cold,” Rick Laing, a member of the search and rescue team, said. “So, they were fortunate that these five young men happened by and were able to get him out and back up to the trail.”

Several people are injured each year as a result of slips or falls. It seems about once every one to two years, someone will be swept over the falls and die as a result of their injuries.

Help others in need

When this team of hikers saw a man who desperately needed their help, they knew without hesitation that he had to be rescued. Even though many things could have gone wrong with the plan, these brave young men did not worry about their own safety and only wished to save a person’s life. The mission was successful – and truly an act of selflessness. It’s something we can all learn from!

“A hero is somebody who is selfless, who is generous in spirit, who just tries to give back as much as possible and help people.” – Debi Mazar

Every Parent Needs To Know THIS One Simple Truth | Dr. Shefali | Inspiring Women of Goalcast
You Have The Power To Be A Point Of Light | Tyler Perry Inspirational Speech | Goalcast
How to Persist, Be Patient and Succeed | Jordan Belfort | Goalcast
The Secret To A Life Worth Living | Powerful Motivational Speech by Tom Bilyeu
Jordan Peterson’s Ultimate Advice for Young People | JOURNEY TO SUCCESS