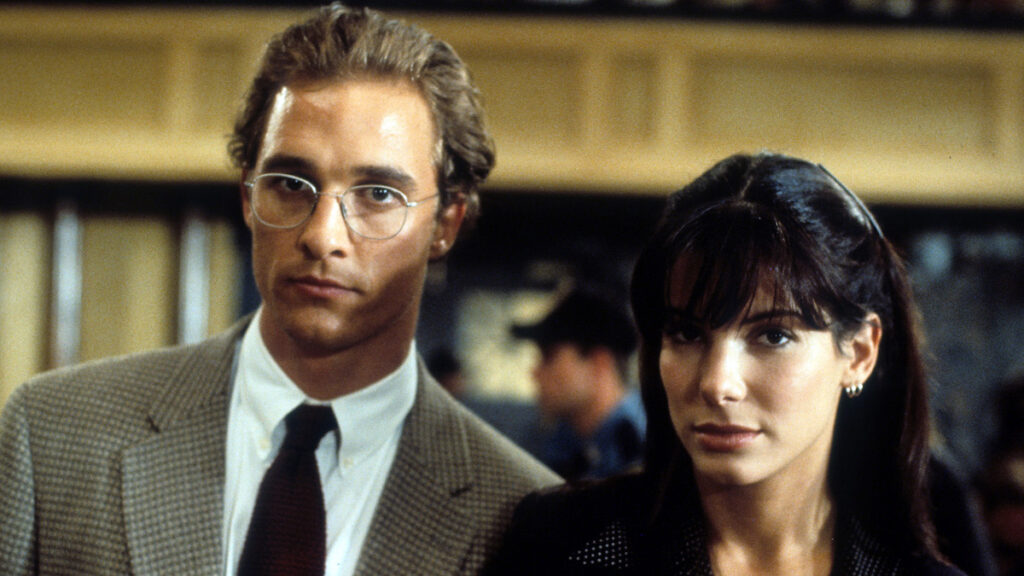 That’s why our favorite Hollywood romances are drawn to the concept of serendipity, like bees to honey. Two people don’t just need passion and compatibility to make their love work in the long term; they need to stumble across each other at the right place at the right time. That’s exactly what’s going to make or break your possible connection. If you don’t have time on your side, how else are you going to be able to focus on anything else?

Everyone’s had their sliding doors moment —where a seemingly inconsequential moment ends up being critical to the trajectory of your life, where you were this close to altering the course of your life, but you went the other way, where a minute action triggers a butterfly effect that impacts everyone in its path. Without getting too philosophical, these ‘what-if’ moments have lasting repercussions, whether we like it or not.

Just look at Sandra Bullock and Matthew McConaughey. Two of show business’s most acclaimed, beloved actors had fallen in love once upon a time, but what could have been an epic love story for the ages turned out to be something else entirely.

Back in the 90s, before Sandra Bullock and Matthew McConaughey had reached the peak of their fame, a romance brewed between them. Celebrity gossip wasn’t nearly as invasive or widespread at the time, so Sandra and Matthew were able to have a fling under everyone’s radar. They met on the set of the 1996 film A Time To Kill and immediately felt the sparks flying. What’s funny is that Matthew was rumored to have dated a second co-star from the same movie: Ashley Judd, who played his wife on-screen and was the biggest name on the call sheet at the time. It’s difficult to pinpoint the exact chronology of when Matthew dated Ashley, but it’s entirely possible he was seeing two women at the same time in a casual fashion.

Either way, both Sandra and Matthew were so tight-lipped about their relationship they were able to keep it a secret for about two years. It’s unclear why they broke up, but there could have been a timing issue as they were both aspiring, ambitious performers struggling to find time in their calendars. Alternatively, this might have also been a case of maintaining professional boundaries, especially in an industry that lacks some defined ones.

Maybe we had certain crushes on each other at certain times, but we always just kind of kept it professional.

Matthew McConaughey explained his reluctance to date co-stars when promoting his memoir Greenlights, saying established couples who go on to act together are not as “sizzling” as they were in their first move. That’s why he tries his best to “keep it professional” with these women, but he does admit he’s had crushes on them “at certain times.” However, these crushes eventually faded away because both Matthew and the woman don’t want to get caught up in a messy affair, or they might be pursuing something more serious with someone else, and they “both respected that.”

Their relationship might have ended by the time by the time the new millennium rolled around, but their friendship was only getting started.

Over the years, Matthew and Sandra have forged a wonderful, respectful, and platonic rapport that’s been far more meaningful than a casual dalliance. They’ve shown up for each other at each and every turn, have honored each other in multiple industry affairs, and continue to socialize with each other’s partners independent of showbiz duties. When asked about their enduring friendship, Sandra said there’s always been abundant “respect and love” between the two of them, and it’s what steers them towards each other. They do have to put in a fair bit of “work” to preserve their relationship, but, at the end of the day, it’s worth it because you’re getting a terrific friend on the other side.

Despite Matthew being her ex and having his own family with Camila Alves, Sandra feels “cared for” by him, which means more than anything else in the world. Funnily enough, Sandra has developed a friendship with Camila, too. They’ve been photographed together many times and seem to be getting along superbly – if that isn’t a testament to Matthew and Sandra’s friendship, we don’t know what would be.

I feel very cared for by Matthew. No matter where he is in his life or where I am in mine—he could be married—I know we would stay close.

The sentiment is reflected on Matthew’s end, too. At the 2014 Guys Choice awards, Matthew paid homage to his former girlfriend by saying, “I’ve worked with you. I’ve tried to kiss you, successfully and unsuccessfully. I’ve been directed by you, in a short film and also to the exit of many bars,” he said while presenting her the Decade of Hotness award. He said he’s “glad” to have known her for over twenty years and then congratulated her on her trophy.

In a more recent Playboy interview, Matthew confirmed they’re still “friends” and said he’d love to put “another version” of their relationship on the big screen. He described the Blind Side actress as “not a little girl” but a “woman” who is so intelligent and thoughtful and charismatic she could “run a country.”

[Sandra] and I have another version of our relationship to put on film, and we’re looking for something. She’s not a little girl. She’s a woman. She could run a country.

To sing high praises of an ex like that is nothing short of striking. In a landscape where most couples are expected to part ways in bitterness and animosity, Sandra and Matthew have gone above and beyond to keep each other in their spaces and strengthen their friendship over time, especially as they reach their middle ages with their growing families.

Keep your regrets away

Regretting missed opportunities is an inevitable part of life, but these failures don’t just signify what didn’t happen; they also indicate the beautiful moments that can take place in their stead. If one door closes, another will open in no time. So instead of dwelling on hypothetical scenarios that go nowhere, we must take inventory of all the beautiful experiences we’ve been able to have despite losing out on our preferred outcomes.

For example, had Matthew and Sandra continued their relationship through the nineties, what’s to say they would have made a healthy couple? Who’s to say they wouldn’t encounter other internal issues within their partnership? We can’t focus on the alternative realities when the actual reality — where Matthew and Sandra have become so tight — is just as special and fulfilling. It might not be what we had envisioned in the beginning, but as long as it’s serving a purpose in your life, it’s a win nonetheless.

“The love that comes from friendship is the underlying facet of a happy life.” – Chelsea Handler