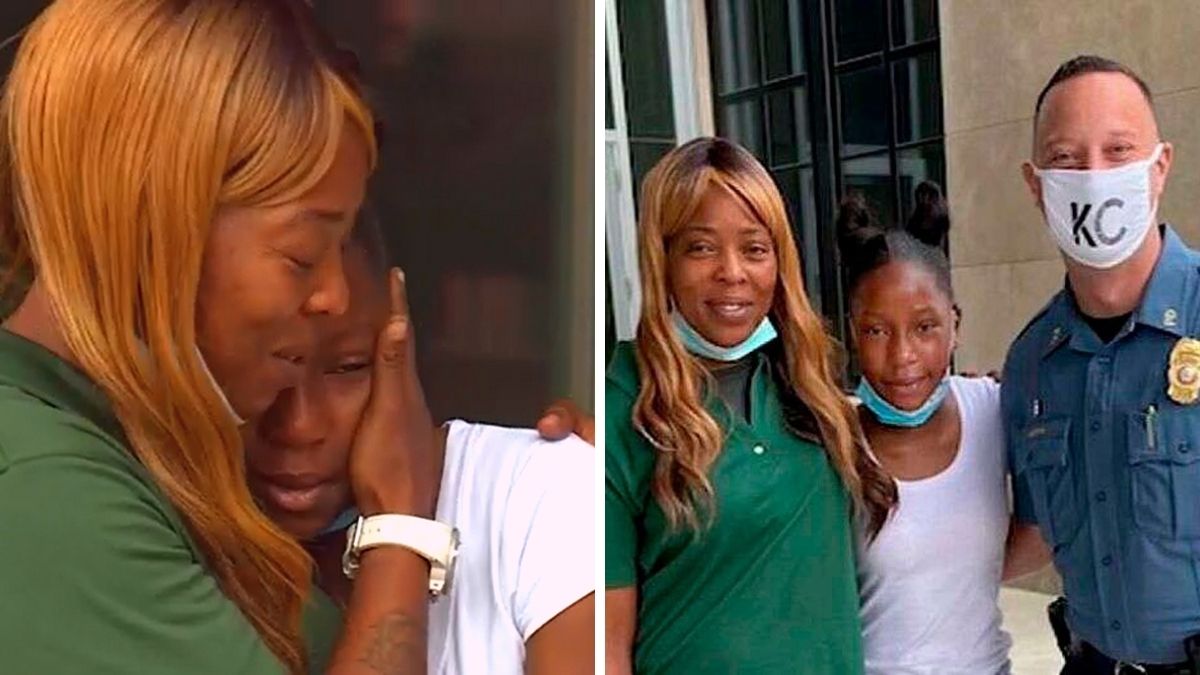 Shetara Sims has gone through her fair share of hardship in her life. Back in 2021, he sister was tragically murdered and more recently, she lost her job due to the pandemic. Finding herself without employment, Shetara was thrown in a stressful situation to say the least. Yet, that did not stop her from being compassionate to a family in need, even at the expense of her own well-being.

A lottery ticket that would change her life

With only $7 to her name and bills that were piling up, she walked to a local grocery store with her youngest daughter. She then found a dollar bill on the ground of that parking lot. Feeling like it was a strike of luck, she decided to take her chance and use that dollar to buy a lottery ticket—and won $100.

Many people who are down on their luck would have used that $100 towards paying a bill or getting groceries, but Shetara had other ideas.

She had recently heard about a police officer, Tyler Moss, who had been shot in the head in the line of duty.  She very much remembered what her family had gone through when her sister was killed and how kind the police officers had been to her.

“The detectives were really there for us,” Sims says. “They came to see my kids. They were fathers, therapists. They were every­thing.” Shetara and her daughter Rakiya decided to give the money she had just won to the officer’s family.

It was her turn to give back

Resolved to give it back, Sims called the police and made an anonymous donation – but it didn’t stay anonymous for long. The police tracked Sims down and then were even more moved when she explained her own story.

“With her current financial hardship, we encouraged her to keep the money,” the department later explained. “She refused, saying the officer’s family needed it and the police needed to know they were supported.”

Needless to say, they were touched by her selfless act.

To hear her call and just express thanks for no reason other than she’s thankful, it’s really impactful to us and it’s really touching to us.

What goes around comes around

Touched by her generosity, the police decided to return the favour and set up a ­GoFundMe page for Sims, whom they now called the “The Woman with the Heart of Gold.” Their goal was to reach $10,000. As of January 11, 2021, they had raised $165,405. And more good news: Officer Moss, who had a 1 percent chance of survival, is out of the hospital and doing well!

Sims’ incredible selfless act did not go unnoticed. Instead, it turned out to be a blessing in disguise, proving that kindness rarely goes unnoticed.

give back when you can

“There is no exercise better for the heart than reaching down and lifting people up.” – John Holmes