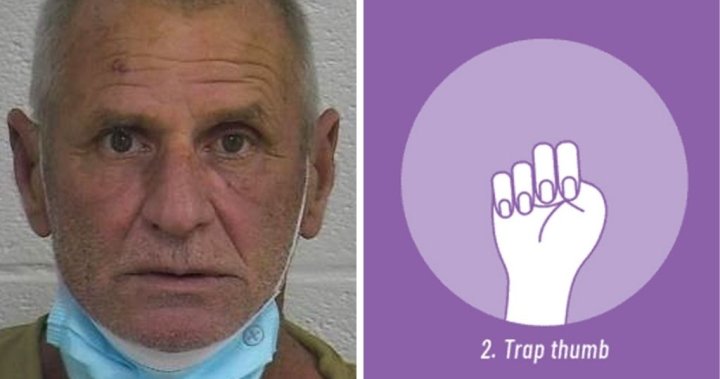 A kidnapped North Carolina teenager was rescued by police last week after signalling for help using a hand gesture she learned on TikTok.

The 16-year-old used the hand signal, originally meant as a nonverbal cue to help victims of domestic abuse, to signal distress to a passing motorist.

The 911 caller called Kentucky authorities Thursday to report that they saw the underage passenger flash the sign, which consists of tucking your thumb into your open palm and then closing your fingers down over your thumb.

The “Signal for Help” campaign was started by the Canadian Women’s Foundation in 2020, and has spread across social media in that time. It began as a way for people to alert others to possible troubles at home, at a time when many people became housebound due to the pandemic.

It’s been a year since we launched the #SignalForHelp with @JuniperParkTBWA.

It’s gone viral on TikTok, been reimagined by talented artists, and been shared by organizations around the world.

Thank you for joining the conversation on #GBV and #COVID19: https://t.co/EaqYCB1lkP pic.twitter.com/xKYjOZ2A99

According to the Laurel Country Sheriff’s office, investigators were able to stop the vehicle as it exited the highway and learned that the teen had been reported missing by her parents from Asheville, N.C. two days earlier.

The driver that alerted authorities was able to follow the car, giving mile markers as they passed, and told police when the vehicle left the highway.

“(It) was wonderful for us because we knew when that vehicle was going to arrive,” Acciardo said.

1:53
‘Do whatever you need to do’: Alberta woman who fled domestic abuse during COVID-19


Suspect James Herbert Brick, 61, was arrested at the scene and charged with unlawful imprisonment. The sheriff’s office said they found images on Brick’s phone showing the girl in “a sexual manner.”

The girl and the driver were acquainted, and she initially went with the man willingly, but at some point got scared.

Investigators said Brick and the girl travelled through North Carolina, Tennessee, Kentucky, and Ohio, where the pair allegedly stayed with Brick’s relatives. When his family realized the girl was underage and reported missing, the pair took off.

Brick was booked into the Laurel County correctional centre on a $10,000 bond pending a court hearing on Tuesday.