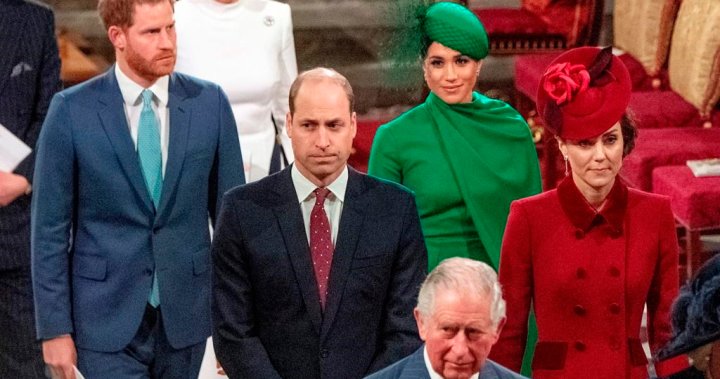 The British Royal Family has come out swinging, accusing the BBC of giving credibility to “overblown and unfounded claims” in a new documentary that puts the spotlight on the relationship between the media and the younger generation of Windsors.

The Princes and the Press, the first part of which aired on U.K. television Monday night, examines how the media has treated the younger royal couples — the Duke and Duchess of Cambridge (Prince William, Kate Middleton) and the Duke and Duchess of Sussex (Prince Harry, Meghan Markle) — and the disparities in press coverage between the two.

The three royal households — Buckingham Palace, Kensington Palace and Clarence House — have called the two-part series “disappointing” and have criticized the BBC for lending “credibility” to the idea that other members of the royal household leaked damaging information about the Sussexes to the press over the years.

“A free, responsible and open press is of vital importance to a healthy democracy. However, too often it is overblown and unfounded claims from unnamed sources that are presented as facts and it is disappointing when anyone, including the BBC, gives them credibility,” read the statement, which was broadcast at the end of the program’s airing on Monday.

The BBC’s media editor Amol Rajan spent months putting together interviews for the documentary, which included speaking with journalists and private investigators who found themselves becoming part of the royal narrative.

His documentary offers a behind-the-scenes peek at some of the unseemly — and in some cases, disturbing — inner workings that have been kept hidden from the public.

For instance, Gavin Burrows, a private investigator hired by the now-defunct News of the World, describes how he worked “ruthlessly” to access the medical records of one of Prince Harry’s former girlfriends, in an effort determine whether she’d ever had an STI or abortion.

“I basically was part of a group of people that robbed (Harry) of his normal teenage years,” he tells the camera.

Many of the journalists interviewed claim there is an “unspoken deal” between the royals and press, and that the family gives access to news outlets that promise favourable coverage.

Read more:
Barbados to cut ties with Queen Elizabeth after years of trying

“The Windsor deal is the royals get to live in a palace, they get some taxpayer funding, in return as long as they grant access and a steady supply of stories and pictures, they get favourable coverage and that helps them to renew their emotional contract with the people,” Rajan tells the audience. “But that deal only works if both parties stick to their side of the bargain. And the question is: ‘Would the children of Princess Diana want to play that game?’”

The first episode covers the events following Queen Elizabeth’s Diamond Jubilee in 2012 up to the Sussexes’ 2018 wedding. At first, the media seemed excited about a new generation of royals, but over time began to sour on the Duke and Duchess of Sussex. Reports on the couple became increasingly racist and misogynistic in a way that was never a problem for the Cambridges.

“William and Harry’s relationship with the media was formed fundamentally from their childhood and their experiences of their mother’s relationship with the media,” royal contributor Victoria Murphy details in the documentary. “And that has absolutely shaped everything about how they both see the media. But we’ve seen as they both get older, how that’s manifested itself in different ways and the different paths that they have taken.”

The film examines some of the illegal activities, like hacking and wire tapping, that landed the press in hot water in the late 1990s and early 2000s, and how these activities were used to target members of the Royal Family.

The first episode also details some of the competition between the royal households, and journalists share how quickly members of the Royal Family turn on each other. Many of the film’s interviewees share how willing the various households are to leak unflattering information to the press.

“I think at the best of times, the palace is a nest of vipers and there’s always a bit of backbiting going on,” Richard Palmer of the Daily Express says in the film.

As of this writing, The Princes and the Press is not available for streaming or viewing (as yet) in Canada.

You’re Making Decisions The Wrong Way – Here’s How to Do It Right
Why Stability Feels Unsettling When You Grew Up Around Chaos
The Power of Reframing: 3 Ways to Feel Better About Life
How to Navigate Your Quarter-Life Crisis in 5 Easy Steps
How to Live an Extraordinary Life, Starting Right Where You Are