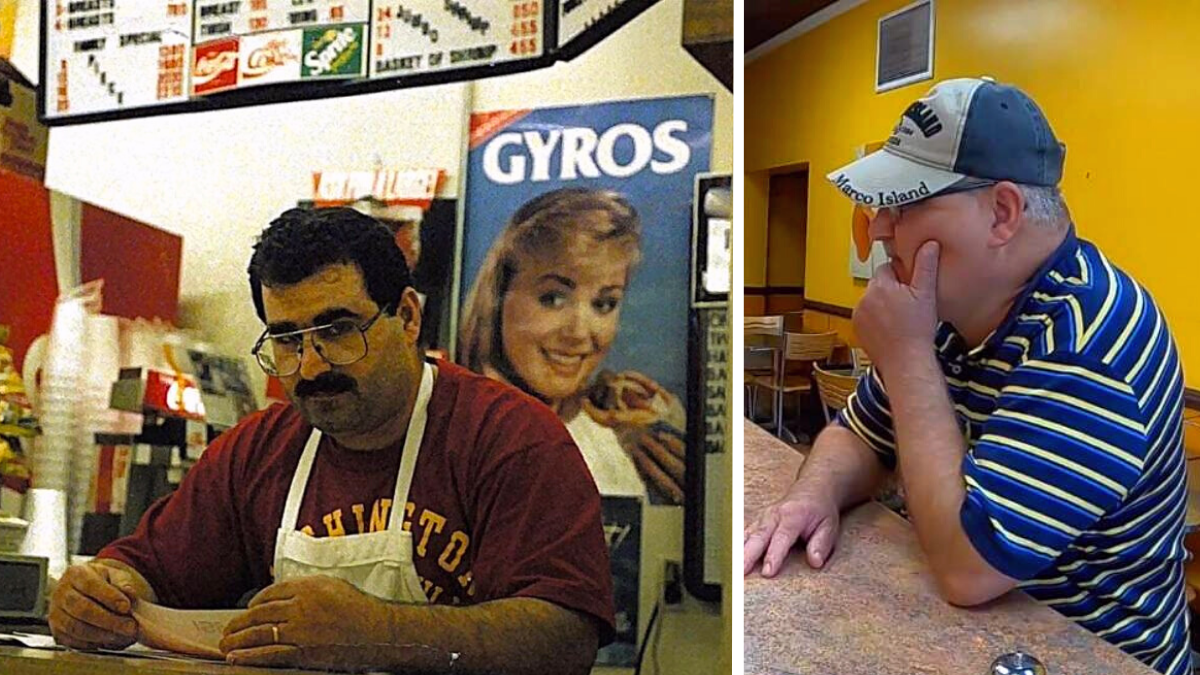 In 2007, when a pizza joint bought the space that used to be “Chicken Tonight,” the previous owners never expected to possess the restaurant again. But two brothers Danny and Johnny Dubbaneh surprised their family with the keys to the space fourteen years after the original restaurant- which was founded by their Uncle Dave and Grandpa Fayez- closed.

Buying back the restaurant

In 1982, Uncle Dave and Grandpa Fayez opened a restaurant in Rockville, Maryland. After being converted to a pizzeria for some time, Danny and Johnny brought the spot back into the family. In the location of their late grandfather and Uncle Dave’s restaurant, the brothers are opening a Middle-Eastern bakery called “Z&Z.”

The surprise of a lifetime

The brothers filmed the surprise which showed an emotional reunion between a man and his former restaurant. A photograph of their grandpa in the 1980s in front of “Chicken Tonight” shows that much of the site looks the same: same trees, same layout, same garden beds. But their grandfather isn’t there anymore.

“He was the real deal,” Danny said of his grandfather.

In the video, the whole family gathers outside the old pizzeria and wonders why it’s closed. When Uncle Dave tries the locked door, one of the brothers pulls out a key. What follows are a lot of hugs and happy tears.

“Seriously? You bought it?” Uncle Dave asks in shock.

Back in the kitchen of his former restaurant, Uncle Dave points out the things that have not changed. He touches a sponge that had been taped to a pipe that hung low over the sink.

“So many times, man, I got my head banged up,” he told his nephews.

In the back of the space, inside an electric box, was Grandpa Fayez’s handwriting, maintained over all these years. Miraculously, during renovations, they found some other priceless family gems, like a photo of the grandchildren together which had been hidden under a floorboard.

We wish our grandfather was around to see this place. He loved it so much. It’s nice to call this place home again.

The story resonated with many viewers who also understood the value of family. They took to the comments section of the video to relay their blessings and personal stories.

“Watching something like this come back around for them… so heartwarming. I am certain even though the grandfather is not here physically to see it, he is here in spirit,” one comment says.

The value of family

Family is with us for life, so it’s important to show them how much we love and appreciate them. The greatest gift we can give them is remembrance, demonstrating their value in our lives, even when they’re gone. Danny and Johnny are keeping their grandfather’s and uncle’s legacies alive, showing that they understand the value of family.

value your loved ones

A thoughtful gesture can turn someone’s world around.