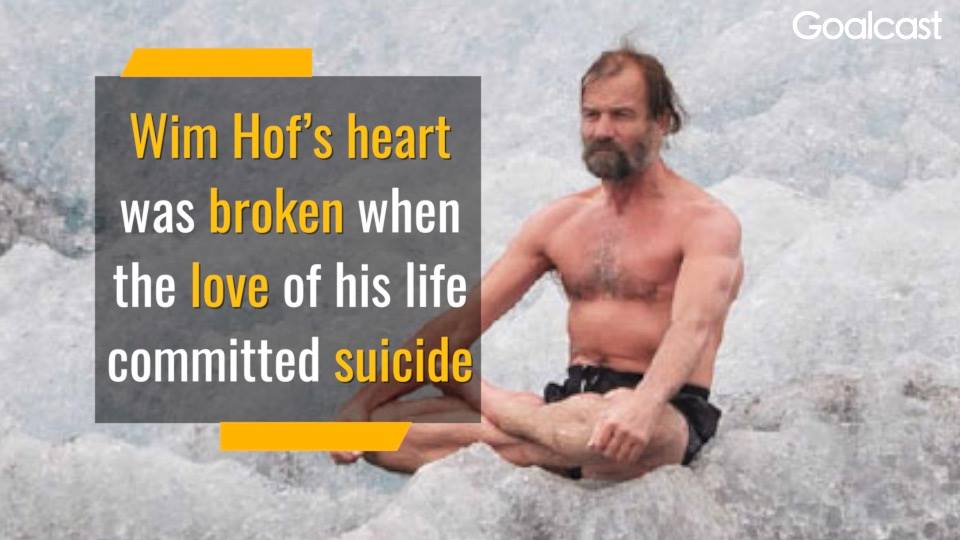 The lost of his wife to a suicide was so devastating for Wim Hof that he surprisingly found warmth and healing in the cold of mother nature.

Win Hof’s heart was broken when the love of his life committed suicide in 1995. She left him with 4 children who helped him survive “the black hole” in his soul. He then surprisingly found warmth and healing in the cold of mother nature.

The cold gave him a direct understanding of deeper breathing. Through specific breathing techniques, he was able to withstand extreme cold temperatures
by “turning his thermostat up”.

In 2000, he swam over 57.5 meters under ice. As he continuously challenged mother nature, he became famous and the world was asking him for more achievements. In 2007, he climbed 6.7 kilometres of Mount Everest while wearing only shorts and shoes.In 2009, he reached the top of Mount Kilimanjaro in Tanzania in 2 days.

In the same year and at -20C, he completed a full marathon over the arctic circle in Finland. In 2011, he broke his own Guinness World Records for the third time by staying immersed in ice for 1 hour and 52 minutes.Today he teaches his breathing techniques.

“If you can learn how to use your mind, anything is possible.”