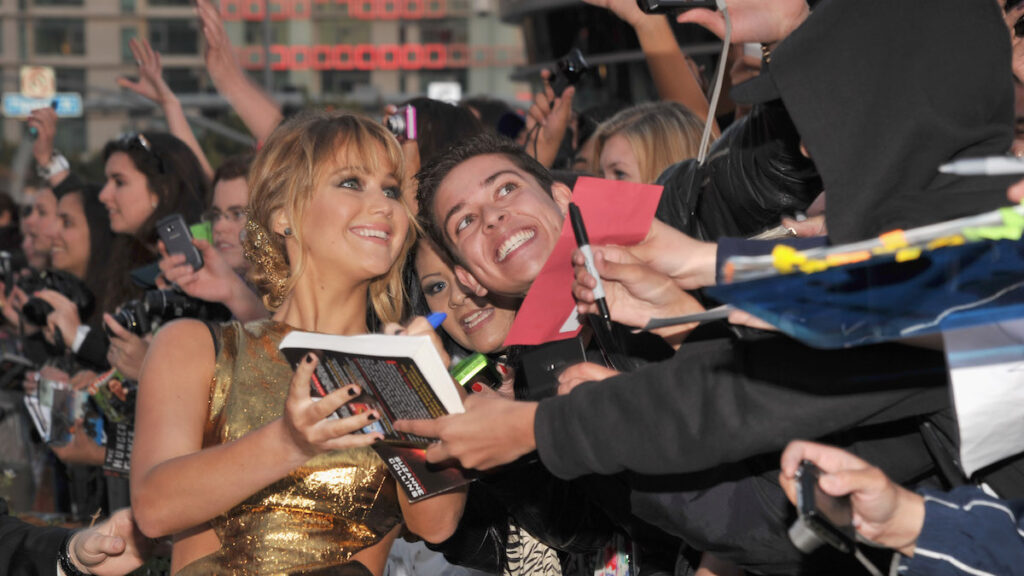 No one had quite the breakout like Jennifer Lawrence.

The Hunger Games lead had one of the most explosive rises to fame in recent history, going from a no-name indie actress to America’s Sweetheart in the span of a few years. The mainstream media were drawn to her like bees to honey, both charmed by her outgoing and relatable personality and awed by her versatile work on-screen. She’d managed to do what other female performers before she could not: be unanimously beloved. In short: she was a Hollywood juggernaut, receiving unprecedented enthusiasm wherever she went.

However, at some point, while no one was paying attention, she slipped off the radar. It wasn’t a sudden change by any means; it took time for people to realize that they hadn’t heard of JLaw in a while. Did she deliberately disappear, or did the industry just chew and spit her out as they have done to so many other people? The answer isn’t black or white, of course, but Jennifer Lawrence did stumble across many enlightening discoveries about herself and her profession during her hiatus.

Here’s what she says about her vanishing act and what she’s been up to the last few years.

What’s fascinating is that Jennifer Lawrence’s self-imposed sabbatical only lasted about three years. Her most recent film, prior to 2021’s Don’t Look Up, was released in the spring of 2019, though she had already withdrawn from the spotlight by then. Three years isn’t a terribly long time to take off when you’ve been working nonstop since you were eighteen, but, in the current climate, with the news cycle running a mile a minute, it can feel like eons.

In a candid interview with Vanity Fair, Jennifer Lawrence shed light on her decision, saying how “everybody had gotten sick of [her].” She’d had such a meteoric surge through the ranks that it made her feel overwhelmed and thoroughly unprepared for what was to come. “I’d gotten sick of me. It had just gotten to a point where I couldn’t do anything right,” she said. She felt like everyone was watching her every move and was waiting for her to slip. If they weren’t rooting for a blunder, they were actively condemning her. “If I walked a red carpet, it was, ‘Why didn’t she run?’”

Put simply, she was crumbling under the far-reaching magnitude of her celebrity and its many, many pressure. At first, working made her feel safe; as long as she listened to the director and churned out high-quality performances, she would be immune to the scrutiny that plagues every other actress in a similar position. Unfortunately, even JLaw isn’t as invulnerable as we had thought: due to a couple of box-office failures and ill-advised quotes, she felt the tide turning against her. “I felt like I reached a point where people were not pleased just by my existence,” she said. Working constantly and giving the full extent of her energies to her profession wasn’t bringing her “peace” any more. She needed to change course, and the only way she could do that was to step away from the hustle and bustle.

In the same profile, Jennifer’s best friend and producing partner agreed that taking an extended leave of absence was the best the actress could do to preserve her mental wellbeing. “The protocol of stardom began to kill her creative spirit, to f*** with her compass. So, she vanished, which was probably the most responsible way to protect her gifts. And sanity.” The X-Men star had been working tooth and nail to please everyone around her and made them think she was enough. It’s not surprising she would go on to realize how this wasn’t a viable strategy for the long run and that she needed to slow down sooner rather than later. “You get burnt out,” she said about working non-stop and relying on the set to mitigate her anxiety.

Additionally, the 31-year-old also went through a harrowing, near-death experience in the summer of 2017 as she was flying from Kentucky to New York. The plane’s engines shut down, at which point the jet started plummeting through the air. Though they made an emergency landing at Buffalo, the incident scarred Jennifer permanently. It reminded her of the fleeting nature of life and what she needed to do to maintain her sense of self. It also told her, loud and clear: “I didn’t have a life. I thought I should go get one.”

And she certainly did. The Kentucky native married art gallery director Cooke Maroney in October 2019 and is currently expecting their first child. She also founded a production company with her friend Justine Polsky called Excellent Cadaver. She’s finally been able to direct her attention to something other than acting, and it’s been nothing short of remarkable. Comparing her life to a film she recently produced and acted in, Jennifer said she, similar to the main character in the script, was “healing from unseen injuries.” She needed to re-enter the world on her own terms, a world that is “healthier and better, but scarier.” She had become so accustomed to leaving whenever something felt tough that she had to pause and figure out her priorities. “Staying is hard,” but at the end of the day, if you’re staying for something worthwhile and meaningful, it’s what you must do.

Everyone deserves a break

You can’t be expected to put in a shift day in, day out. Everyone goes through burnout and exhaustion, whether they’re a multimillion-dollar actress or a minimum-wage worker. You deserve time off, not just to physically recuperate from the stress of working but to do a mental reset, where you remind yourself of what you value the most in this wild, unpredictable world.

Jennifer Lawrence had become so “sick” of herself and her work that she had no choice but to remove herself from the situation. She needed to diversify her life experiences and break the routines that had kept her trapped and lonely for over a decade. Of course, not everyone is fortunate enough to take time off from whatever is bothering them, but if you do have means or the time or the space, it’s a no-brainer. If you want your work to mean something in the grand scheme of things, you’ll need to recharge your batteries and come back stronger, ready to attack and with a renewed sense of purpose.

You are the captain of your ship

Prioritizing your well-being is not always easy but it’s always worth it.