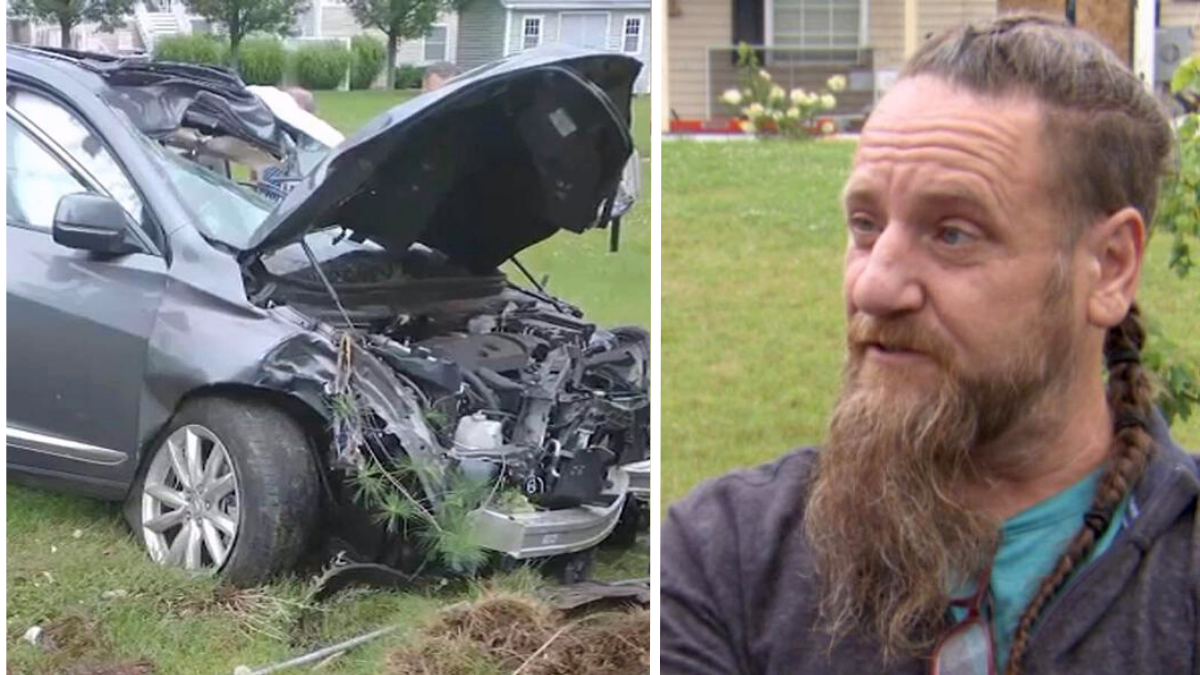 The safest places in the world, including your own home, can be dangerous, sometimes due to unexpected circumstances. For one family in Salem, New Hampshire, an unforeseen danger almost cost the life of a five-year-old girl, until a heroic stranger stepped in.

As soon as Scott realized that the little girl was still breathing, he took off his shirt and used it to apply pressure to her neck wound. When the paramedics showed up to help, they confirmed that Scott had done the right thing and told him to continue to apply pressure until someone could take over.

It was like a war zone. It was chaos, everywhere.

The young girl, whose name was Giuliana Tutrone, was airlifted to Tufts Medical Center in Boston. The man who smashed into the Tutrone house was 37-year-old Scott Dowd, who had been driving while drunk. Luckily, his criminal negligence was not deadly, and Giuliana was left only with a broken jaw and facial cuts. Her father, Joseph Tutrone, was thankful for those around him who jumped into action as he was in severe shock when it happened and wasn’t able to take any action himself.

I don’t have the most inviting appearance sometimes. Heroes don’t always wear capes, I guess.

The 5-year-old returned to her home from the hospital in mid 2021 and though it is a long road, she is expected to make a full recovery.

Scott Demers was relieved and grateful that the little girl survived the accident. Even though he was seen as “rough around the edges,” in the neighbourhood, his actions showed that he is an amazing man who is willing to put himself in harm’s way to help an innocent stranger, even without thinking about the repercussions. It is a lesson for us all to never judge a book by its cover.

Not all heroes wear capes

Jordan Peterson’s Ultimate Advice for Young People | JOURNEY TO SUCCESS
The Secret To A Life Worth Living | Powerful Motivational Speech by Tom Bilyeu
You Have The Power To Be A Point Of Light | Tyler Perry Inspirational Speech | Goalcast
Every Parent Needs To Know THIS One Simple Truth | Dr. Shefali | Inspiring Women of Goalcast
How to Persist, Be Patient and Succeed | Jordan Belfort | Goalcast