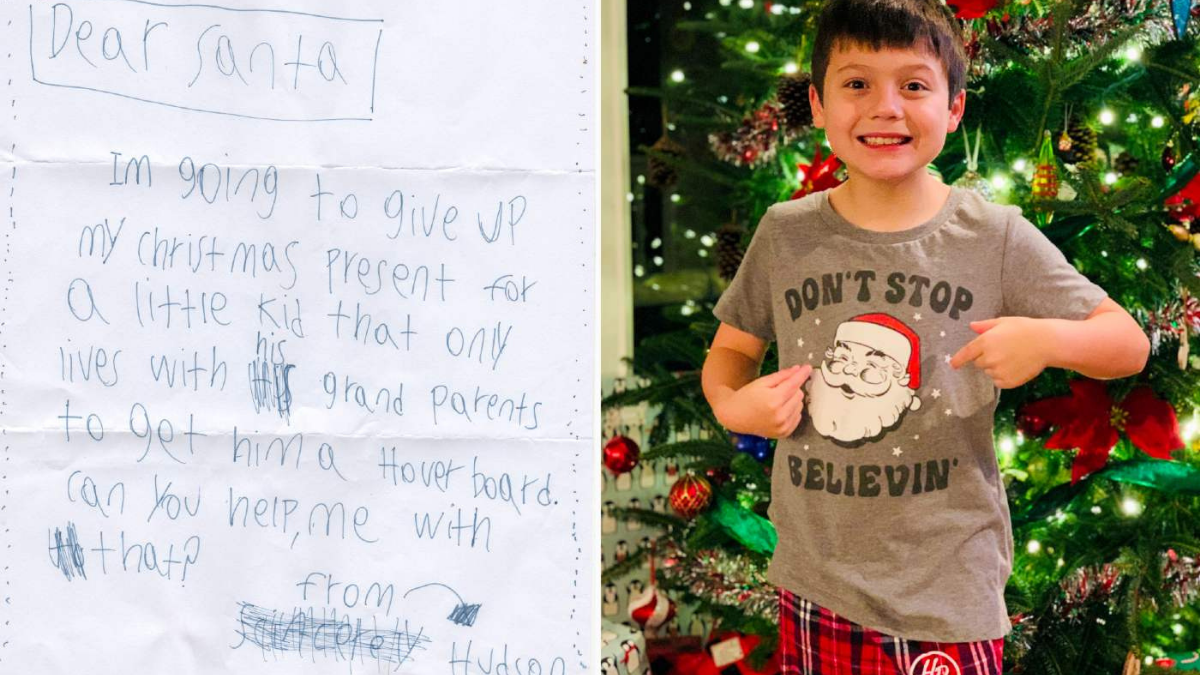 It can be very hard for a young child to agree to share with someone else, let alone sacrifice the coveted toy at the top of their Christmas list for another child. However, for one empathetic young boy, the choice was easy.

“They put us in contact with a child who is parentless and was being looked after by his grandparents, but just recently his grandfather had passed away with cancer. Now he only has his grandmother to look after him and his siblings, so we knew they would be stressed and that this time of the year would be hard on them, particularly with the cost of medical care.”

41-year-old Jason and Sandi Boyer wanted to do something extra special for Christmas, beyond the usual decorations and gifts. They hoped to help another, less fortunate, family during the holiday season, and were matched with a little boy who was being raised by his grandparents.

The boy, whose grandfather had recently passed away from cancer, had a hoverboard on the top of his Christmas list– just like Jason and Sandi’s son Hudson. Jason and Sandi asked Hudson if he would be willing to give up his hoverboard so that the little boy, who was grieving, could have a little bit of joy. Without hesitation, Hudson agreed to sacrifice his hoverboard for his new friend. Hudson actually wrote a letter to Santa, asking him to give away his hoverboard.

“We explained the story to our son and asked him if he would be willing to give up his hoverboard for this little boy. He immediately said yes which surprised us, because at that age you don’t really think they would do that.”

Hudson seemed to know something that even many adults never learn. It’s the people around you and the home you have that make you a lucky kid, not the toys at the top of your Christmas list. His selfless actions helped another little boy have a little joy during an otherwise dark time. Also, in the end, Sandi and Jason made sure both boys got their hoverboard, and had a merry Christmas!