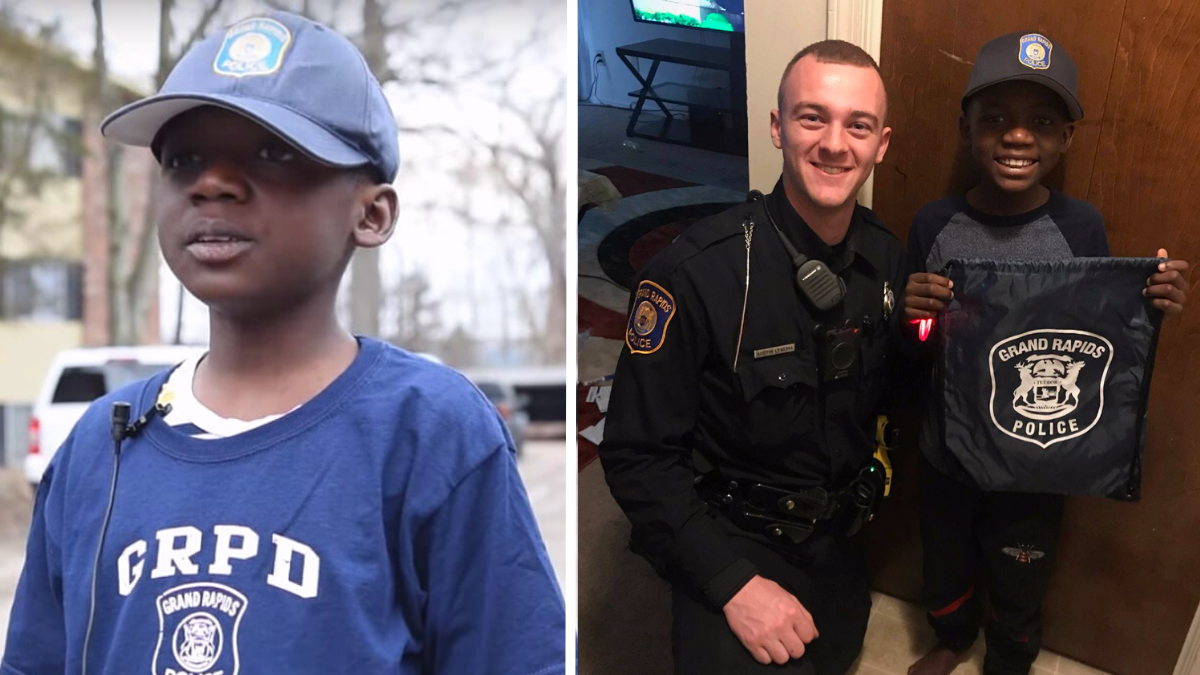 Bullying is an unpleasant reality of the modern day. Sadly, many children will experience bullying at some point in their lives. In fact, close to 20% of students ages 12-18 experienced bullying nationwide, which can increase feelings of loneliness, rejection, depression, and anxiety.

Some children are lucky, and have strong support systems at home or in their communities who help fight against the devastating effects of bullying. One of these lucky children is Thomas Daniel, whose community rallied around him when none of the children in his class showed up to his birthday party.

A Grand Rapids, Michigan policeman, Officer Austin Lynema, spotted the young Thomas Daniel chasing a school bus he had just missed. With permission from the boy’s mother, Officer Lynema offered to give him a lift to school. During the ride, the two got to chatting, and Officer Lynema heard some distressing things from his new young friend. Thomas confided in the officer that he was being bullied in school and he was worried nobody would show up to his birthday party that evening. He then invited the officer to attend the party.

Turning that frown upside down

When Officer Lynema showed up to Thomas Daniel’s birthday party, he found that the boy’s worst fears had come true– none of his classmates were at the party. Lynema and Thomas were crushed– but Lynema decided to take matters into his own hands and hatch a wonderful plan. He and his colleagues threw Thomas Daniel a surprise party the very next day, meeting him as he got off the school bus with a celebration that included a Krispy Kreme cake, gifts, and a string quartet!

No kid should get bullied, and no kid should worry if anyone will come to the party. Next year Thomas Daniel, make sure you drop us that invite a little sooner. We wouldn’t want to miss it!

If everyone took a cue from the officers in the Grand Rapids Police Department, the world would definitely be a better place. Kindness breeds more kindness, and it is important to set an example for those around you. We should seek to show compassion and empathy whenever possible.

Thomas Daniel had one of the worst birthdays of his life and it could have turned into a horrible and traumatic memory. Instead, thanks to the actions of those in his community, his birthday redo ended up being one of his best memories ever!

look out for others

“You can only understand people if you see them in yourself.” – John Steinbeck