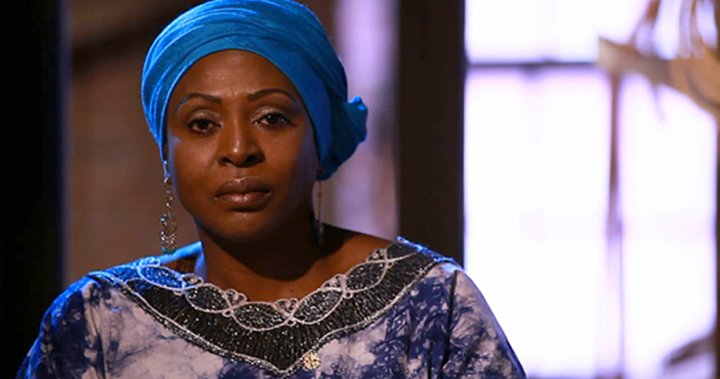 The most important part of Jay Williams’ identity, especially in a school setting, is that he’s a Black male — a Black educator for Grade 8 students, a speaker, and an anti-racism activist based in Toronto.

He says a lot of his experiences as a Black man come through in his teaching and he doesn’t shy away from it.

“When it comes to Black history in schooling and education, the struggle is that … you’ll hear a lot about slavery and the fact that my ancestors came across the seas in bondage, and it’s a lot of doom and gloom,” says Williams.

“But our ancestors did not start as slaves,” he said as he spoke to Global News over Zoom.

He said that his ancestors and his people were, and still are, “kings and queens”– scientists, doctors, artists, teachers, and all kinds of inspiring people who deserve to be highlighted.

“The stories of Black excellence is what’s missing in how Black history and education is taught in schools … across Canada,” says Williams.

The history of Black people in Canada is more than 400 years old but remains largely untold, according to Canadian historian Afua Cooper who teaches at Dalhousie University in Halifax, N.S.

“Standing on the shoulders” of generations before her, Cooper says she is leading a project called A Black People’s History of Canada, which was announced last year.

The project will create new learning materials and digital media about the history of Black Canadians, published online, in English and French, and will be shared with teachers and students in elementary and secondary schools across the country.

It’s a three-year project “with the potential to expand the celebration and acknowledgment of the history of Black Canadians beyond Black History Month by getting it into classrooms year-round,” states Dalhousie University.

By having the material available, students across the country will be able to learn specific information about the Black community no matter where they’re located.

However, Cooper says it all goes down to teachers, and if they’re willing to put in the work rather than going through “the same old Eurocentric stories.”

Cooper explains that right now there might not necessarily be a Black history unit in school books, rather there might be a unit about ‘change in British North America’ for example, which Cooper argues “is left up for the teacher to interpret.”

“What does that mean? If you’re a creative teacher … you’re going to look at your lesson through the lens of equity and try to reflect the diversity in Canadian history by mentioning the Black men who worked on the railway lines or the Chinese men who were workers on the railroads.”

And when teachers are not doing enough to reflect the diversity of Canadians, Cooper says that leads to “educational gaps,” and a possible solution to that is to have Black history mandated in school curriculums.

“A teacher can choose not to (teach Black history) even if you put resources on their laps, so school boards will now have to mandate,” says Cooper. “We are in an environment where things are being mandated. If we care about every Canadian and that we all have equal rights then a child has the right to learn about their heritage. Then maybe this has to be mandated.”

William says he thinks all anti-oppression work needs to be included in school curriculums and made mandatory in teacher training programs as well.

He says every year teachers have to take mandated workshops on issues and topics like COVID-19 and a push towards having a Black history or Black excellence as the focus in one of these workshops is possible.

“If you chose to be an educator and you’re telling me that you’re still taking a European kind of whitewashed approach to education … after everything that happened in the last year and a half,” he said, pointing to the death of George Floyd and the Black Lives Matter movement,” … then you’re in the wrong field. You need to leave teaching.”

1:42
Removing systemic barriers in education for African and Indigenous students

In the meantime, Williams says he’ll continue to empower and educate all his students to think critically.

Students need to be “asked questions like what do they think the traditional whitewashed Eurocentric kind of approach to education is? And, how does that make them feel? Or whose voices are missing in the pages of the recourses that they have?” he says. The way forward is “to get them thinking.”

Cooper says there is a critical mass of students all over the country who are not asking for permission to do things.

“So I have tremendous hope in this generation and I have a lot of optimism … We have had breakthroughs, and it wasn’t because the system handed down these rights. It was the people themselves on the ground, Black communities who pushed through and demanded these rights,” she added.