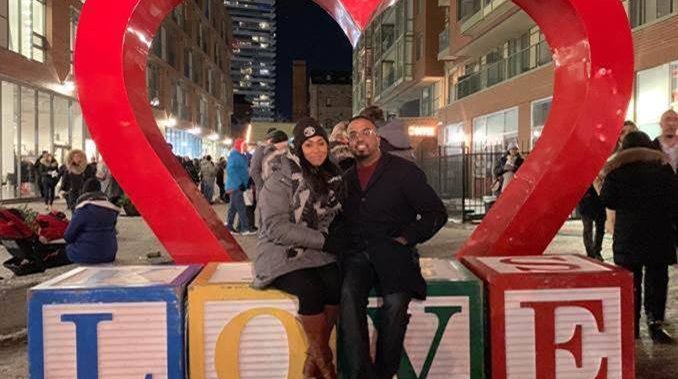 If financial anxiety is causing friction between you and your partner this Valentine’s Day, you’re likely not alone.

Experts say money tensions can run deep in a relationship and, if left unaddressed, can lead to long-term dissatisfaction and frustration — beyond just who takes the bill after dinner.

Financial therapy is one emerging concept for how to address money miscommunications in a relationship, says Natasha Knox, principal of Alaphia Financial Wellness in British Columbia.

“Some couples are naturally in sync. But if a couple is finding that they’re having the same conversation over and over again and it’s not productive and they’re getting re-entrenched in their separate perspectives, then seeking someone who applies financial therapy would be a good starting point, I think, in helping to make a shift,” she tells Global News.

Some people can get on-boarded to the process more from the financial end of the pipeline, working with a coach on their financial goals and using therapeutic techniques to manage their feelings around investments or other concerns. Others struggling primarily with mental wellness could work with a therapist on how anxiety or another illness is affecting their relationship with money.

Portfolio panic — How worried should I be about the stock market’s downturn?

Money concerns are, perhaps unsurprisingly, at the heart of many disagreements in a relationship, Knox says. She notes finances are “fundamental” to building a life together, be that day-to-day decisions on what to spend money on or saving and planning for a shared future.

“Money is what underlies everything a family does,” Knox says.

But when there are disagreements over financial priorities, the roots of those differences can be deeper than a first glance might suggest.

One partner’s reticence to share or spend money could be tied to an upbringing that saw their parents argue regularly over money, Knox gives as an example. Beyond that, some people can feel ashamed of their own wealth or compulsively save for fear of losing it.

“Those feelings underneath can cause people to have some reluctance to discuss money and can make conversations quite unproductive. It’s not really money itself, it’s more the feelings that people attach to it,” she says.

Most millennials stressed about money

A recent survey from Meridian Credit Union suggests money discomfort tied to childhood is common, especially among millennials, many of whom are now entering their prime earning years.

Some 51 per cent of millennials (born 1981 to 1996) say they deal with leftover money anxiety from their upbringing, according to the Meridian report, with 30 per cent saying their parents worried about money growing up and they do too.

One in five millennial respondents said money caused tension in their homes growing up.

The survey found that 55 per cent of millennials admit money can be “stressful” and even “intimidating.”

2:30
How millennials are feeling about their finances

How millennials are feeling about their finances

Naveen Senthamilselvan, senior manager of Meridian Wealth Management and a millennial himself, tells Global News that while he hears about these same money concerns from clients, they’re also a reality he and his wife are dealing with at home.

Getting ‘financially naked’ good for the relationship

Though the millennial crowd might be facing high stress levels around financial decisions, those in relationships are also increasingly being open with each other when it comes to money matters.

“Generations before millennials, they were OK with one person managing the money, versus now when you look at millennials they’re going, ‘No. We need to manage this together,’” Senthamilselvan says.

Knox agrees, and says the millennial crowd seems to be knocking down a long-held “stigma” or “taboo” about being open about money in relationships.

The more transparent couples are over money — getting “financially naked” in front of their partner, as Knox describes it — can be critical to having a successful partnership.

“Money fights can get very, very painful, and they can leave really deep wounds. And on the other side, financial harmony in a household not only leads to relationship satisfaction, but couples who are on the same page tend to get further faster because they’re pulling in the same direction,” she says.

3:32
Money Matters: How to make sure your investments match your values

Money Matters: How to make sure your investments match your values

When to ‘pop that question’

Knox suggests that instead of thinking about money communication as “the talk,” it’s better to frame the discussion as an “ongoing process,” giving regular updates on the financial “state of affairs.”

Both Knox and Senthamilselvan suggest launching into the regular money conversations as things start to get serious. For Senthamilselvan and his wife, they started talking more seriously about their financial obligations, debts and value alignments before they got engaged.

There’s no single setup that works for a relationship to cover expenses, investments and other agreements on spending, but Senthamilselvan recommends at least knowing your cash flow as a partnership as a starting point for financial decision-making.

Among the topics he suggests you might want to share with your partner are your comfort levels with borrowing, savings and retirement goals, financial obligations and debts, and what you feel is worth spending money on.

In instances such as buying real estate, it’s also important to know a bit about your partner’s credit history and spending behaviours, as you’ll both be liable for that purchase in the end, Senthamilselvan notes.

But even as the taboo around talking cheddar subsides, finding the right time to open the conversation can be difficult. Senthamilselvan says if you’re looking for a way to break the ice, don’t hesitate to spark the conversation as you’re lighting candles for dinner.

5:12
Why your family might to want to re-think its spending habits