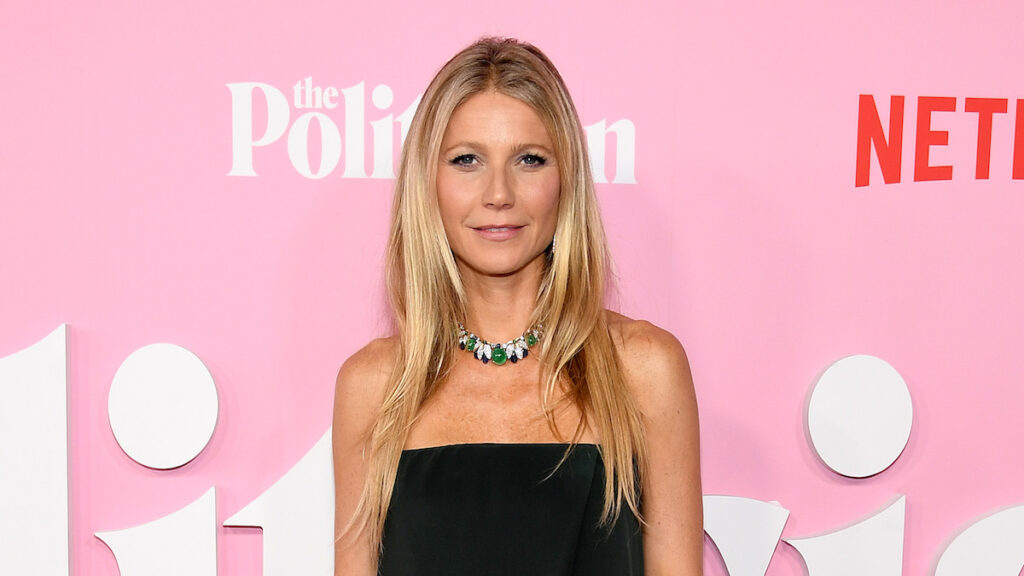 Gwyneth Paltrow is setting the record straight on her ex-husband’s current partner.

As women, we are socially programmed to be suspicious of other women, especially if they emerge as romantic rivals. We doubt them, we envy them, and more often than not, we compete with them for affection, not knowing the challenges they might be facing on a personal level. In Gwyneth’s case, she could be forgiven for distrusting Dakota, not only as her ex’s romantic interest but as a potential step-mother for her children, Apple and Moses.

It’s a terrifying, discomfiting position to find yourself in: your family is uprooted due to divorce, and your ex is creating new memories with a stranger as you watch from afar. However, the Goop creator holds no such resentment for Dakota Johnson; she’s taken the blended family outcome in stride and does everything she can to maintain a healthy co-parenting arrangement with Chris Martin.

Her perspective on where she stands with Dakota Johnson doesn’t just reveal much about her approach to family, it lays the groundwork for how we can manage complex relationships in our own lives.

In an Instagram Q&A session, Gwyneth opened up about Chris and Dakota’s relationship, as well as what she’s learned about herself following the transformation of her marriage into its new separate but cooperative co-parenting form. When asked by a follower whether she loves Dakota, Gwyneth wrote, “very much so.”

This is not the first time she’s sung the praises of Dakota. In a Harper’s Bazaar profile in 2020, the 49-year-old star admitted her cordial relationship with Dakota tends to surprise, if not alarm, others — but it doesn’t matter to her. “I love her. I can see how it would seem weird because it’s sort of unconventional,” she said, adding she “adores” Dakota nonetheless. She also shed some light on the time it takes to navigate the changing dynamics of your family — you go through the journey “iteratively.” Not everything will be perfect from day one, but as long as you keep sight of what you want to achieve and how you’re feeling every step of the way, everyone can get along.

I love her. I can see how it would seem weird because it’s sort of unconventional. But I think, in this case, just having passed through it iteratively, I just adore her.

Gwyneth said she and Chris and Dakota have always viewed their situation as an “ampersand sign,” in that they’re always trying to figure out what they can do to improve their state of affairs and the changes they can implement to make everyone’s experience more fulfilling and comfortable. “What else can you bring in, instead of being resistant to or being made insecure by? There’s so much juice in leaning in to something like that,” she told the magazine.

It’s easy to give in to jealousy and think the worst of your ex’s new partner, especially if you’re still clinging to the nostalgia of the past. But Gwyneth has always risen above those insecurities and done her utmost to welcome Dakota into the fold. In fact, their friendship has survived as long as Dakota’s actual romance with Chris Martin. The two started dating in October 2017, and Dakota and Gwyneth were photographed together as early as February 2018 outside Ellen Degeneres’ 60th birthday party. It seemingly took no time at all for them to strike up a friendship with each other, and over the last five years, they’ve done everything from celebrating Thanksgiving to embarking on family ski trips and attending industry dinners together.

An insider source revealed how Gwyneth reportedly encouraged Chris to get back together with Dakota when the two split briefly in June 2019. A few months later, on October 5, 2019, the Academy Award-winning actress shared a photo of Dakota on the occasion of the latter’s 30th birthday, captioned, “Happy 30th birthday to this absolute gem.”

Gwyneth’s eager attitude towards Dakota and their blended family can be explained by her own standpoint of being an “outsider” in someone’s family. She married TV producer Brad Falchuk in 2018, and seeing how he also had two children from a previous marriage, she had to quickly undertake the responsibilities (and pressures) of the “stepmother” position. “It’s funny because when I became a stepmother, when I knew I was going to become a stepmother, I was like, ‘S—, I have no idea how to do this. There’s nothing to read. What do I do? Where do I step in? Where do I not? Like, how do I do this?”

She rose to this “interesting challenge” quickly and went so far as to not move in with Brad until a year after getting married. “We took a year to let everybody [in the family] take it in and let the dust settle,” she told InStyle. Considering how she’s still getting accustomed to carving out a place for herself in her husband’s family, it’s no surprise why she’s been so loving and accommodating to Dakota.

You would expect nothing else from the woman who popularized the phrase “conscious uncoupling” as a way to describe her divorce. In the recent Instagram Q&A, she reiterated what a great opportunity divorce could be to look within yourself and discover something new. “It’s a great opportunity to get ruthless with the truth of who you are, what you want, and what you deserve,” she wrote.

Gwyneth Paltrow’s Relationship Proves We Should Embrace the Unconventional

Divorce isn’t always easy. Some people might never recover from the trauma and pain they’ve suffered due to marital discord and the splitting of a family unit. Sometimes you genuinely won’t be able to find a middle ground with your ex, and it could get ugly.

However, those couples that do decide to split should ensure there is room for empathy and understanding; if you, your ex and any potential romantic partners on either side are unified in how you want to raise a family, on how you can move forward with as much ease as possible, any pain can be mitigated in the service of moving forward and finding something better for everyone. In fact, you may be able to create something beautiful and lasting out of what could otherwise be a terrifying a derisive affair.

Podcast: The best caffeine vehicles
The Power of Reframing: 3 Ways to Feel Better About Life
Why We Champion the 4 Day Week
This is How to Be Bigger Than Yourself | Jim Carrey
Chris Pratt’s Tragic Divorce Taught Him One Crucial Thing before Marrying Katherine Schwarzenegger