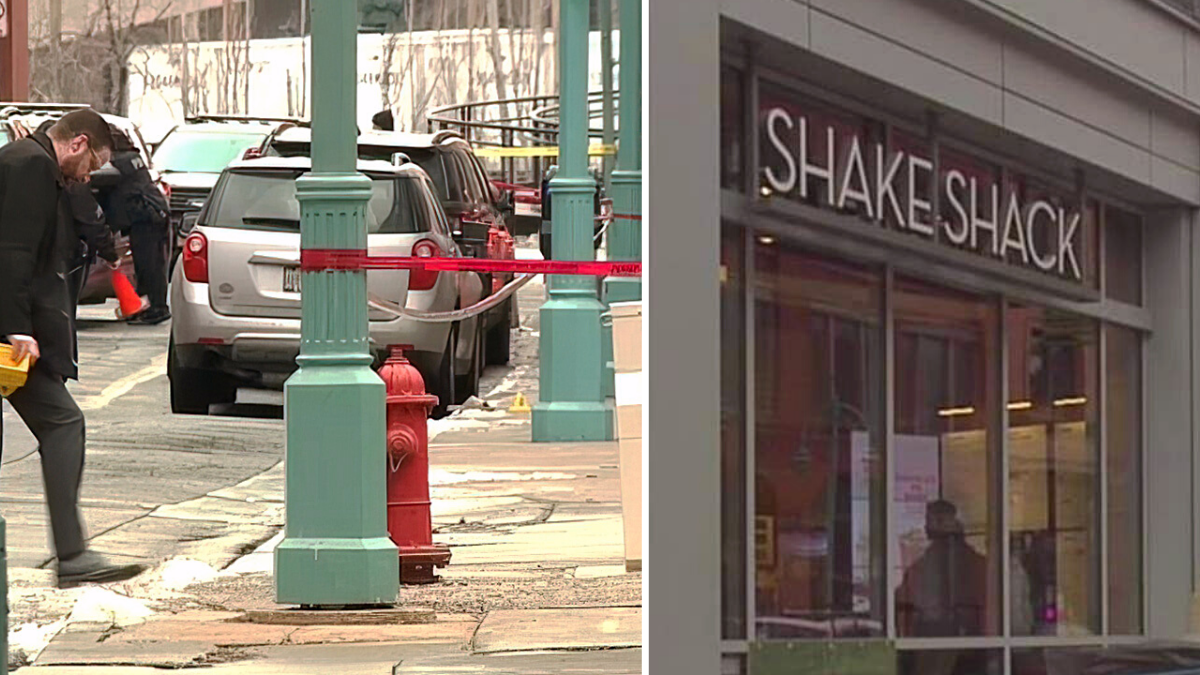 It all started outside Shake Shack in the Third Ward. A delivery driver, who wants to stay anonymous, got out of her car and started walking toward the restaurant to pick up a food order when she saw employees pointing and waving at her.

A car pulled up next to her and a man had jumped out and gotten into her car, where her three daughters were waiting.

My daughter said, ‘Who are you?’ to him, and he turned around and said, ‘Whoa’ and jumped out.

She watched the man run away and realized he had dropped his phone. “I went and grabbed the phone and then went…told the restaurant to call 911,” she said.

That’s when things took a turn.

As she was saying she had his phone, the man rushed towards her, wrapped his arms around her and tried to tackle her to the ground to get his phone back. An off-duty Milwaukee detective, who happened to be inside Shake Shack, jumped in to help. When he tried to detain the suspect, a struggle ensued and the suspect fired several shots, hitting the detective multiple times.

“They were wrestling on the ground, and then you heard two shots, followed by more shots,” she told FOX6. “While that was happening, the restaurant employees were pulling me to the back, and I was trying to get to my kids.”

The whole time he was on the ground, he just was repeating the plate number and what he wanted them to write down, so he just didn’t care about himself at all.

Risking his own life

The 37-year-old detective sustained life-threatening injuries but was taken to a hospital in stable condition.

The woman said she considers the detective, who continued to serve his community even when he was off-duty, a hero, and she hopes to meet him one day to thank him for saving her life. She also said she was grateful for the Shake Shack employees who helped keep her and her children safe.

“A hero is an ordinary individual who finds the strength to persevere and endure in spite of overwhelming obstacles.” – Christopher Reeve

A Terminator, A Tiny Pony and a Dog Named Cherry Are Stuck in Quarantine… | Goalcast Speech