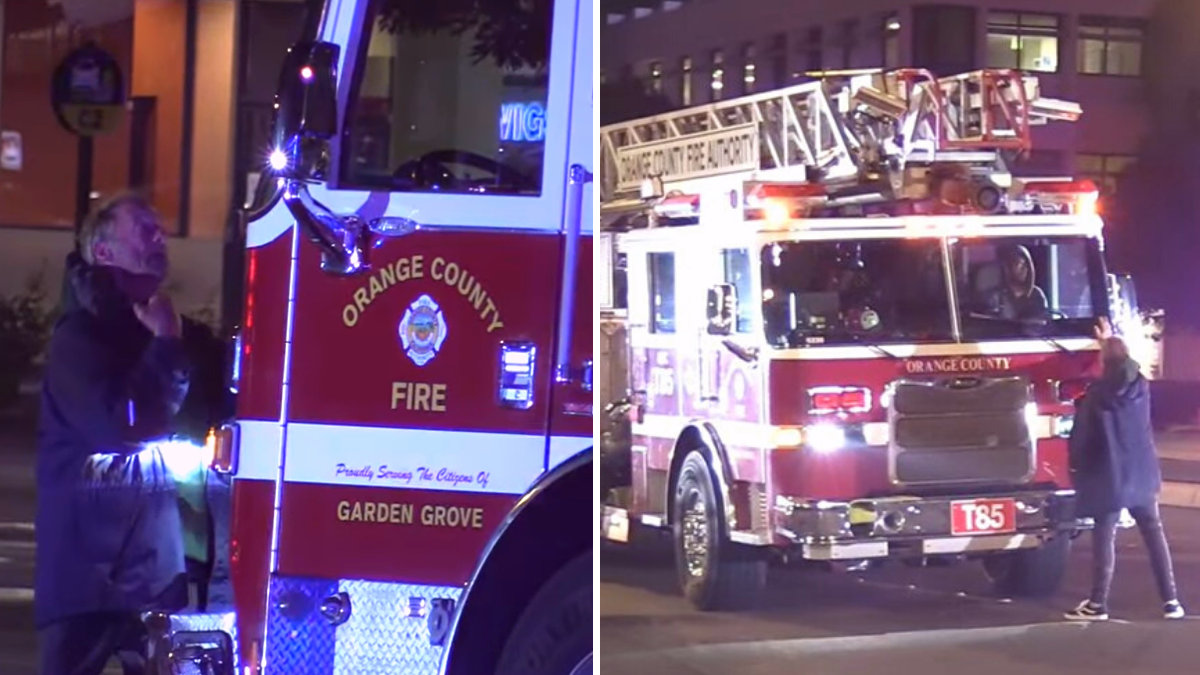 When a stolen firetruck rolled down Brookhurst Street in the middle of the night in Anaheim, California, Richard Lynn was preparing to settle down for the night. Richard was homeless and was just about to go to sleep.

Instead of getting a night’s rest, Richard risked his life to save the day.

The firetruck had been stolen from outside of the University of California, Irvine Medical Center, at around 1:40 a.m. Firefighters from the Orange County Fire Authority had just delivered a patient to the emergency department when a man snuck into the vehicle and drove it away.

Police tracked the stolen vehicle via GPS and followed the firetruck for more than an hour. The driver never accelerated beyond 40 mph, but he did sideswipe a guardrail and hit several traffic cones, causing minor damages to the vehicle.

Despite the long pursuit, the driver refused to surrender to the officers behind him. It was not until the truck began driving down Brookhurst Street that a hero showed up on the scene.

As he watched the stolen vehicle creep down the street, Richard decided to stand in front of it. Not only did he want to help the police, but he also wanted the driver to be able to surrender without getting hurt.

He then proceeded to speak to the driver through the windshield for over 20 minutes. Only after Richard pled with him did the driver exit the vehicle. The police were able to safely arrest the thief as Richard stood aside with his own hands in the air.

Mitch Fecler, who had witnessed Richard’s heroism, relayed the events.

“It’s just crazy how the homeless guy walked up and in front of the fire truck and started talking to him through the windshield,” Mitch said.

They just kept telling him, please get out of the truck. We don’t want to hurt you, and finally, the guy opened the door and surrendered peacefully.

Never doubt that you can help someone, no matter your age, height, gender, or financial stability. Richard proves that everyone can be a hero, as long as they are courageous and compassionate.

be the unlikely hero

“The hero is the man who lets no obstacle prevent him from pursuing the values he has chosen.” – Andrew Bernstein

Jordan Peterson’s Ultimate Advice for Young People | JOURNEY TO SUCCESS
You Have The Power To Be A Point Of Light | Tyler Perry Inspirational Speech | Goalcast
The Secret To A Life Worth Living | Powerful Motivational Speech by Tom Bilyeu
Morning Routine to Activate Your Brain | Jim Kwik | Goalcast
Every Parent Needs To Know THIS One Simple Truth | Dr. Shefali | Inspiring Women of Goalcast