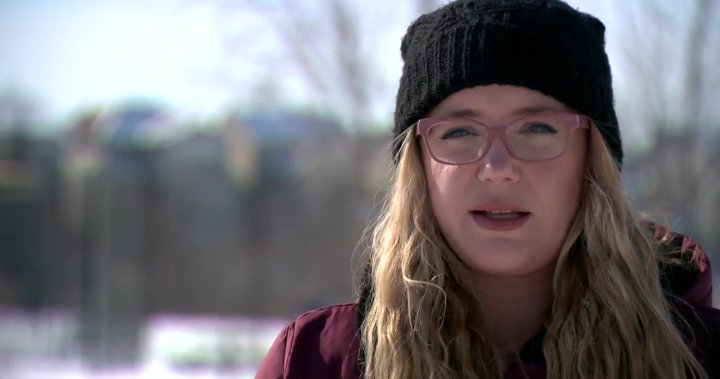 Blaire Wortley just wanted to make a connection. Instead, she found herself uncovering a online dating scam involving a man police say swindled more than $25,000 from dozens of victims.

Calgary police said the man, 36-year-old Bryan Christopher Syryda, was reported to CPS back in 2020 after several people at that time alleged to have given him money in return for discounted tech items such as televisions.

The victims were told by Syryda he worked for well-known tech companies and had access to electronics at discounted and group rates. At that time, several charges were laid by police.

As investigators delved into the allegations, they became aware of several local Calgary women who met the Syryda by online dating apps such as Bumble, Tinder and Plenty of Fish.

Wortley said she was one of the alleged romance scam victims. She said she moved to Calgary back in the fall and was looking to meet new people.

Could the coronavirus fundamentally change the way we date?

It was the height of the fourth wave of the COVID-19 pandemic and meeting new people in person was a challenge, so she started swiping on Tinder. Direct messaging quickly led to a phone call.

“We had an amazing conversation, seemed to have a lot of the same interests. That went on for a couple hours even, and we had planned a date,” she said.

In a news release, police said the man treated the women to “extravagant outings” and would offer the same bogus tech deals to the women along with their friends.

Police said they believe the money Syryda used to “woo the women” on the dates was obtained through earlier scams and was then intended to groom the victims into trusting the man and giving him their money.

‘I’m going to bring hand sanitizer’: What it’s like dating during the pandemic

Wortley said Syryda bailed on their first date, citing a car accident. They rescheduled, she said, but when it came time to pay the bill at dinner, her date said he forgot his wallet and promised to e-transfer her funds to cover his part of the meal.

“The money never came and I kept asking him about it. He said that his accounts were frozen due to some irregular activity on his bank account, and it just kind of went on from there,” Wortley said, adding that is when she started to do some social media sleuthing and came up empty.

“My friends and I started to do some digging and really didn’t find much on him, which was really hard to swallow because you’re like, ‘What’s going on here?’

“And then we finally came across some information on Facebook. It was just a single post which got me in touch with other victims,” she said.

Wortley said she wasn’t affected nearly as much as other alleged victims, but was worried about other woman being duped by the silver-tongued man.

How a B.C. woman lost nearly $1M to a romance scam, and the tragic consequences that followed

She launched a Facebook page called Have you dated Bryan Syryda to share information. In doing research, Wortley said she learned the scammer appeared to be targeting single moms.

“I met with a lot of other single moms who he tried to or successfully scammed out of, you know, hundreds of thousands of dollars. So I decided to post a Facebook page under an anonymous name just to have the word out there.

“You know, with online dating, we all Google people: we search them on Facebook, Instagram, all of that. So I wanted to have something there, so that if any other women came across him and he was wooing them with all of his stories and promises that they could find this page and see that none of it was true.”

Wortley said she went to the police and learned an active investigation was already underway. She is speaking out now on behalf of all the people who have been victimized.

“It’s not just women. You know, there were men as well, good friends of his family who have all been swindled by this guy. And I know it’s, you know, kind of become this joke because of the ‘Tinder Swindler’ — the documentary that came out — but this is a legitimate thing. And this actually happened to people locally here and there are a lot of victims, unfortunately.”

Wortley said in the time she launched her Facebook page, she’s heard from 25 different women who all claim to have interacted with Syryda between June and September 2021, and claim he used similar romancing tactics.

“When it comes to online dating, I just want to remind people to really do their due diligence.

Calgary police said victims have been located in Cochrane and Calgary, as well as the cities of Langley, Surrey and Delta in British Columbia.

Syryda is charged with two counts of fraud over $5,000 and possession of proceeds of crime over $5,000 with additional charges pending. His next court appearance is scheduled for March 29, 2022.

The allegations against Syryda have not yet been tested in court.

— With files from Jessika Guse and Adam Toy, Global News

You Have The Power To Be A Point Of Light | Tyler Perry Inspirational Speech | Goalcast
Every Parent Needs To Know THIS One Simple Truth | Dr. Shefali | Inspiring Women of Goalcast
The Secret To A Life Worth Living | Powerful Motivational Speech by Tom Bilyeu
Morning Routine to Activate Your Brain | Jim Kwik | Goalcast
Jordan Peterson’s Ultimate Advice for Young People | JOURNEY TO SUCCESS