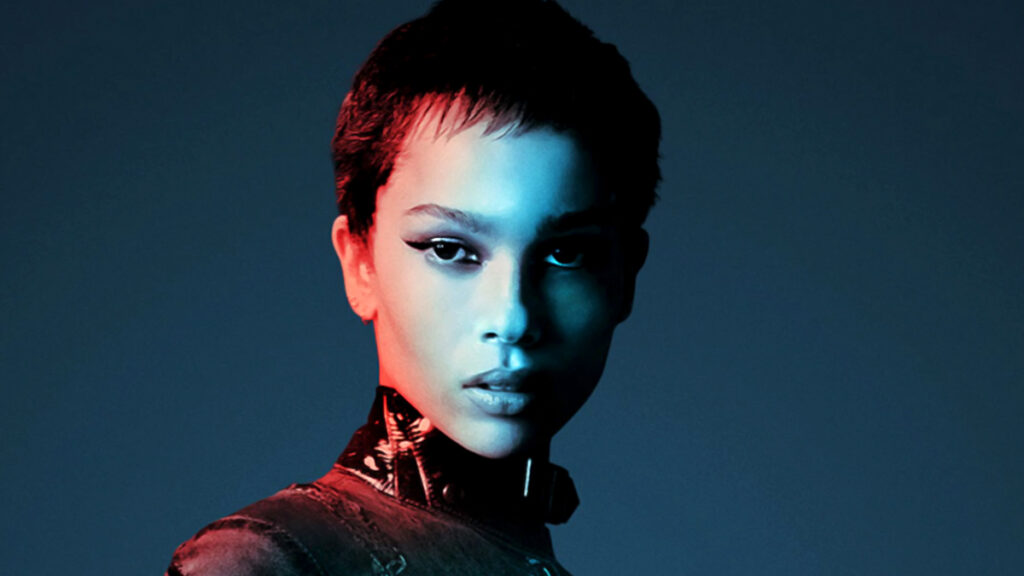 Zoë Kravitz is speaking her mind about Hollywood nepotism.

As a child of two famous people, Lenny Kravitz and Lisa Bonet, Zoë knows a thing or two about navigating an industry with existing name recognition and professional clout. For any other person, it may feel like a walk in the park: you get everything handed to you on a silver platter, opportunities come your way without so much as a prodding, and you’re able to ascend through the ranks with ease.

However, there is a whole new set of pressures we don’t account for when it’s an industry veteran’s child. They absorb as many insecurities as they do privileges, they have to endure constant comparisons to their most accomplished family, and they often don’t feel worthy enough to work in the field they do.

Here’s what we can learn from Zoë Kravitz’s experience in the entertainment industry:

In an in-depth interview with Elle, the Big Little Lies actress and the world’s next Catwoman uncovered her pains of feeling overshadowed by her mom and dad, and feeling burdened by her family name. From the get-go, the actress acknowledged her privilege and revealed the easy pathway she was able to access as a result of her place in the hierarchy. “I was incredibly privileged. I got an agent easily. I’m not going to pretend like it didn’t help me get into the room,” she told Elle.

Yet she felt like an imposter. In her early twenties, she would try to skirt around any mention about her rockstar dad or her Hollywood star mom, feeling ashamed of her last name in a way. “There was a little bit of embarrassment around what came with my last name,” she said. People had always assumed she landed the gigs she did because of her celeb parentage, not because of actual talent. “That was hard,” she stated.

But I had to remember that I work hard, and as a child, I was putting on performances in my grandparents’ house. And it had nothing to do with who my family was. It was because I loved it.

What a lot of people don’t realize is that these children grow up in such a creatively stimulating environment, they can’t help but fall in love with the art as well. In Zoë’s case, she had been putting on performances in her grandparents’ house from a young age, just relishing the craft and exploring her imagination. “It had nothing to do with who my family was. It was because I loved it,” she said in regard to her passion for acting. As a result, she had to work hard to hone her skills: it was the only way she could convince herself, as well as the rest of the world, that she deserved the success she was beginning to accrue as an aspiring actress. It was about “wanting to prove not only to the world but to myself, that I deserve to take up space in the industry,”

Hollywood can be a complicated and disorderly place, with success or failure coming to those who are connected and those who are not. That said, growing up as the daughter of one of the most prolific artists of the ’80s does provide many advantages, which Zoë likely leveraged in her road to stardom.

And certainly, when someone grows up in a professional environment, as Zoë did in Hollywood, they will gain comprehensive knowledge of how everything works, and what’s the best formula for success. They’ll naturally be in an excellent position to dig deeper into the craft and produce something of value. However, it’s what they do with that knowledge, and how they develop their own skills that separates a way in from wanton nepotism.

Zoë Kravitz worked hard to carve out a unique place in this industry; even as a “born celebrity,” she studied and observed and practiced and struggled to attain something remotely resembling A-list status. Yes, she was privileged, but she is also wildly talented and driven, and has proven she deserves the opportunities she’s received based on her merit.

As such, and as she’s become more comfortable with her position in Hollywood, Zoë has begun to appreciate her parents and their respective legacies. If someone brings them up of their own accord, she’s no longer ashamed of them. She’ll happily discuss their work and celebrate their accomplishments. “I’m proud of where I come from,” she added in the interview. She’s a child of privilege, but she’s also her human being with some impressive performance under her belt.

Now it’s nice to be in a space where I feel like when people ask me about my parents, I’m not like, ‘Let’s not talk about that.’ I’m like, ‘They’re awesome. I’m grateful to be their child. And I also am my own human being.’

Hollywood has always prided itself on being a welcoming place where everyone can work their magic and execute their vision, at least in theory. In the end, recognizing privilege is crucial and establishing a work ethic on top of that privilege is just as important; that is the sole factor that equalizes everything and indeed dictates who is worthy of being in this industry, regardless of background. As long as you’re able to showcase your talent and can bring something interesting to the table, you deserve everything that’s coming your way.

David and Goliath (Official Lyric Video) Fearless Motivation
You’re Making Decisions The Wrong Way – Here’s How to Do It Right
Canada has 3 of the world’s most liveable cities in 2022
U.S. shares plan to drastically reduce nicotine levels in cigarettes
Chris Pratt’s Tragic Divorce Taught Him One Crucial Thing before Marrying Katherine Schwarzenegger