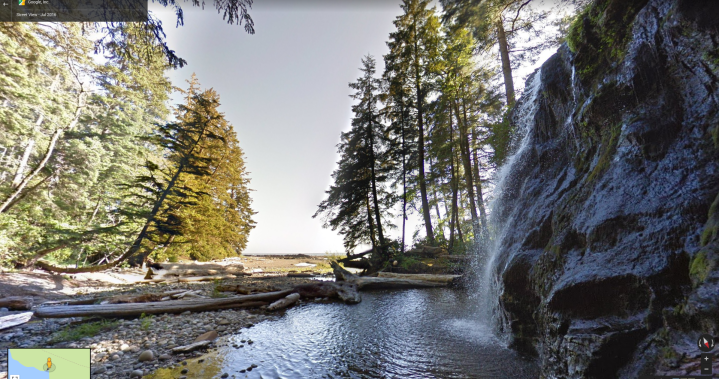 Canadians are welcoming spring as health restrictions are easing and that means some folks are seeking out adventure.

As people start to think of holidays and trips, an activewear company has calculated what countries are the most popular hiking destinations in the world as well as the top 10 hiking routes in Canada, based on the number of hiking-related Instagram posts and Google searches for walking destinations globally.

Based on those factors, SportsShoes.com crowned Spain the most popular hiking destination in the world, with Japan and England in second and third place.

Closer to home, the company reviewed more than 50 of Canada’s hiking routes before determining the most popular.

The 10 most popular hiking routes in Canada include five routes in British Columbia and two in Alberta. Quebec, Ontario and Newfoundland are also on the list.

One of Canada’s oldest trails, this Ontario footpath winds its way through the edge of the Niagara Escarpment. Hikers can experience waterfalls, streams and rivers leading up to the Niagara Falls, which can be reached on a side trail.

This once infamous backpacking route was originally made as a way to rescue shipwreck survivors on the coastline. It was initially known as the Dominion Lifesaving trail. It treks through a stretch of coast subject to unpredictable weather conditions, rocky reefs and shifting sandbars. Hikers experience white-sand beaches and dense, lush forests, but the trail is tougher and best for intermediate to advanced hikers.

The Black Tusk is a stratovolcano and a pinnacle of volcanic rock in Garibaldi Provincial Park. It is 2,319 metres above sea level and its tallest peak can be seen a long way from all distances. One of the best spots to see it is from the Sea-to-Sky Highway just south of Whistler.

The Stawamus Chief, officially called the Stawamus Chief Mountain, is a 700-metre granitic dome next to the town of Squamish, near Howe Sound. It is one of the largest granite monoliths in the world. The trail takes you up to one of the three peaks. There are a few difficult sections, but ladders and tow chains can help. It’s possible to hike all three peaks in the same day.

Meewasin Trail named one of 10 greatest hikes in Canada

This is a 20-kilometre loop near Mont-Albert, a territory in the Gaspésie-Îles-de-la-Madeleine region of Quebec. It’s considered a challenging route, taking more than seven hours to complete. It’s popular for backpacking, camping and hiking. The trail is open year-round.

The Rim Trail is a circular hike in Cathedral Provincial Park in B.C’s interior. The majority of the route runs along a mountain ridge. It’s known for being visually stunning and inspires incredible photographs.

The famous turquoise waters of Lake Louise are surrounded by mountains inside Banff National Park. The Plain of Six Glaciers hike offers iconic views of the lake. The hike starts with an easy walk along the shoreline of Lake Louise and then continues up into the beautiful mountain amphitheatre.

Turtle Mountain trail is about 7.4 kilometres out and back. It’s categorized as a challenging route, taking an average of about four hours to complete. It’s popular for backpacking, hiking and snowshoeing, but also offers quiet and serenity. The trail is open year-round, but the best times to visit are June through October.

4:01
Three B.C. hikes to check out this spring and summer

The company used Google Search Data to analyze global search volumes using the terms “walking and country” and “walking holidays and country” over the past 12 months, then combined it with the number of Instagram hashtags for #hike+country and gave each destination its own score.

The countries were then ranked according to this score.

The study, conducted by SportsShoes.com, analyzed Google searches for more than 500 hiking routes, along with walking and hiking holidays in more than 100 countries, before combining this with the number of Instagram hashtags for each, to create an index that determined the best destinations for a hiking trip.

Spain topped the list, with 170,830 annual searches and 3,100 hashtags associated with a hiking adventure there.

Japan follows closely behind and England took third, with more than 124,000 searches and 1,600 hashtags for hiking holidays.