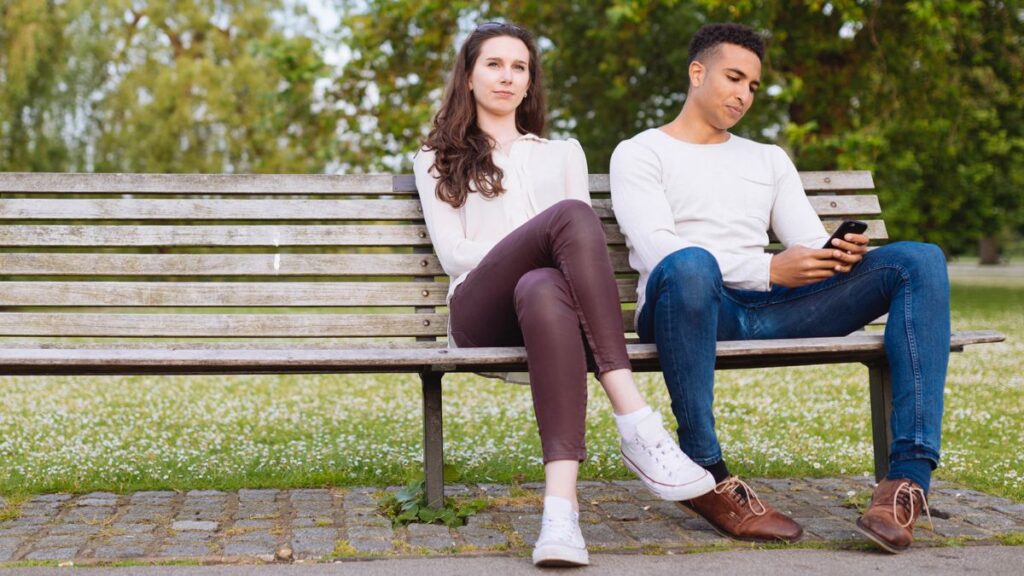 Mutual support and reciprocity are part of what makes social groups essential to overall wellbeing and happiness. We all need others to thrive, and all relationships have a degree of give and take. If you find yourself in a relationship that is imbalanced and perform a little cost-benefit analysis, you’ll probably find that you give too much and receive little in return. This will lead to you feeling disillusioned or frustrated.

Equally, intimate relationships require moments of selflessness. Giving with the expectation of getting something in return isn’t true giving, but a way of accumulating relationship debt, or keeping score within your social life. It’s a behavior with an ulterior motive and not something that will build deeper trust.

The role giving and receiving plays in human interactions and social relationships has been explored in-depth by many sociologists. Their discoveries offer psychological insight into the deeper motivations of human behavior.

Questions arise such as: Why do we relate to others in the way we do? What keeps us committed to some relationships and not others? What’s the ideal balance of give and take? Social exchange theories contain answers to these questions, and more.

The definition of social exchange theory

Sociologist George Homans was one of the first people to propose viewing human behavior in economic terms.

Homans social exchange theory proposed that interactions are based on principles of exchange, and reward vs. cost. In simple terms, that means that humans choose relationships that are high reward and low cost. Homans never used the term social exchange theory in his early work, although later scholars, Peter Blau and Richard Emerson, developed the theory, and the name stuck.

Since its conception in the 1950s, social exchange theory has expanded in scope. Originally focusing on individuals, it has been applied to ideas such as justice, power dependence relations and dynamics, organizational behavior, fairness, social cohesion, and solidarity.

The theory is not without its criticisms, though. Homans himself acknowledged the theory “is a general behavioral psychology, admittedly applied to a limited range of social situations.”

Within these principles, the theory assumes a number of supporting behaviors, including costs vs. benefits, rewards and value, and expectations and comparison levels.

Costs vs. benefits in social behavior

When you view relationships economically, it becomes apparent there are certain costs and benefits in all relationships. Although money is the most obvious cost, there are more abstract costs that come from relating to other people. Many of these aren’t easily quantified or even identified. Many social exchange theorists emphasize these motivations are often unconscious, and not deliberate. According to Redmond:

At a basic level, just like a business looking to become successful, social exchange theory suggests we look to establish relationships that run at high-profit margins — the benefits the relationship offers outweigh the costs. By default, no relationship is zero cost, even if that cost is our energy or attention.

A reward will look different for different people. An extrinsic reward might be a friend buying you lunch as a thank you for helping them move house. In addition to a free lunch, you’ll also have intrinsic rewards, such as the feeling of satisfaction of helping a friend in need.

In Buddhism, sympathetic joy (Muditā) is the feeling of delight in other people’s good fortune. Does that mean that the reward of helping someone in need, through compassion, or supporting a friend achieve their goals, could be seen as some form of exchange?

The opposite is true, too. If you spend time with someone who treats you with disrespect but is generous in other ways, the feelings of anxiety or frustration might lead to a higher “cost” than other rewards on offer.

This point touches upon the level of complexity with social exchange theory, namely the question: if relationships depend on cost and reward, what is an appropriate level of profit?

There are factors involved in this process. One is simply maturity — as we evolve and grow, and experience many relationships across our lives, we gain a deeper understanding of the natural ebb and flow, and what is reasonable to expect, or want.

Additionally, expectations can be shaped by past experience and relationships modeled elsewhere. For example, the idea of a perfect romantic partner, as seen in Hollywood, might lead someone to have an unhealthy expectation of what makes the relationship profitable. Someone who has witnessed relationships that are unbalanced (such as traditional gender roles) might internalize that as an acceptable model.

Also, the way someone views themselves influences their comparison level. Someone with low self-esteem is more likely to tolerate an unbalanced relationship, due to feeling undeserving of something more, or believing they have to give more than they take. Whereas someone with an inflated ego might expect too much.

Impacts of social exchange on relationships

As you start to get a clearer picture of social exchange theory and how it relates to social behavior, you may begin to see how it applies to your life.

All of us engage in exchanges to various degrees. For example, if living with a partner, you may choose who takes responsibility for various chores, in a way that feels fair for the overall functioning of household duties.

While give and take isn’t the only defining factor of relationships, there can be significant fallout if there are imbalances. Just think of any time you’ve taken more than your fair allocation of taking the rubbish out. This theory is described at its most clinical extreme by Levine, Kim, Ferrara in their 2010 paper:

While an unconscious spreadsheet sounds a little too dispassionate, and psychologists note the unhealthy nature of “point-scoring,” there is an element of truth: when the balance sheet is in the red, it can lead to deeper problems, even if at an unconscious level.

Resentment and guilt are two sides of the same coin when it comes to social exchange theory. If a relationship becomes imbalanced, the person who is “giving” more might start to feel resentful, or even angry. At times, imbalances are likely to occur, but if this is a persistent pattern, it can cause severe fractures in the health of the relationship.

Equally, someone who takes more than they give might start to feel guilty. Like all relationship issues, this is a dynamic, without one side purely to blame. For example, someone who overextends and gives too much might have difficulty communicating or setting boundaries. Or a people pleaser may view small acts done for them as having to be “repaid.”

The logical end-point of social exchange theory is the termination of relationships. If relationships are based on exchange, then if the costs are too high and the profit margins too low, then the relationship has to end.

Of course, the reality is much, much more complex. Defining cost and reward is difficult, and there are many variables at play. But the truth remains: a severely unbalanced relationship has the risk of ending if issues aren’t addressed.

How to integrate theory into practice

Social exchange theory doesn’t come without philosophical challenges. For example, viewing social bonds through the lens of cost and reward can lead to what psychologists call transactional relationships. They’re relationships that come with expectations of reciprocity, commonly seen in traditional marriage stereotypes, where the man works and provides financial security, and the woman cooks and cleans.

Clearly, this business-like relationship isn’t desirable! One of the most nourishing aspects of relationships is careless giving, and certain expectations can create roadblocks on the path to intimacy. If humans are always assessing “what’s in it for me” whenever they meet someone new, that suggests there’s no truly altruistic or selfless act.

Either way, it’s worth remembering social exchange theory is a framework to understand human behavior, not a how-to guide. With that in mind, how can you integrate this theory into your life? What can be distilled, and applied, for better relationships?

1. Appreciate that relationships are investments

The reward vs. cost dynamic does highlight a fundamental truth — relationships are investments. While you don’t want to become ruthless (put the spreadsheet to the side, please), you don’t want to completely overlook this.

Relationships require different levels of investment, from your time, emotions, energy, attention, or even financial input. And relationships are based on mutuality. There does have to be a healthy sense of mutuality.

Of course, some relationships have dynamics that are naturally imbalanced, such as a parent looking after a child, or caregiver caring for a sick relative. But friendships, romantic relationships, and adult familial relationships all require a healthy balance to function well. For example, if you find that you’re consistently investing more in a relationship than the other person, it could be time to re-assess whether the relationship is right for you.

2. If a relationship is imbalanced, don’t rush to a decision

We live in an age where people tend to discard relationships when they get tough, particularly romantic relationships. When reflecting on the relationship, consider the long-term pattern, and other factors. Is a friend going through a difficult spell, and in need of extra support than usual? Or is the very foundation of the relationship imbalanced?

Part of what makes for worthwhile relationships is a degree of loyalty or commitment. Just think how it feels to know you have friends who accept you at your worst. That requires a degree of flexibility when things aren’t going well.

If you reach the point where you consider ending the relationship, then always choose the route of open communication, not avoidance. Avoid ghosting or distancing, and instead, have an open conversation about why the dynamic isn’t working.

The beauty is, there’s the possibility that setting boundaries can re-balance the dynamic. The person you’re relating with might have even been unaware of how their behavior was affecting you, especially if they value different things, or talk a different love language.

3. Be clear about your motivations

Personal development is making the choice to behave in different ways, which includes overcoming impulses or desires that conflict with values. When it comes to relationships, that process requires looking at your true motivation and choosing something greater. Social exchange theory provides a framework that can illuminate your motivation in relationships, allowing you to be clearer in what you’re looking to create.

For example, it’s entirely possible you have a number of relationships that are transactional. Perhaps unconsciously you agree to do certain things, or treat someone in a certain way, through the desire for reward — be it validation, acclaim, or respect. In the long run, these relationships lack fulfillment and run the risk of affecting your authenticity.

Personally speaking, I don’t believe viewing all relationships as economical transactions is key to long-lasting, nourishing bonds, or deeper intimacy. But it can’t be avoided that, as social animals, exchange does play a valuable role. The more you’re aware of this, the better you can integrate it.

If exchange and cost vs. reward is the foundation of a relationship, it’s likely to become transactional, tyrannical, and unhealthy. If exchange is overlooked completely, imbalances can easily arise, leading to resentment, guilt, or conflict.

More than anything, social exchange theory pinpoints why reciprocity is vital to the healthy functioning of relationships. By understanding this model, and comparing it to your relationships, you’ll be able to get a clearer picture of which relationships are imbalanced, why that might be the case, and what steps you can take to address it.

Ultimately, relationships thrive on mutual support, forgiveness, compassion, acceptance, and acts of kindness. And there’s no spreadsheet, or economical model, that can capture that.