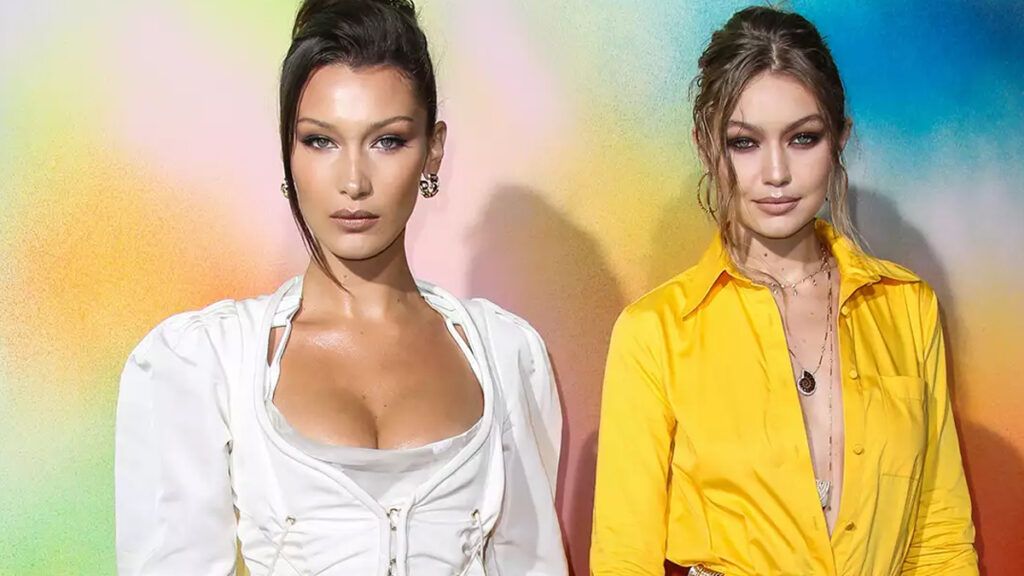 Bella Hadid is bringing her most painful insecurities to light.

The 25-year-old supermodel is widely known as one of the most captivating female personalities on the planet, yet her coveted status doesn’t protect her from unreasonable anxieties about self-image. In a striking new interview with Vogue, the California native delves into the battles she’s fought behind the scenes in order to love herself, and how this journey has coincided with that of her older sister Gigi.

As with all celebrities, it’s important to remember that while Bella is an inspiration to people around the world, she, too, needs a consistent dose of support, love, and affirmation to survive. That’s exactly why her story sheds light not only on the work women have to do to achieve self-love, but how they can avoid the pitfalls of 21st-century ‘influencer’ culture.

Bella Hadid Always Felt Like the “Uglier” Sister Growing Up

In the Vogue profile, Bella reveals the dark side of growing up in the public eye, especially in relation to an older sister who’d been launched into stardom as a teenager. As Gigi rose higher and higher into the upper echelons of the modeling hierarchy, Bella found herself falling behind; always in the shadow, inadequate, lackluster, never good enough.  Though in recent years Bella has developed the reputation as the “steely, dead-serious” and “scary” Hadid sister, she didn’t always exhibit such confidence. It was a mechanism — a “shield and armor,” as she says — which she had to adopt to offset the trappings of fame.

RELATED: We Need to Talk about Why Priyanka Chopra’s Pregnancy Is Still Controversial

“I was the uglier sister,” she said, frankly. “I was the brunette. I wasn’t as cool as Gigi, not as outgoing.” When she heard these phrases being hurled in her direction on the daily, she started believing them. She didn’t feel worthy of being a Hadid, of the opportunities she’d been given due to her sister’s success. Feeling like she’d never compare to her older sister and her soaring celebrity, Bella promptly developed several challenges to her mental health, from depression to social anxiety to a host of eating disorders. She plummeted deeper and deeper into a destructive cycle of self-loathing, unaware of how she could navigate a sphere as judgmental and high-pressure as modeling.

I always ask myself, how did a girl with incredible insecurities, anxiety, depression, body-image issues, eating issues, who hates to be touched, who has intense social anxiety — what was I doing getting into this business?

In high school, Bella experienced anorexia, partly due to being on Adderall, which was prescribed to her for a presumptive case of ADHD. She developed such a prolonged, acute instance of body dysmorphia that it altered her relationship with food and transformed her sense of perception. “I can barely look in the mirror to this day because of that period in my life,” she told Vogue.

With her confidence at an all-time low, she decided to make a severe choice about her face. “When Bella was 14, she had a nose job. It’s a decision she regrets,” reads the Vogue profile. She says she wished she’d been strong enough to resist the cosmetic surgery, to keep the “nose of her ancestors.” She believes that had she preserved her original nose, she would have “grown into it” and would have likely learned to accept her facial features as they existed naturally. But when you’re a teenager who’s obsessed with perfection and pleasing everyone around you, it’s far too easy to opt for the route of instant gratification, regardless of the psychological damage it could inflict.

So now, everything that I do in my personal life is literally to make sure that my mental state stays above water. Fashion can make you or break you. And if it makes you, you have to make a conscious effort every day for it not to break you.

Today, though Bella still lives with the demons of her past, she’s in a better place. She has a more profound cognitive understanding of many of the symptoms that hijacked her adolescence. She’s aware of what mental wellbeing entails, and the work she has to do to take care of herself in the face of public scrutiny, gossip, and condemnation.

She has learned to live with her imperfections, knowing how much they represent her genuine self. Even her sister Gigi has nothing but praise for her, saying, “Bella leads with her heart, and that’s beautiful, but you learn the hard way to guard yourself.”

Self-love Is Hard – But the Journey to It Is Worthwhile

Though most of us are not immersed in the cutthroat world of fashion or celebrity, we have and will continue to face challenges around self-image, beauty, and mental stability. What we have to remember is that everyone goes through a rough time.

RELATED: How Christina Ricci Went from Underrated Actor to Outspoken Activist and Back Again

Even the influencers that supposedly have everything in their life under control are pretending, drawing their validation from public opinion. At the end of the day, the love that keeps us afloat may be influenced by external factors, but its source must come from within. Self-love is the harder road, but it’s the one that’s going to be worth your time.

How to Heal a Broken Body and a Broken Spirit | Janine Shepherd | Inspiring Women of Goalcast
Canada has 3 of the world’s most liveable cities in 2022
Lizzo Was Almost Canceled Over an Offensive Slur – Her Surprising Response Changed Everything
Discern Between Your Hunger and Appetite To Help Achieve Your Fitness Goals
Patio umbrellas sold at Costco recalled due to fire, burn risk