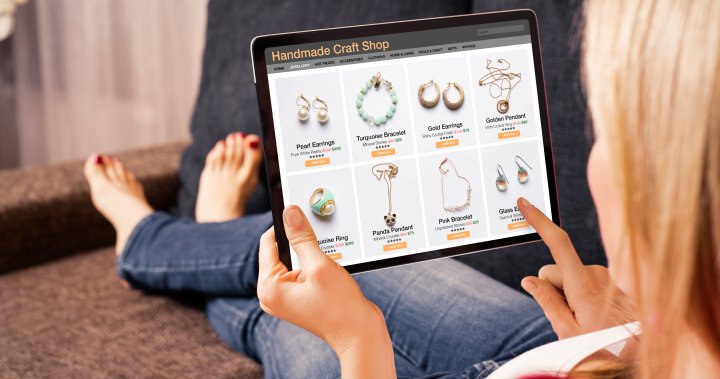 Following an announcement of increased seller fees, thousands of Etsy shop owners will go on strike in April, and are asking customers to boycott the website in solidarity.

Etsy, an e-commerce website best known for the sale of handmade and vintage goods, released a report saying despite revenue being at an all-time high, transaction fees for third-party sellers will increase.

The transaction fee, which is currently set to five per cent, will rise to 6.5 per cent as of April 11, a 30 per cent increase. This fee is the amount Etsy charges when a seller makes a sale, taking a cut of the profit.

In 2021 alone, Etsy’s gross market share (GMS) reached a record US$4.2 billion, up 16 per cent year over year, the company reported.

In response to the expected change, several Etsy sellers banded together to create a petition demanding the fee increase be cancelled. The petition, called “Etsy: Cancel the fee increase. Work with sellers, not against us!” is addressed “To: Josh Silverman, CEO of Etsy.”

As of Thursday, the petition has more than 18,500 signatures.

60% of Canadians worry about feeding their families amid inflation, Ipsos poll finds

The petition calls for signees to boycott the website from April 11 to April 18. The Verge also reported more than 5,000 store owners have agreed to the strike and will close their shops for the full strike period, or just a single day.

“Etsy was founded with a vision of ‘keeping commerce human’ by ‘democratizing access to entrepreneurship,’” the petition reads. “As a result, people who have been marginalized in traditional retail economies — women, people of color, LGBTQ people, neurodivergent people, etc. — make up a significant proportion of Etsy’s sellers. For many of us, Etsy makes up our main source of income.”

The petition continues, saying Etsy has strayed from this initial company vision and has “come to resemble a dictatorial relationship between a faceless tech empire and millions of exploited, majority-women craftspeople.”

There are five demands within the petition, the first of which is that Etsy cancels the transaction fee raise.

“Increasing seller fees by 30% after two years of record sales is nothing short of pandemic profiteering,” the petition says.

Etsy has defended the fee increase as a good thing for sellers and the company.

In the initial statement informing of the transaction fee change, Silverman is quoted as saying, “Etsy enables anyone with a creative idea to start a business and reach a built-in audience of more than 90 million shoppers.”

“We have demonstrated our ability to make improvements that directly translate into more sales for our sellers, as evidenced by record sales per seller in 2021,” he continued. “Our new transaction fee will enable us to invest in key areas like marketing and support to further extend our strong momentum.”

4:19
Navigating rising costs of being a pet owner


The petition’s second demand is for Etsy to crack down on resellers.

Though the platform is known for handmade goods, there are more and more storefronts drop-shipping products purchased overseas. The petition claims these resellers “undercut authentic makers by peddling sweatshop-produced junk in clear violation of the spirit of the Etsy community.”

“Etsy needs to provide a comprehensive plan for tackling resellers (people selling mass produced goods that they have not even designed themselves) on the platform,” the demand states. “This plan must be transparent so that sellers can hold Etsy accountable.”

Other demands include implementation of a new technical support ticket system, an end to the Star Seller program (which provides sellers a badge if they meet certain metric targets like a 24-hour response time, continuous five-star reviews and fast shipping) and the ability to let sellers opt out of offsite ads.

“Even though it’s the hard work of Etsy’s sellers who’ve made it the massively successful company it is today, we have fewer rights and less of a voice in our workplaces than ever,” the petition reads.

Etsy has yet to publicly respond to the petition.

“The strike is just action number one,” petition creator Kristi Cassidy told The Verge. “What we want to really do for the future is form a solidarity support movement — peer support, artisans supporting each other.”