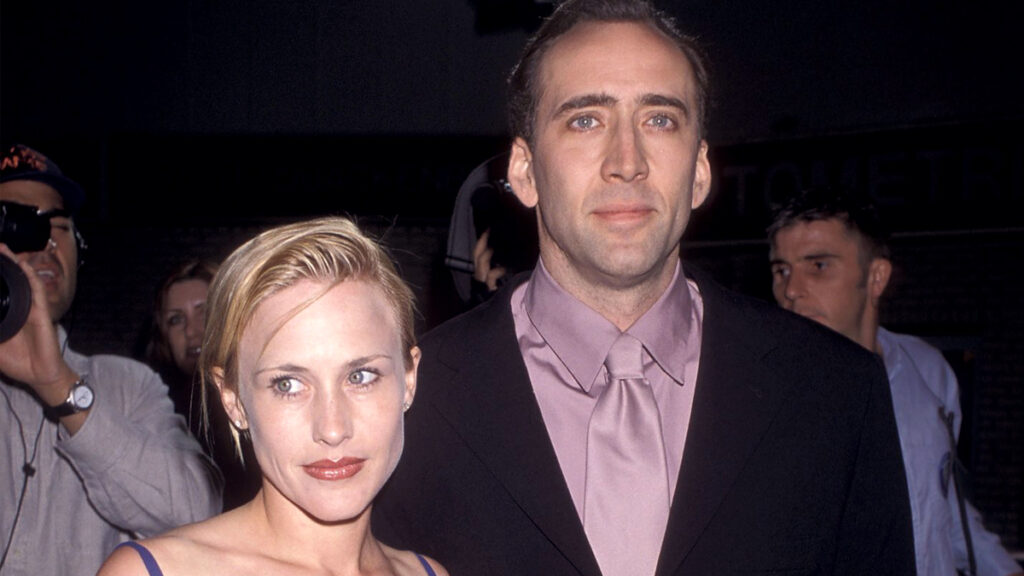 Though known as one of the most talented, dedicated actors of his generation, Nicolas Cage, in recent times, has developed a reputation as somewhat of a “madman.”

Seemingly unhinged and immensely unorthodox, Nicolas Cage is not one to conform to society’s standards of how a leading man should behave. Whether it’s his eccentric movie choices or his romantic ups and downs, he doesn’t listen to anyone’s rules but his own, and even then, he deviates. Is there a method to his madness, or does he simply act on instinct every time?

Nic Cage’s Four Doomed Marriages – And Why They Went Awry

Nicolas Cage has had a love life that can only be described as… tumultuous. For any ordinary person, one, two, or even three marriages would be adequate — if not excessive — but Nicolas Cage has five matrimonies under his belt. At 57 years of age, you may expect him to have grown children, with parenting struggles well in the rearview mirror, but perhaps surprisingly, he’s only just now awaiting the birth of his third child.

Though many onlookers would feel apprehensive about going through these milestones as they’re preparing for their 60s, Nicolas Cage’s perspective is refreshing, illuminating and brimming with hope.

RELATED: Why Kanye West’s Admission That He Was Wrong In His Marriage Is More Important Than We Think

Though it remains to be seen how his marital partnership with Riko Shibata pans out, Cage hasn’t had the best track record in this department. His first marriage had been his longest at 12 years, whereas his shortest lasted a mere four days. That being said, just because you’re constantly failing and floundering doesn’t mean there’s something inherent wrong with you; it likely means you just haven’t found the right person. On the other hand, it may be a signal that either you or your partner aren’t putting in the work that’s required to sustain a marriage. In Cage’s case, it’s a combination of both, with an emphasis on the former.

In 1995, Cage married actress Patricia Arquette after spending years together. However, as rumors had it at the time, she presented him with a list of demands that he would have to fulfill to earn the right to propose. He promptly went through the list, and they tied the knot on top of a cliff in Carmel, California, with only a police chief as their witness.

His second wife was Lisa Marie Presley, the daughter of Elvis. They wed in August 2002, and by November, they filed for divorce. Speaking about the short-lived union, the Adaptation actor said he was motivated by a “sense, a logic” to get together with her, seeing how they both came from famous showbiz families with similar lifestyles. Though their similarities allowed them to connect with each other, it also ended up shattering their rapport. “Oftentimes when you have two people who are very strong and their own personalities, and rather intense, sometimes you can have a hard time meshing,” Nicolas Cage said in 2003.

The Pig actor met his third wife, Alice Kim, as she was serving him in a Los Angeles restaurant. Addressing press speculation that he only married her because of spousal privileges, Nicolas said that they “did it because [they] loved each other.” This may very well be true because he and Alice remained hitched for nearly 12 years, welcoming their son Kal-el on October 3, 2005.

When the marriage dissolved, Cage was lost for words. “It was a shocker for me – I definitely didn’t see it coming,” he told The Guardian in 2018. He then alluded to the fact that their age difference — of nearly 21 years — may have played a part, but didn’t confirm anything. “I don’t really have any ill will towards what happened. That’s all I’ll say,” he said. The pair went their separate ways in January 2016.

RELATED: Ice Cube’s Relationship With His Wife Proves Marriage Doesn’t Have to Mean The End of Romance

His fourth marriage was perhaps his most bizarre. After dating for less than a year, Cage said “I do” to makeup artist Erica Koike at an impromptu wedding in Las Vegas on March 23, 2019. He filed for annulment just four days later, on March 27, 2019. Reflecting on his misjudgment, the Primal star said, “I don’t really want to talk about it. I was pretty upset about that and the way things happened.” According to the court documents filed in relation to the divorce, he claimed they were heavily intoxicated and that he didn’t know she’d been in a relationship with someone else.

Four unsuccessfully marriages is a heavy burden to carry, but it didn’t stop Nicolas Cage from taking the plunge with his girlfriend, Riko Shibata. They met while he was shooting Prisoners of the Ghostland in Japan and were married in an intimate ceremony in Las Vegas on February 16, 2021. With Riko, Nicolas is finally certain about his future. “I’m really happily married. I know five is a lot, but I think I got it right this time,” he said.

The 57-year-old Cage also told GQhe doesn’t plan on walking down the aisle again — Riko is the love of his life, and, hopefully, his happily ever after. “I mean, this is not happening again. This is it. This is it,” he said emphatically. He also elaborated on his decision to take vows with Riko in the first place, considering how he’s been burned on this path before.

I am a romantic, and when I’m in love, I want to give that person everything I can. It’s my expression of saying, ‘I love you. I want to spend the rest of my life with you.’ And this is it for me.

Nic Cage Proves There Is No Deadline to Finding Love

If Nicolas Cage, with his history of bad marriages and doomed romances and ill-advised dalliances, can muster hope in a time of uncertainty, it’s possible for everyone.

Obviously, he’s a unique personality who marches to his own drum, but we need to be able to make mistakes to get to know ourselves better. Some of those decisions can cost us more than others, but we must learn from them and improve the quality of our lives.

Love doesn’t abide by any society’s rules on age, gender, or any other label — it can happen anytime, anywhere, and you just have to immerse yourself in the journey.

How to Live an Extraordinary Life, Starting Right Where You Are
Why We Champion the 4 Day Week
Deaf Comedian Turns Tragedy Into Comedy | Kathy Buckley Inspirational Video | Goalcast
Amazon’s Alexa could soon mimic the voice of your dead loved ones
The Power of Reframing: 3 Ways to Feel Better About Life