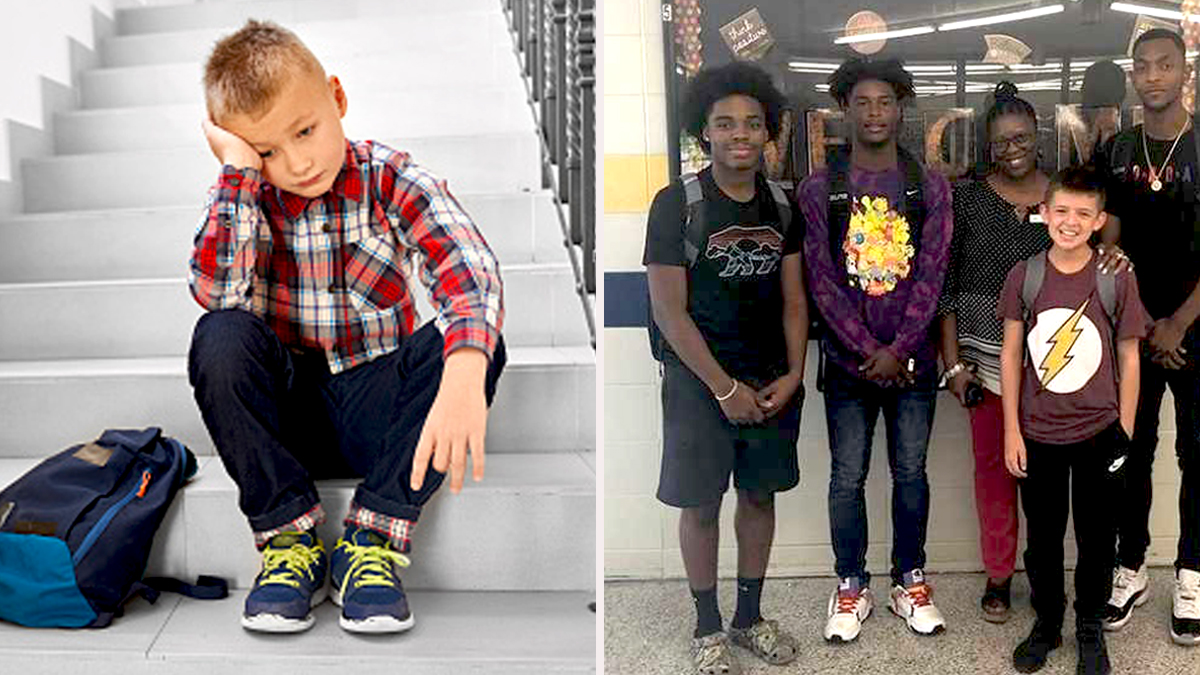 Starting fresh at a new school is daunting and scary, even for those with high self esteem. It can be overwhelming to enter a new environment and find your place among new peers.

The worst case scenario for many young people starting at a new school is finding yourself eating lunch alone and isolated, avoiding insults and bullies who are plaguing your high school experience. For one freshman in North Carolina, this nightmare came true, until senior classmates decided to band together to start his high school experience off on a more positive note.

14-year-old Caleb Wrenn started his high school career on a rough note at Reidsville High School. Classmates immediately began to bully the freshman, calling him “short” and making him sit at the lunch table alone. He wasn’t necessarily surprised since he had been bullied for his small stature throughout his life, but he was still saddened by the treatment.

When he got home, he told his sister, Leah Edwards, about his rough day. She tweeted about the situation, and the story went viral. The next day, everything changed for Caleb.

At lunch, I sat alone and I was actually getting called short and stuff. I  was used to getting picked on for my height and I wasn’t that upset when it happened in high school because I assumed it would.

The next day at school, several older students joined Caleb at the lunch table. The students, including star athlete Demontez Canada, had seen the tweet and decided that it was important to show Caleb he was welcome at school.

Not only that, they wanted to set an example for the younger students who were bullying Caleb. The Upperclassmen’s philosophy? Bullying was not something that was going to be accepted at Reidsville.

We decided to catch him off guard at lunch and have lunch with him and show him around the school and make sure he was okay and give him new friends.

Many of the students who showed kindness to Caleb are part of the Boys to Men club at the school. The club prepares seniors at Reidsville Senior High School for the transition into adulthood by focusing on academic performance and the value of community service. Many of the school administrators and teachers who advocated for the club are proud of what they saw at their school.

That’s the way we should be in society. We should always help those less fortunate and if they’re learning that lesson here at Reidsville High School, that might be greater than any lesson they get in a classroom whatsoever.

How Caleb and Other Bully Victims Can Stay Humble and Hopeful

While Caleb never wanted too much attention on himself, he realizes the value of his story and is happy to share it with others. He’s not the only kid who starts at a new school and has to sit alone at lunch. He encourages others to be resilient in the face of hard times, but to also accept help and guidance from others when it comes.

Also, he hopes to take an example from his school’s upperclassmen and pay their kindness forward when he is older and can protect other kids like himself.