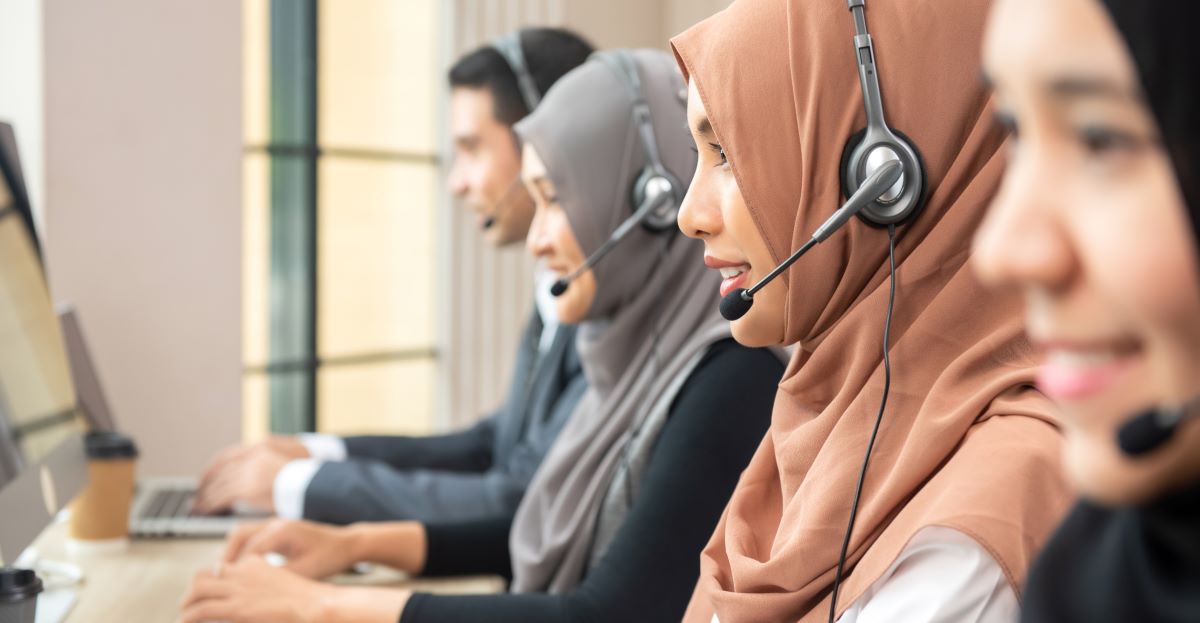 This popular article, authored by Michaela Corning, was originally published by i4cp in 2009 and updated in 2022.

It’s that time of (the lunar) year again. The holy month of Ramadan began recently and as in previous years, i4cp has seen an uptick in the number of companies accessing our previously published articles on productivity and accommodation for Muslim employees.

A few things have changed since our original articles addressing Ramadan were published, and I’m always happy to answer questions about Ramadan and serve as a resource regarding the role of faith in the workplace.

Following are four key points I’d like to share with you; hopefully, they will provide answers to the questions you may have been hesitant to ask of Muslim co-workers.

First, because Muslims follow a lunar calendar, the month of Ramadan changes by about 11 days each year. In other words, the time spent each day fasting changes due to the time of year it’s celebrated and depending on what hemisphere you’re located in. For example, in 2022, countries in the northern hemisphere will have adherents fasting for about 18 hours per day, while those in southern countries will go without food or water for about 13 hours. So why does this matter in the context of diversity and inclusion?

If we compare Ramadan to the timeframe between Thanksgiving and Christmas (or even college basketball season) we know that employees will probably not consistently work at 100% productivity; it’s something everyone accepts. Fewer contracts are signed between Thanksgiving and Christmas, fewer meetings take place, and people are harder to get a hold of; the same goes for the summer vacation season. Helping Muslim employees to get a proper night’s sleep by flexing schedules and expectations during Ramadan is very helpful. I know I appreciate that flexibility.

Let’s take this conversation to the next level

Most people grasp the basics:

Muslims in the U.S. are a growing segment of the population through both immigration and conversion. In fact, the fastest-growing segment of converts in the U.S. is Hispanic and Latino Muslims. And while Muslims are still challenged by negative stereotypes in news and pop culture, Islam is much more mainstream in the U.S.. This is the result of many factors that include: heightened social awareness about inclusion and diversity, more representation in popular culture, for example, successful shows such as Hulu’s “Ramy” and Peacock’s “We Are Lady Parts, “increasing numbers of Muslims elected to public office, etc.

In order to collect some anecdotal data on what Muslims experience in U.S. workplaces and what some of our collective concerns are, I asked my Muslim American Facebook friends (who are converts, immigrants, and second-generation Muslims):

What are some of your challenges and how can HR practitioners and first-line managers help create an environment of trust and inclusion? Here they are:

1) Please don’t be the fasting police

Do you sometimes wonder why your Muslim co-worker isn’t fasting? Please don’t ask, because this is where the conversation gets personal. There are two scenarios in which Muslim women do not fast: during menses or post-partum bleeding. Some women recounted embarrassing stories of male co-workers blurting, “Wait, I thought you were fasting?”

No one wants to discuss menstruation at work, so we try to be as discreet as possible—it doesn’t always pan out though. Also, some people cannot fast due to medical issues such as diabetes, pregnancy, or breastfeeding, or due to chronic illness; they donate a certain amount to charity in lieu of fasting. We also don’t fast when we travel, so business trips are another valid reason. These scenarios are more optional and up to our own discretion, but whatever fasts we miss must be made up after Ramadan.

From the outside looking in, it might sound difficult and burdensome, but most Muslims really enjoy Ramadan and are sad (literally) when it is over. Sometimes I can’t believe how quickly the days pass, as is true with many holiday celebrations both secular and religious. I’ve been Muslim for a large part of my life and there are a lot of nostalgic family traditions associated with Ramadan: eating certain foods, praying together at home, feeding the poor, etcetera. We grow in our spirituality and in our family relations. Why do I mention this? Because condescending jokes in the office about Ramadan are never funny. Conversely, it warms my heart that nearly every year my co-workers send me Happy Ramadan messages.

3) To each their own

Just like any other faith community, there are varying degrees of practice among those who call themselves Muslim. Some Muslims only practice the religion during the month of Ramadan and others stick to Islam’s principles throughout the year. Employers should simply make an effort to address each employee’s individual needs. Just because one person works a modified schedule to allow more time for evening mosque doesn’t mean that other Muslim employees want the same. Further, fasting is harder for some than others. I have friends who look super energetic even in the final hour before breaking fast at night and others who are super grouchy.

4) Keep it all in perspective

I touched on this earlier, but even with a modified schedule and an inclusive workplace environment, it’s still likely that your Muslim employees will not be as productive during Ramadan—at least not until Ramadan moves from spring back to winter. Just as my co-workers take a vacation during the holidays and may produce less because they’re hosting parties and planning family events, so will your Muslim employees during Ramadan. As U.S.-based organizations give time off for companywide holidays between Thanksgiving and Christmas, many immigrant Muslims are accustomed to the same during Ramadan in their native countries. In most Muslim countries, employees work half-days the entire month and are paid as if they worked full-time. It’s a give and take. So, while my co-workers are covering me a little during Ramadan, they can always count on me during holidays such as Christmas, Hanukkah, and Easter to be in the office.

The more we learn about and understand various faiths in the workplace, the better equipped we are to create safe spaces and foster an inclusive workplace for all. Let’s keep the conversation going.

i4cp is dedicated to diversity, equity, and inclusion in the workplace; check out the Chief Diversity Officer Board for unprecedented access to senior DE&I executives, industry thought leaders and discussions.

Jordan Peterson’s Ultimate Advice for Young People | JOURNEY TO SUCCESS
You Have The Power To Be A Point Of Light | Tyler Perry Inspirational Speech | Goalcast
How to Persist, Be Patient and Succeed | Jordan Belfort | Goalcast
Every Parent Needs To Know THIS One Simple Truth | Dr. Shefali | Inspiring Women of Goalcast
The Secret To A Life Worth Living | Powerful Motivational Speech by Tom Bilyeu