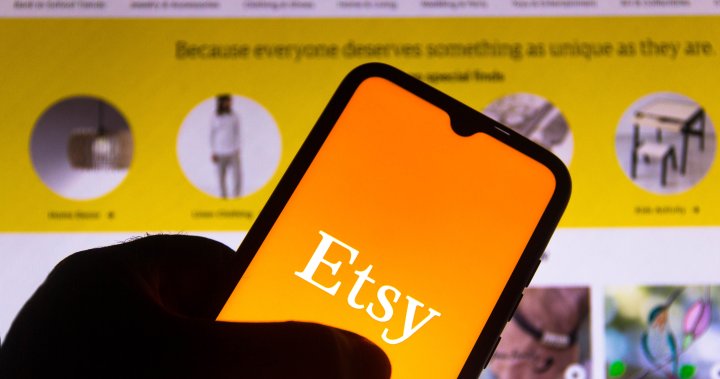 Thousands of Etsy sellers planned to begin a strike on Monday in protest over increased transaction fees on the e-commerce website.

Etsy, which is best known for the sale of handmade and vintage goods, recently released a report indicating it would hike transaction fees for third-party sellers, despite revenue being at an all-time high.

The transaction fees were set to rise to 6.5 per cent from five per cent on Monday, which represents a 30 per cent increase. The fee is the amount Etsy charges when a seller makes a sale, taking a cut of the profit.

In 2021 alone, Etsy’s gross market share reached a record US$4.2 billion, up 16 per cent year over year, the company reported.

In response to the change, a group of Etsy sellers created a petition and website demanding the fee be cancelled, or else it would begin a strike.

“We are striking to protest Etsy’s treatment of sellers. We will put our shops on vacation mode April 11-18. Those of us who can will strike for the whole week, and some of us are striking only for April 11,” the sellers said on etsystrike.org.

“Buyers can support the strike too, by boycotting Etsy from April 11-18, and looking for ways outside of Etsy to support sellers.”

60% of Canadians worry about feeding their families amid inflation: Ipsos poll

“Our sellers’ success is a top priority for Etsy. We are always receptive to seller feedback and, in fact, the new fee structure will enable us to increase our investments in areas outlined in the petition, including marketing, customer support, and removing listings that don’t meet our policies,” the spokesperson said.

“We are committed to providing great value for our 5.3 million sellers so they are able to grow their businesses while keeping Etsy a beloved, trusted, and thriving marketplace.”

The petition had more than 49,000 signatures as of noon eastern time on Monday.

“Etsy was founded with a vision of ‘keeping commerce human’ by ‘democratizing access to entrepreneurship,’” the petition reads.

“As a result, people who have been marginalized in traditional retail economies — women, people of color, LGBTQ people, neurodivergent people, etc. — make up a significant proportion of Etsy’s sellers. For many of us, Etsy makes up our main source of income.”

The petition adds that Etsy has strayed from this initial company vision and has “come to resemble a dictatorial relationship between a faceless tech empire and millions of exploited, majority-women craftspeople.”

— with files from Sarah Do Couto

The Secret To A Life Worth Living | Powerful Motivational Speech by Tom Bilyeu
Every Parent Needs To Know THIS One Simple Truth | Dr. Shefali | Inspiring Women of Goalcast
You Have The Power To Be A Point Of Light | Tyler Perry Inspirational Speech | Goalcast
Jordan Peterson’s Ultimate Advice for Young People | JOURNEY TO SUCCESS
How to Persist, Be Patient and Succeed | Jordan Belfort | Goalcast