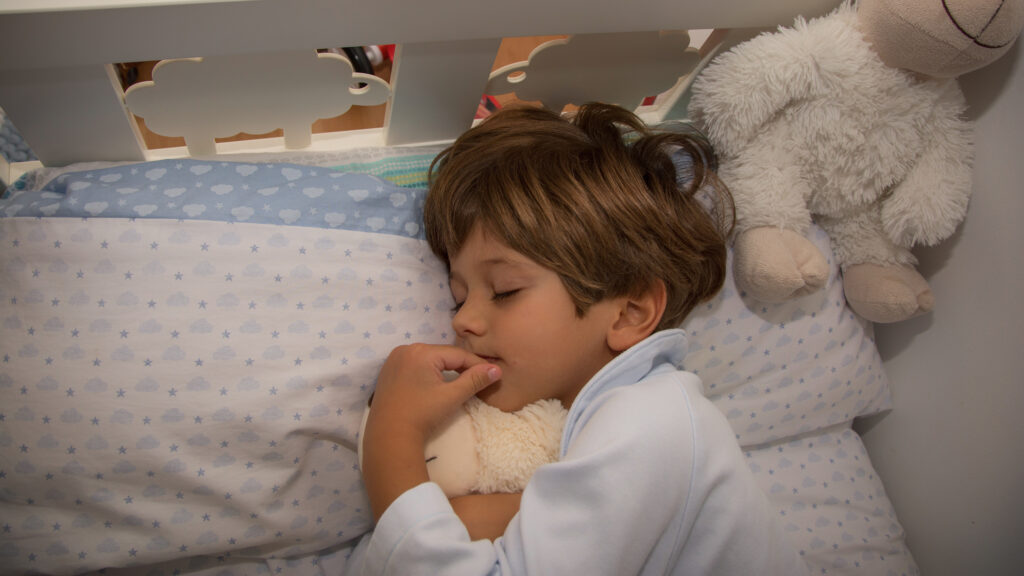 In America and in many other nations around the earth there is a perception that sleep is a burden, not a buoy. We tend to laud people like Barack Obama or Elon Musk, who both reportedly sleep only from 1 a.m. to 7 a.m. each night, or Thomas Edison and Leonardo da Vinci, who both reportedly slept for a mere 20 minutes every three hours.

Rest is treated as an obstacle to productivity as opposed to an opportunity for the mind and body to reset, recover, and reengage in life the next day refreshed and ready. But consider this: Albert Einstein is reported to have slept for around 10 hours each night and he was fond of taking daytime naps as well.

Sleep is not the enemy of productivity; rather it is, for most people, an essential element of a successful life. Getting an optimal amount of sleep is also essential for health and wellness.

First let’s talk about how much sleep you need, then we’ll talk about why you need it.

The Optimal Amount of Sleep Varies by Age

Kids need a lot of sleep, though they will be the last ones to tell you that. According to the Mayo Clinic, babies under the age of one should get at least 12 and as much as 16 hours of sleep daily, including night time slumber and daytime napping. Toddlers need between 11 and 14 hours of rest daily, again including longer sleeps at night and napping.

Children ages three to five generally need between 10 and 13 hours of sleep, while up to age 12, around 10 hours is still an ideal amount of sleep. In the teen years, some young people will still need that much sleep, while others can do just fine with eight hours of rest.

For many years, the optimal amount of sleep for an adult was given as a range between seven and nine hours of sleep, but a recent landmark sleep study has struck upon a more specific figure for optimal sleep for those in middle or older age.

The study found that for adults around 40 years of age and older, the optimum amount of nightly sleep is seven hours. This “optimal sleep duration” was directly associated with (note we say associated with – all findings were heavily correlated but no causal claims are made by the study’s authors) with improved cognitive functioning, reduced stress and depression, and overall better mental health and physical wellness. And as these findings were based on analysis of long-term data sourced from nearly half a million people aged 38 to 73, you can rest assured the results are accurate.

Why Is Getting Enough Sleep Important for Health?

But let’s stay positive and talk about the benefits of optimum sleep each night. Perhaps the most tangible benefit of a good night of sleep is energy and alertness you will enjoy by day. When you consistently sleep for those seven (or more, if needed) hours during the night, your body will be refreshed and recharged and able to stay in motion throughout the day, while your mind will stay sharp and quick. Getting plenty of sleep, therefore, will make you more productive, not less.

Healthy and sufficient sleep has also been directly linked to weight management, with those who get an optimal amount of sleep tending to enjoy a healthier BMI and better physical fitness. Proper sleep also bolsters the immune system, helping you fight off sickness and even leading to improved longevity. And as you enjoy that longer life, you can do so with reduced chances of developing Alzheimer’s, dementia, or other cognitive decline issues thanks to your healthy sleep habits.

And at any age optimal sleep can improve your acuity of thinking and enhance your memory. While you sleep, your brain engages in a process known as “synaptic pruning” which, according to Scientific American, is the brain’s process of discarding weaker connections between synapses (the point of connection between neurons, AKA brain cells) in favor of stronger connections. While your brain is in a state called synaptic homeostasis – which essentially means a state in which no new thoughts are being created or memories logged – your mind can refine and sort the information already stored therein.

In short, while you sleep, your brain betters itself, both refining its memories and prepping itself to make new ones.

Is It Possible to Get Too Much Sleep?

Sleeping in now and then is a luxury and there’s no harm in it whatsoever. Sleeping for too many hours too often, however, is an issue. Believe it or not, sleeping too much can be bad for you, both physically and mentally.

For an adult, oversleeping is generally considered to be sleeping more than nine or 10 hours a night on a consistent basis. It can lead to higher risk of heart disease or stroke, of reduced cognitive function, of depression, and of difficulty with healthy weight management, among other issues.

The good news is that if you consistently sleep too much for ideal health, you can likely make some changes that will lead to optimum sleep. It may be as simple as improving the quality of your sleep environment. A better mattress, a darker, quieter space (or a space with consistent noise, such as can be provided by a sound machine), and reduced chances for interruptions to your sleep cycle can lead to more productive, restorative sleeping that will require fewer hours for all the needed benefits.

If you create an ideal sleeping environment and you’re still having trouble getting optimal sleep, then do yourself a major favor and meet with a sleep specialist – there are dedicated sleep disorder specialists whose work can have life changing effects. Sleep is worth it.

You Have The Power To Be A Point Of Light | Tyler Perry Inspirational Speech | Goalcast
The Secret To A Life Worth Living | Powerful Motivational Speech by Tom Bilyeu
Every Parent Needs To Know THIS One Simple Truth | Dr. Shefali | Inspiring Women of Goalcast
How to Persist, Be Patient and Succeed | Jordan Belfort | Goalcast
Morning Routine to Activate Your Brain | Jim Kwik | Goalcast