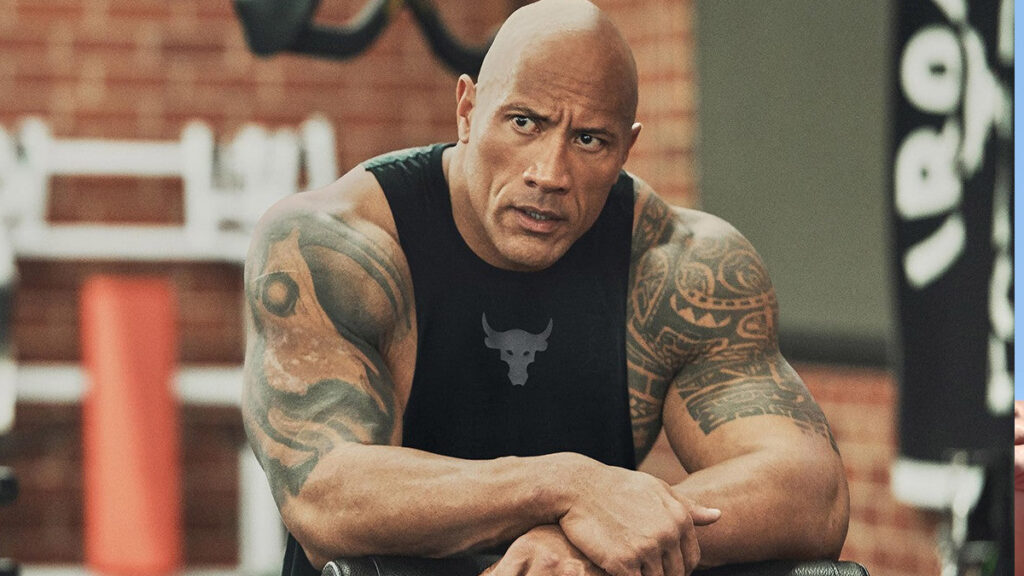 Dwayne “The Rock” Johnson is one of Hollywood’s biggest stars, and not just because he was named People’s Sexiest Man Alive in 2016.

After playing college football for the University of Miami and winning a national championship in 1991, he followed in his father and grandfather’s footsteps as a professional wrestler, ultimately becoming one of the most popular workers of all time.

RELATED: ‘The Rock’ Surprises Veteran Who Puts Everyone Else First By Giving Him His Own Truck

Johnson then shifted to acting, dazzling audiences in films like The Mummy Returns, The Scorpion King and Red Notice, as well as in blockbuster franchises Jumanji and The Fast and the Furious. His projects have grossed billions of dollars and The Rock is now one of Hollywood’s most sought-after and highest-paid stars.

The multi-talented actor also started his own charity to help kids in need called Dwayne Johnson Rock Foundation. But Johnson isn’t just inspirational in the ring, on the silver screen, or due to his charitable endeavors. He’s also got a way with words to match his heart of gold… and bod of steel.

“The single most powerful thing I can be is to be myself.”

Every person has their own unique talents and gifts. You don’t need to be anybody except yourself. Whatever it is that you are good at or want to achieve, that is what you should pursue.

Believe in yourself and don’t worry about what other people think or what they expect of you. Instead, be comfortable and unapologetic in your own skin. Go for your dreams and know that you have what it takes.

“Blood, sweat and respect. First two you give, last one you earn.”

This quote pretty much sums up The Rock’s hardcore, give-it-your-all spirit. Don’t ever think your success will be handed to you, and don’t ever think hard work won’t pay off. Success is not dependent on luck, nor should it be. If you need luck, make some for yourself!

RELATED: Dwayne ‘The Rock’ Johnson Helps Morbidly Obese Woman Lose 115 Pounds Without Ever Having Met Her

If you put in the time and energy, your dreams really can come true. This might mean putting in outlandish hours, Herculean efforts, or plenty of moxie, but if you put in the “blood” and “sweat,” others will take notice and reward you with the most important thing: respect. That respect is what leads to opportunity, and as Johnson also says, “Success isn’t always about ‘greatness,’ it’s about consistency. Consistent, hard work gains success.”

“Failure is not an option. It’s just a step.”

Despite his huge success, even Dwayne Johnson has suffered tumbles. For example, long ago, he dreamed about being a professional football player, but had to deal with the disappointment of not getting drafted by the NFL. However, Johnson didn’t let that stop him. Instead, he discovered his talent and prowess in the wrestling ring and on the silver screen.

So, don’t look at any failures or missteps you face as roadblocks. Rather, think of them as just a stop along your path to success. Learn from obstacles, then go around, over, under or through them until you find the future you seek — even if it looks a little different than what you’d originally planned.

“With drive and talent, you can move mountains.”

Johnson doesn’t take no for an answer. He achieves his goals by putting in the work to back up his drive, talent and positive spirit. In a similar vein, Johnson said, “If something stands between you and your success, MOVE IT! Never be denied.”

RELATED: The Rock’s Daughter Is Following His Footsteps – But There’s One Thing He Never Wants For Her

Don’t give up. Instead, look for solutions, and don’t abandon your dreams just because reaching them might be hard. If you really want something, keep at it, think creatively, and believe in the inevitability of your success. Ultimately, don’t stop until you make it happen.

“What’s the key to success? The key is, there is no key…”

Full Quote: “What’s the key to success? The key is, there is no key. Be humble, hungry, and the hardest worker in any room.”

This quote sums up The Rock’s tenacity, drive, work ethic, optimism, and approach to life. Work hard, don’t expect a free pass or to achieve success without putting in the work, hours, sweat, tears, and hunger that separate those that just start from others that rise to the top.

Recognize that you have a lot to learn and put in the effort needed to work your way to success.

“Being kind is important.”

Full Quote: “Not only do I think being nice and kind is easy, but being kind, in my opinion, is important.”

Success is not just about dollar signs, job titles, awards or other quantifiable achievements. It’s also about being a good person.

RELATED: The Rock Studied His Divorce to Become a Better Husband and Father

The secret is that being kind and nice not only will make you feel good about yourself and endear you to others, you’ll also be more likely to succeed simply because people will be more enthusiastic about working with you—and helping you along the way. Good things really do come to good people.

So, share your optimism, kind spirit, and loving heart with the world. If you do, you’ll already have found a beautiful success.

How Marvel’s Most Powerful Captain America Quotes Can Help You Save the World
Man Who Finds Christmas Wishlist Attached to a Balloon Proves Santa Claus DOES Exist
Jennifer Grey Revealed What Got Her ‘Banished’ from Hollywood – And It Wasn’t Her Infamous Nose Job
How to Write a Best Man Speech That Everyone Will Remember
The rise and fall of Chinatown: The hidden history of displacement you were never told