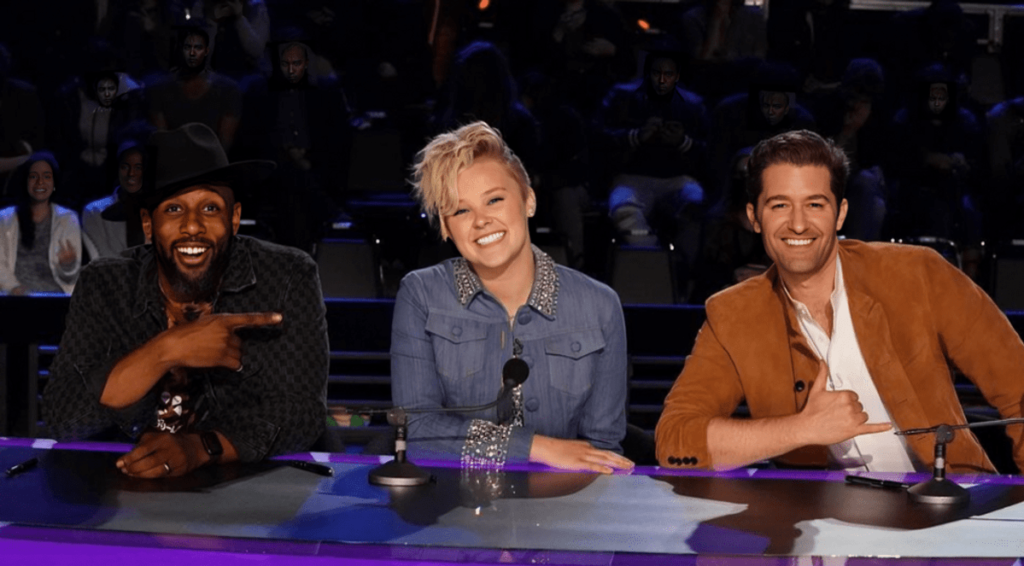 JoJo Siwa’s career is already established at the young age of 19 years old. Siwa had her first encounter with fame through the hit show Dance Moms back in 2015, guiding her to start her YouTube channel which now boasts 12.2 million subscribers. Despite this success, to have an incredibly bright spotlight on you at an impressionable age can sometimes do more harm than good.

RELATED: Top 24 Ellen DeGeneres Quotes to Inspire Pride in Who You Are

In an interview with ET during her time on Dancing with the Stars, Siwa explained a pivotal moment in rehearsal with partner Jenna Johnson that spearheaded her journey toward self-acceptance.

Johnson, in the midst of a complicated dance number, asked Siwa to remove her t-shirt that seemed to be getting in the way. Siwa expressed that she couldn’t because she “didn’t like how [she] looked under it.” This emotional moment was followed up by Johnson asking Siwa to look in the mirror and perform a self-love exercise. Siwa says that her Dancing with the Stars partner changed the way she thinks and feels about herself.

Johnson, who seems to have metaphorically adopted Siwa as a little sister, chimed into the conversation. “At the end of the day, she is a teen and she is a girl,” she says, “in dance class, you have to stare at yourself in a mirror for hours on end and that’s not always easy.”

Siwa’s trademark look of bows, ponytails, and rainbows was established when she was a child. Now, as an adult, it’s only normal that she’s evolved and is searching for a new brand with newfound confidence. How have her recent changes in style and personal lifestyle choices – including her coming out announcement – reflect her growth?

How Coming Out Changed JoJo Siwa

From singing in sold-out venues and joining the Nickelodeon team, to appearances on talk shows and making new celebrity friends, Siwa has turned her fame into a business, going full-on girl-boss. She was even named one of TIME’s 100 Most Influential People of 2020.

In an essay about the teen star, Kim Kardashian called her “a great role model for children.” Kardashian spoke on Siwa’s authenticity, a lifestyle that she has continued tenfold over the last year. “Jojo is never ashamed to be herself, which can be really hard to do in this industry, especially when you’re so young.” She wrote, “At some point, she’ll evolve and grow up a little bit, and that’s O.K. The people who love and support her will always be there”.

RELATED: Elliot Page’s 6 Most Important Lessons about Authenticity for Trans and Cisgender People

And essentially, that’s what happened. In January 2021 Siwa chose to share her sexual orientation with her fans via Twitter. The photo was of a shirt her cousin gave her that said, “Best. Gay. Cousin. Ever.” While live on Instagram after the initial announcement, Siwa said that she’s just the happiest she’s ever been. She then went on to drop another bomb on her fans and introduced her girlfriend, Kylie Prew, 18, to the world.

Siwa, who now identifies as pansexual, has fully embraced being queer online. She’s been vocal about her experience coming out as well as her relationship with Prew. While the two did break up for some time in 2021, they reconciled this May.

This wasn’t the only shock this spring from Siwa. In fact, in April, the Dance Moms star ditched her signature blonde ponytail for an edgy pixie cut. She posted her new look on Instagram with the caption “HAPPPPPY.” While she did hint at some changes last year in an Instagram Q&A, revealing that she was ready to let go of her beloved bows, this was not the change that her fanbase was expecting.

The dramatic change sparked opinions, but her comment sections were mostly filled with positivity and love. As Kim Kardashian said, the people who love her have continued to support her through her journey to self-discovery. Being gay does not mean that you are no longer “kid-friendly,” and Siwa’s wholesome content is the perfect example of that. In a beautiful tribute to overcoming her struggle with self-image, Siwa sheds the dead weight of not just her ponytail, but whatever hang-ups she had about her own appearance.

How JoJo Siwa Uses Her Platform to Support LGBTQ+ Communities

By coming out, Siwa opened up a gateway to a community of acceptance. A community where her young fans can express themselves, their identities, and their sexual orientation without fear of judgement. She is a meaningful LGBTQ+ role model that has inspired a whole new generation of youth to live true to themselves. Much like Ellen DeGeneres, who paved the way for gay women at a time when they were not spoken for in Hollywood, Siwa has created a safe space for individuals of all ages to simply be who they are.

Representation in Hollywood is important. Young queer individuals who don’t see many LGBTQ+ stars may feel discouraged to enter that space, thinking that they won’t be accepted. Siwa is using her large following and prominent voice to show young people that your sexual orientation won’t stop you from achieving your dreams.

Many of Siwa’s already existing fans continued to support her, and through her courage in coming out, she gained new fans of all ages. But, that doesn’t mean there wasn’t any backlash to her announcement. Siwa chose to Google herself after the announcement and was upset by some comments from parents expressing that they wouldn’t let their daughters support her anymore.

One fan went as far as to tweet, “Hey JoJo, I’m coming to you’re show tonight, please don’t say you’re gay.” Siwa’s iconic response took the tweet quite literally. Rather than saying anything at all, Siwa chose to raise a rainbow Pride flag with her face plastered on it and waved it in front of a roaring crowd.

How JoJo Siwa is Inspiring a New Generation of LGBTQ+ Allies

Siwa takes on her fame with more maturity than most celebrities twice her age. Living her life on her own terms in a hugely public manner is brave in itself. By being so open about her sexuality, Siwa opened herself up to criticism willingly, which shows us that being an LGBTQ+ leader for her young fanbase is high on her list of priorities.

She uses her platform to strengthen the community she’s built around her as well as amplifies her own queer voice to make sure that others like her are heard and seen in the media. She is responsible for the rise of a new generation of LGBTQ+ allies. “I don’t want people to watch my videos or buy my merchandise if they aren’t going to support not only me,” she says, “but the LGBTQ Community.”

25 Billie Eilish Quotes to Embrace Your Most Authentic Self

How to Navigate Your Quarter-Life Crisis in 5 Easy Steps
What You Need to Make Your Dreams Come True | Inspiring Speech by Tyler Perry | Goalcast
Lizzo Was Almost Canceled Over an Offensive Slur – Her Surprising Response Changed Everything
The Power of Reframing: 3 Ways to Feel Better About Life
You’re Making Decisions The Wrong Way – Here’s How to Do It Right