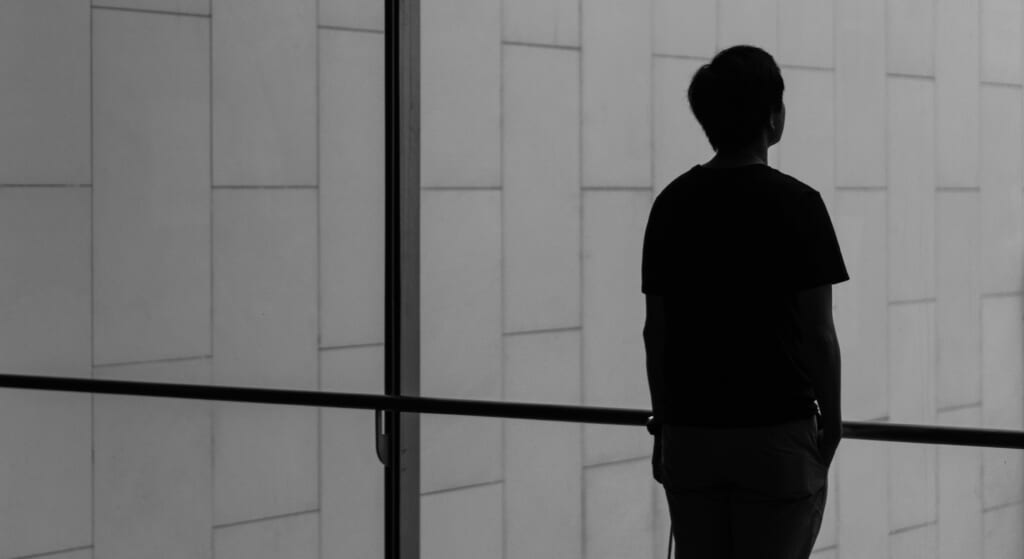 Regrets, I’ve had a few. I’m sure you have, too. Every day we’re faced with decisions, some big, some small, all significant to varying degrees. Opting for one path means saying ‘no’ to infinite alternative outcomes. Because nothing is certain in life, it’s difficult to tell which choices will lead to the best outcomes. Regret is witnessing the consequences of a choice, and wishing you’d chosen differently.

Choosing what filling to have in your lunchtime bagel isn’t going to make a huge difference (although some quantum physicists and proponents of the butterfly effect would disagree). But occasionally, we face sliding doors moments, choices that alter our destiny. How else could things have turned out? How would my life be different, if only I’d said yes instead of no, no instead of yes?

Regret is limited in value. Mostly, it serves no purpose. It keeps you stuck in the past, stagnating over past choices, rather than accepting your present situation, and doing your best not to repeat mistakes. But that doesn’t take the sting away, especially when it feels like our lives would be radically different if we’d chosen differently.

According to a recent study, there is a hidden source to regret. The psychological blueprint of regret, when better understood, empowers you to reduce its grip, to dust things off, and go again, with renewed optimism. This article will show you how, by breaking down regret into its smaller parts, offering a few mind tricks, and a little time-travel.

It’s All About Foregone Alternatives

Alternative timelines are a popular trope in sci-fi. Recently I watched Everything Everywhere, All At Once, the latest story to tackle parallel dimensions, and the unimaginable ripple effect our choices have. Shows like Rick and Morty, Back to the Future, The Butterfly Effect, and Donnie Darko, are examples of stories that have fun playing with ‘what if’ scenarios. This trope is an extension of human psychology. All of us play with alternate scenarios, even if unconsciously.

We might jump ahead to a timeline of the future when deciding what to do with our evening, we might jump into another world, imagining what our lives would be like if we’d stayed in a past relationship, or met someone else. Timeline hopping seems to be a natural tendency of the brain. You do this every time you weigh up your options. You have to imagine yourself in the future in order to work back and choose one course of action.

RELATED: What Is Groupthink? How To Avoid This Common Bias

Any imagined outcome which is preferable to the actual outcome leads to regret. Psychologists call this a foregone alternative. Most studies have found that the more someone dwells on a foregone alternative, the more intense the regret they feel. That’s logical. Yet the study from earlier this year found the opposite — participants were more likely to experience regret when they didn’t consider alternative outcomes.

The authors of the study speculated a number of causes for this. First, regret emerges from comparison to the belief or fantasy about an alternative outcome. Second, people tend to overestimate the desirability of alternative outcomes, especially when there is a large amount of uncertainty with their choices. Crucially, those who had concrete information, not just speculation, of foregone alternatives had the lowest levels of regret.

The Cognitive Biases Involved in Regret

These findings help to understand alternate timelines conjured by the mind, their role in regret, and what mind tricks can resolve them. New studies often make headlines, but no one study is ever a definitive answer, especially in psychology. Novelist Herman Melville once wrote that “all human science is but passing fable.” When multiple fables show a similar theme, it’s time to pay attention. In addition to this study, there are three relevant cognitive biases: regret aversion, projection bias, and hindsight bias.

Regret aversion explains how many people make decisions based on how much they’d like to avoid regret. Projection bias relates to how much people tend to overestimate how similar their future selves will be. Finally, hindsight bias is where someone convinces themselves they predicted the outcome of events, in hindsight, when in fact they didn’t. The hidden source of regret is an important piece of the jigsaw.

Faith, Learning From Mistakes, and Regret

Let’s first explore the roles of faith and learning from mistakes. If you spend too much time dwelling on every tiny decision, you won’t be able to live fully, paralyzed by the fear of infinite possible outcomes. This is where faith comes in. Regret is centered on any given moment in time. The moment you look back is the perspective from which regret arises. But how many times in life have you regretted something, only for hidden benefits, or events that seem fated, to follow?

You might regret not studying as best you could for an exam, or a job interview. You miss out on the opportunity. You feel like you’ve messed up, and missed an incredible opportunity.

But years later, you look back on that and see how it led you to places unknown, places that were ultimately better served. That’s faith: the belief that things work out in the long run, and the knowledge so much of our life’s journey is unseen.

The other side of this spectrum is never learning from mistakes. Regret is useful for as long as it’s present as a reminder to always learn, always evolve. Perhaps next time you make sure you study hard. Or treat people with more kindness. Relying too much on faith everything will work out, at the expense of learning why things didn’t work, is also unskilful. Having faith, and always learning, is the sweet spot.

The Different Forms of Regret

There is an exception. When regret is linked to behavior that has caused you or someone else harm, it’s hard to separate from guilt. One study explored the distinction between regret and guilt. They highlight two forms of regret: failures of self-actualization (such as not finishing school) and causing harm to others. The authors define interpersonal regret and intrapersonal regret, as causing harm to another and oneself, respectively.

I raise this because they have different approaches. Regret related to causing harm to someone else can involve imagined scenarios, and comparison, but might require the additional step of direct action to remedy the situation, in the form of apologizing or making amends. Doing the inner work to alleviate regret lacks wisdom if it comes at the sacrifice of taking responsibility, or dealing with interpersonal conflict.

So, let’s piece this all together. When you feel regret, bring your awareness to comparison. Are you comparing the outcome to an imagined scenario, a foregone alternative? If you are, explore whether this is certain, or speculative. Dig deep into this imaginary alternative; where do you see yourself? What circumstances or scenarios, those you prefer, do you envision?

Don’t dismiss the image out of hand; it’s encoded with information that might be useful. What is it about this alternative scenario that is appealing? Does it lead to less suffering, more happiness, or the erasure of difficult emotions? Treat the image as a message of what you might be looking to integrate into your life. Then, adopt a growth mindset. Consider what this might teach you about your present situation. List all the lessons from the actual outcome. Remember none of these lessons would exist if you didn’t make this choice.

You might understand parts of yourself you didn’t previously. You might be confronted with the need for increased levels of self-compassion, forgiveness, or acceptance. Equally, you might be overlooking the benefits that have come from the chosen outcome. This is where you can utilize the knowledge of overestimation.

As the saying goes, the grass is always greener. Consider if the comparison is an idealized view. Would things really have worked out as well as you imagine, or is this just fantasy? Perhaps this other alternative would’ve come with its own unforeseen challenges, some of which might not yet be clear to see.

Utilizing the Knowledge of Cognitive Biases

The next step is to work with the cognitive biases: regret aversion, projection bias, and hindsight bias. How can these be reverse engineered to reduce regret, or avoid regret influence future choices?

Lastly, be mindful of the feeling of regret. The above steps are based in the mind, in thoughts, and visualizations. What does regret feel like in your body? You might find that what you call regret is a constellation of various emotions: frustration, anger, disappointment, sadness, etc. Practice sitting with those emotions and sensations. Work on accepting their presence.

Many of us, on some level, crave a life of no regret. Perhaps the above steps make all the difference. Used in conjunction with time travel and a few tricks of the mind, soon you’ll learn from any mistakes, look to the future, and release the burden of regret in a skillful way.

Train Your Brain to Shed Distracting Habits and Concentrate Better

Coping with Abuse: Why Therapy Wasn’t Helping and What I’m Doing Now
Outshine The Dark (Official Music Video) Song About Depression
10 Signs You’re Being True to Yourself
How I’m Healing from Abuse After Going in Circles for Years
The Many Facets to Connection (i4cp login required)