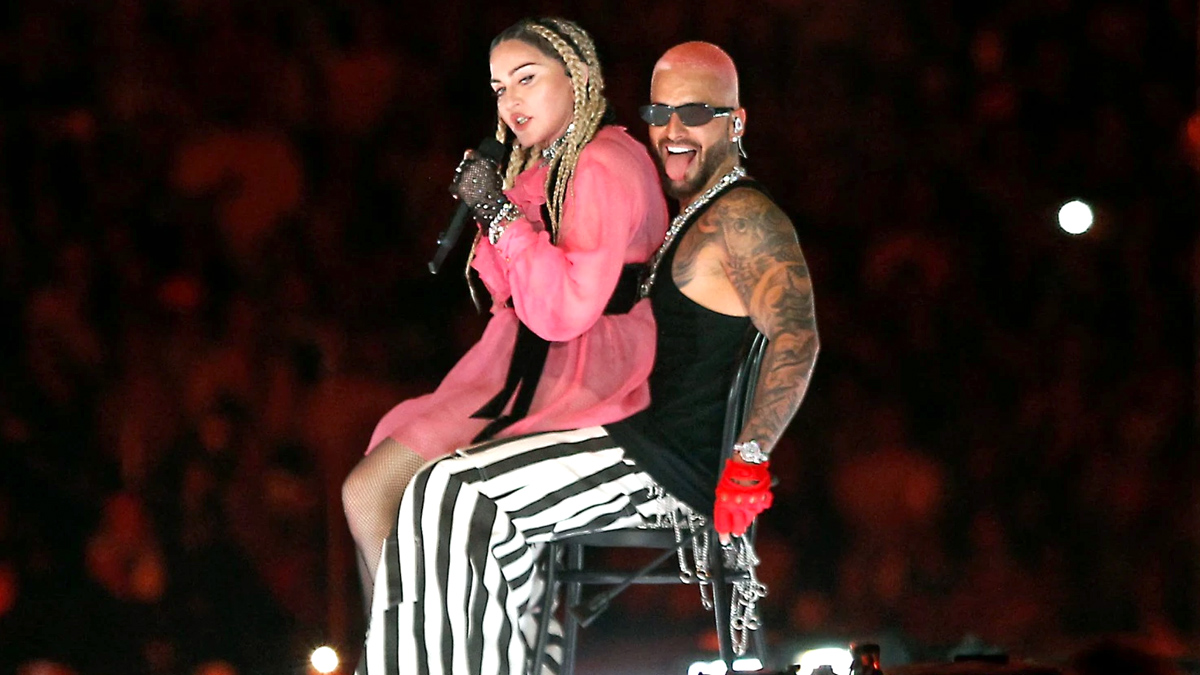 Madonna has become a major cultural icon over the 40+ years of her career. She’s more than just a pop singer — she’s an artist, a force of nature, a queen, and the original influencer. She is a style icon, sex symbol, and trendsetter. She’s been making a scene since she moved to New York City in 1979 when she was just 21 years old. She has always known exactly who she is and what she’s wanted, and she’s never been afraid to go after it. Madonna will be 64 in August 2022, and over the past 14 years, she’s transformed society’s expectations of the behavior of women over 50 — and we love her for it!

The fact is, 50 today is not the same as 50 in 1980, 1990, or even 2000. Women are still vibrant, active, beautiful, and dynamic well into middle age and we have Madge’s groundbreaking behavior to thank for inspiring us to dig deeper! Not everyone is a world-famous pop superstar, but we can all push the boundaries of our own lives at any age.

Madonna has given us plenty to look forward to in our lives after 50. She’s given lap dances to famous musicians, radically evolved her style, and put out some of the most danceable music of all time, and all of that is important in a society still-critical of aging people, particularly women.

Why Madonna, at 63, Gave a Lapdance to Maluma

In early May 2022, 63-year-old Madonna got down and dirty on stage with Colombian reggaeton sensation Maluma. The two musicians performed in Maluma’s hometown of Medellin, Colombia, performing their collaboration, “Medellin,” from Madge’s 2019 album Madame X. They also sang her 2000 hit “Music.” The lyrics to that song say “Music makes the people come together,” and Madonna took that seriously.

Madge danced on Maluma while performing choreographed routines alongside his backup dancers, giving Papi Juanco a full-on lapdance, and the crowd of 53,000 in attendance loved every minute of it — as did Maluma.

Madonna and Maluma have known each other for about four years. They met at the 2018 MTV Video Music Awards and performed together at the 2019 Billboard Awards. In 2021, Madonna and Maluma did Rolling Stone’s Musicians on Musicians series and he revealed the ways in which the Queen of Pop rubbed off on him… less literally, in this case.

He said, “I’m still young and I’m still learning a bunch of things in this industry and my career, but it was an important thing to just be more confident in myself,” he told Madonna. “Since I met you, that’s something I always do, and I really appreciate that. Cheers.” Madonna cheekily replied that he hoped he’d learned to spice up his on-stage costumes.

At Coachella in 2015, superstars Madonna and Drake, then 58 and 30, performed together. Madonna shocked audiences when she grabbed Drake and gave him a big kiss right on stage. Immediately after the kiss ended, Drake appeared to be disgusted, which got people talking. He took to Instagram to clear up the confusion, writing, “Don’t misinterpret my shock!! I got to make out with the queen Madonna and I feel 💯 about that forever. Thank you @madonna.”

RELATED: The Truth Behind Lourdes Leon’s Tense Relationship With Her Mother Madonna

After the event, news surfaced that Madonna and Drake allegedly had a secret fling in the months before the annual music festival in Indio, California. The Sun reported that the two superstars dated for months and were very into each other, but knew it wouldn’t last. Madonna has of course often dated men much younger than her. In an interview with Harper’s Bazaar, she said, “I have lovers who are three decades younger than me. This makes people very uncomfortable.”

Madonna Constantly Reinvents Her Style and Music – And That’s Important

Madonna has reinvented herself so many times, it makes even her most loyal fans’ heads spin, and that’s a big part of her decades-long appeal and popularity — no one knows what’s coming next.

In 2016, Madonna admitted in a speech at the Billboard Women in Music event that the biggest problem she’s faced in her career isn’t sexism, it’s ageism. She said, “I think the most controversial thing I have ever done is to stick around.” She also said she has had to deal with sexism, misogyny, and “constant bullying and relentless abuse.” She said, “to age is a sin” in the world of music.

And yet, despite those statements, Madonna continually reinvents herself as a way of staying fresh and relevant to her audience. After all, she has long-time fans who have loved her since the 1980s and younger fans who have fallen in love with her more recent work.

At nearly 64, Madonna has always been a pioneer of fierce bad-assery. She’s talked back to a world that wants to force women, especially powerful women into little boxes. She’s defined how she uses her body, her sexuality, and her voice. She demands that we stand up and pay attention.

Today, social media revolves around self-promotion. It’s part of normal, everyday life in 2022. However, it wasn’t all that long ago, that Madonna was harshly criticized for self-promotion. In the end, Madge gets the last laugh once again. She’s a pioneer in every area of her life and career and she’s provided a blueprint for young artists and influencers to follow. The Rock and Roll Hall of Fame said about Madonna, “No one in the pop realm has manipulated the media with such a savvy sense of self-promotion.”

RELATED: Madonna Reveals the Ugly Truth About Being a Woman and Turning 60

In order to remain relevant, Madonna must continually come up with new ways of self-promotion. Her three-way kiss with Britney Spears and Christina Aguilera at the 2003 MTV VMAs was incredibly shocking for its time. But in 2012, when she kissed rapper Nicki Minaj, it barely made the news. At that point, it was old ground for Madonna to tread on. She’s had to adapt to the times, and find new ways to cause a stir.

In 2003, Madonna got tongues wagging (on and off stage) when she engaged in a three-way smooch with Britney Spears and Christina Aguilera. That moment instantly became one of the most iconic moments in VMA history. The image of the three blonde pop stars engaged in a kiss is still everywhere today. Years later, Madonna and Britney re-created their kiss at Spears’ wedding to Sam Asghari.

It also appears to be premeditated. In an Instagram Live event earlier this year, The Material Girl talked about touring and Britney. She said, (regarding a world tour) “Hell yeah, I have to. Stadium, baby. Me and Britney, what about that? Yeah, I’m not sure she’d be into it, but it would be really cool. We could, like, reenact the original kiss.” She got her chance to kiss Britney again sooner than she thought she would!

When it comes to Madonna, we have to expect the unexpected. She’s paved the way for women in pop past the age of 50, and then past the age of 60, and for that we’re eternally tipping our caps. The only question is, where do you think Madonna’s headed next?

Morning Routine to Activate Your Brain | Jim Kwik | Goalcast
Every Parent Needs To Know THIS One Simple Truth | Dr. Shefali | Inspiring Women of Goalcast
You Have The Power To Be A Point Of Light | Tyler Perry Inspirational Speech | Goalcast
Tyler Waye’s Life Advice For Young People (MUST WATCH)
The Secret To A Life Worth Living | Powerful Motivational Speech by Tom Bilyeu