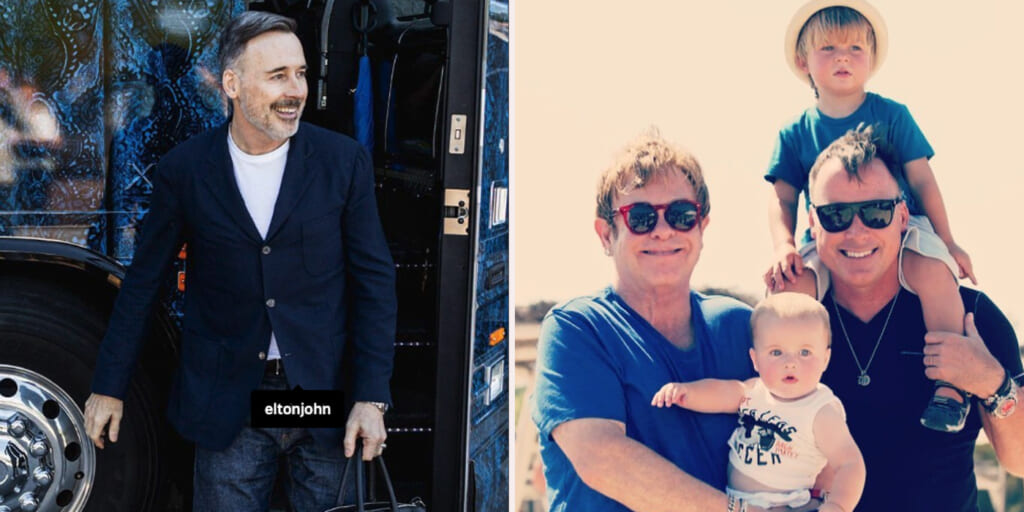 Not too much is known about Elton and David’s private life, but after so many years together, they have become the very public face of marriage — gay, straight or otherwise.

They are occasionally present at events and fundraisers, make extraordinary appearances, and do not shy away from posing as the happy couple they are, hand-in-hand or with one arm around each other.

RELATED: How Did Elton John Save Eminem’s Life?

A closer look at their love story will prove that the two are truly couple goals. But while Sir Elton John is of course widely known as one of the world’s greatest performers, many people do not know the full breadth of his husband, David Furnish.

David Furnish, the husband of Elton John, is a Canadian filmmaker, producer and director.

In his younger days, David decided to leave Canada and move to London to become an ad executive for Ogilvy & Mather, but also to get the chance to explore his sexuality away from his family.

After growing up in an ideal family environment, he realized he couldn’t live up to those expectations. Furnish was very unhappy and the embarrassment he felt towards his loved ones made him leave his home country for something better for himself.

“I’d had such a positive experience at home, I wanted to live up to that ideal. But I couldn’t do it. I had a lot of failed relationships, a lot of unhappiness, a lot of shame and embarrassment, bad self-image stuff. I had to get away.”

It wasn’t until David met the famous singer that he eventually came out to his family. While Elton is now arguably one of the most famous gay men in the entertainment industry, it hasn’t always been that way.

John had been involved in high-profile relationships with women before meeting the filmmaker, and was even married to Renate Blauel for four years. Before that, he was engaged to Linda Hannon, who he broke up with, quite infamousl, right before their wedding ceremony.

In 1993, after more than a decade of substance abuse, John celebrated three years of sobriety and was still learning how to live his life without drinking or using drugs. He decided to expand his social circle, so he called a friend and asked him to gather some new people to enjoy a nice Saturday dinner.

RELATED: 5 Daily Habits to Steal From Elton John, Including Knowing When to Stop

David agreed to accompany a friend, but he was almost convinced that he was about to experience a dull evening. The dinner proved to be anything but dull. The two soon became acquainted and were instantly attracted to one another.

I was attracted to David immediately. He had a real job, his own apartment, a car. He was independent. I didn’t need to take care of him. I thought, ‘God, this is new territory for me — someone wants to be with me just because he likes me.’

The very next evening, Furnish returned to John’s home for a more relaxed dinner. They enjoyed some Chinese takeout and the rest is history.

When Did David Furnish and Elton John Get Married?

The thing that convinced Elton that David was “The One,” was the fact that, unlike his former partners, he wasn’t intimidated or overshadowed by the singer’s success. Furnish even embraced Elton’s extravagant public persona and agreed to direct a documentary about his boyfriend — Tantrums and Tiaras.

The two had a civil partnership in 2005, as same-sex marriage wasn’t yet legalized in the UK. However, they had a wedding ceremony as soon gay marriage became legal. Thus, in December 21, 2014, the couple tied the knot and enjoyed a lavish party alongside some of the UK’s most famous celebrities.

Elton John thought he was too old to even think about adopting children. However, the performer gradually started to change his mind after visiting an orphanage for HIV-positive children in Ukraine. He became attached to a 14-month-old boy and wanted to adopt him, but he was denied since his marriage was not legally recognized in that country.

Elton then thought the only thing left to do was to provide for the young boy — and he still does up to this day.

Fortunately, a few years later, the two eventually managed to fulfill their dream of becoming parents. Born to the same surrogate mother and Elton, Zachary and Elijah have brought more joy to the couple’s life than anything else in the world.

While the boys are obviously living extraordinary lives, David and Elton are also teaching them admirable values, including the importance of working hard and earning their own money.

“They get £3 pocket money,” Elton Said, “but £1 is for charity, £1 is for saving and £1 is for spending; they get three coins and put them in separate jars. And they have to work for it – help in the kitchen, help in the garden.” Solid parenting.

Elton John and His Husband Still Find Time for Romance

You can’t say you’re in a romantic relationship if the romance is gone, right? Elton and David know that, so even after almost 30 years of being together, they still make time to be romantic with each other.

The two strongly believe that communication is key to a long-lasting relationship. “We go through difficulties as much as anybody else does in a relationship,” Elton once said. “But we sort through it by communication. And one way of communicating is writing down on a piece of paper or a card how you’re feeling.”

So, every Saturday (to celebrate the day they met), they write each other a little card that they place next to their bed. In the anniversary card, they write about things that have happened during the week and never forget to tell one another how much they love each other.

Maybe writing cards isn’t for everybody, but there are definitely many ways in which you can improve communication in your relationship and keep romance alive. You just have to find the one that suits you best and turn it into “your thing” as a couple.

Who Is Julia Roberts’ Husband and Why Is Their Marriage Considered Complicated?

Jordan Peterson’s Ultimate Advice for Young People | JOURNEY TO SUCCESS
Morning Routine to Activate Your Brain | Jim Kwik | Goalcast
You Have The Power To Be A Point Of Light | Tyler Perry Inspirational Speech | Goalcast
The Secret To A Life Worth Living | Powerful Motivational Speech by Tom Bilyeu
Every Parent Needs To Know THIS One Simple Truth | Dr. Shefali | Inspiring Women of Goalcast