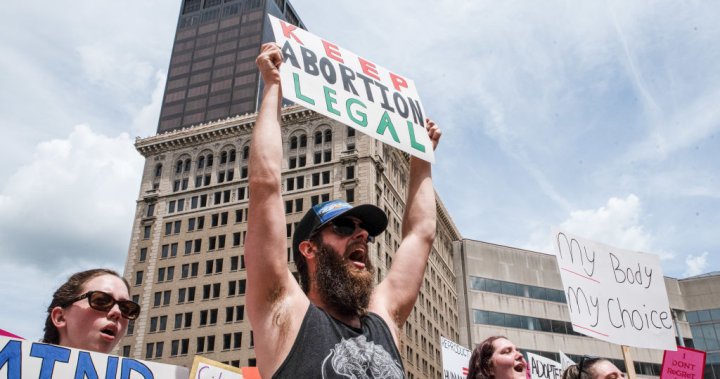 Doctors across the U.S. are reporting a surge in requests for vasectomies following the Supreme Court’s decision to overturn the Roe v. Wade legal precedent that once guaranteed the federal right to an abortion, according to The Washington Post.

Doug Stein, a urologist from Florida, a state that recently banned abortion past 15 weeks’ gestation, told The Post that he used to get about four or five vasectomy requests a day. Following the Supreme Court’s Friday ruling in Dobbs v. Jackson Women’s Health Organization, that number has jumped to 12 to 18 requests.

“It was very, very noticeable Friday, and then the number that came in over the weekend was huge and the number that is still coming in far exceeds what we have experienced in the past,” Stein said.

“Many of the guys are saying that they have been thinking about a vasectomy for a while, and the Roe v. Wade decision was just that final factor that tipped them over the edge and made them submit the online registration.”

A vasectomy is a quick and non-invasive surgery that prevents sperm from mixing with semen and is almost 100 per cent effective at preventing pregnancy.

Around 500,000 vasectomies take place in the U.S. each year and are mostly performed on people who are already married with children. About six per cent of men get a vasectomy as a form of birth control compared to about 18 per cent of women who get their tubes tied to prevent pregnancy (despite tubal ligation being a more invasive and risky procedure).

For its part, Canada has one of the highest vasectomy rates in the world, with approximately 22 per cent of couples practicing birth control choosing vasectomies.

A 2015 United Nations report revealed that Canada has higher vasectomy rates than tubal ligation rates — one of the only industrialized nations to have that distinction.

Stein told The Washington Post that he had to open up more days in his schedule to accommodate all the new vasectomy requests after his practice became fully booked with appointments through to the end of August.

Stein and associate John Curington said that most people coming in to request a vasectomy cited the overturning of Roe v. Wade as a main factor.

“I’d say at least 60 or 70 per cent are mentioning the Supreme Court decision,” Curington told The Post. “And a few of them have such sophistication as young men that they actually are thinking about Justice Thomas and his opinion that contraception may fall next. And that’s shocking. That’s something that doesn’t enter into our conversations ever, until this week.”

Roe v. Wade overturn: Can data be used to crack down on abortions?

“In future cases, we should reconsider all of this court’s substantive due process precedents, including Griswold, Lawrence, and Obergefell,” Thomas wrote.

In 1965, Griswold v. Connecticut established a legal precedent for the use of contraception without government interference. The other two cases Thomas mentioned protect rights to same-sex marriage.

It’s not just urologists in Florida that are noticing this uptick in vasectomies. Philip Werthman, an L.A.-based urologist, told The Washington Post that the number of vasectomy consultations he has conducted recently has jumped by “300 to 400 per cent,” despite the fact that California has introduced a constitutional amendment to protect abortion access.

A urologist in Iowa, Esgar Guarín, reported to The Post a “200 to 250 per cent” increase in traffic to his website as people search for more information about vasectomies.

New York urologist Marc Goldstein used to perform plenty of vasectomy reversals, but is now seeing the opposite.

“Now it’s the other way around,” he told The Washington Post. “So it’s been a dramatic shift. And this (Supreme Court decision) is only going to further impact that in terms of increasing requests.”

What patients have to say

Seattle-based Greg Thomas said he had toyed with the idea of getting a vasectomy for some time, but the overturning of Roe v. Wade was the straw that broke the camel’s back. His partner has cerebral palsy, meaning a pregnancy would pose a serious risk to her health.

“I have long felt that birth control should be something penis-havers take more responsibility in, and nipping the problem in the bud seems the most logical. Even though I live in a state where abortion will still be legal, I do not want to ever put my partner in a position to risk her life, especially for something I can prevent,” he told Buzzfeed News.

Sean Sullivan of Boston told Buzzfeed News that he wanted to get a vasectomy as soon as the Supreme Court’s draft opinion on Roe v. Wade was leaked.

“I had a vasectomy literally this morning at 9 a.m., an hour before the announcement of the Supreme Court’s decision. Took 20 minutes and a $60 co-pay,” he said.

“I am a married father of twins, and my wife and I made the decision so that my wife did not have to obtain another IUD or other form of birth control,” Sullivan told Buzzfeed News. “10 out of 10. Would recommend.”

Coping with Abuse: Why Therapy Wasn’t Helping and What I’m Doing Now
Trans woman, Twitch streamer Keffals doxxed, arrested at gunpoint by London, Ont. police
Candace Cameron Bure’s Reaction to Being Called “the Rudest Celebrity” May Change Your Mind About Her
Are You Failing? You Might Be Obsessing Over Details and Using the Wrong Approach
Is Your Life in a Rut? This Simple Morning Activity Will Change Everything