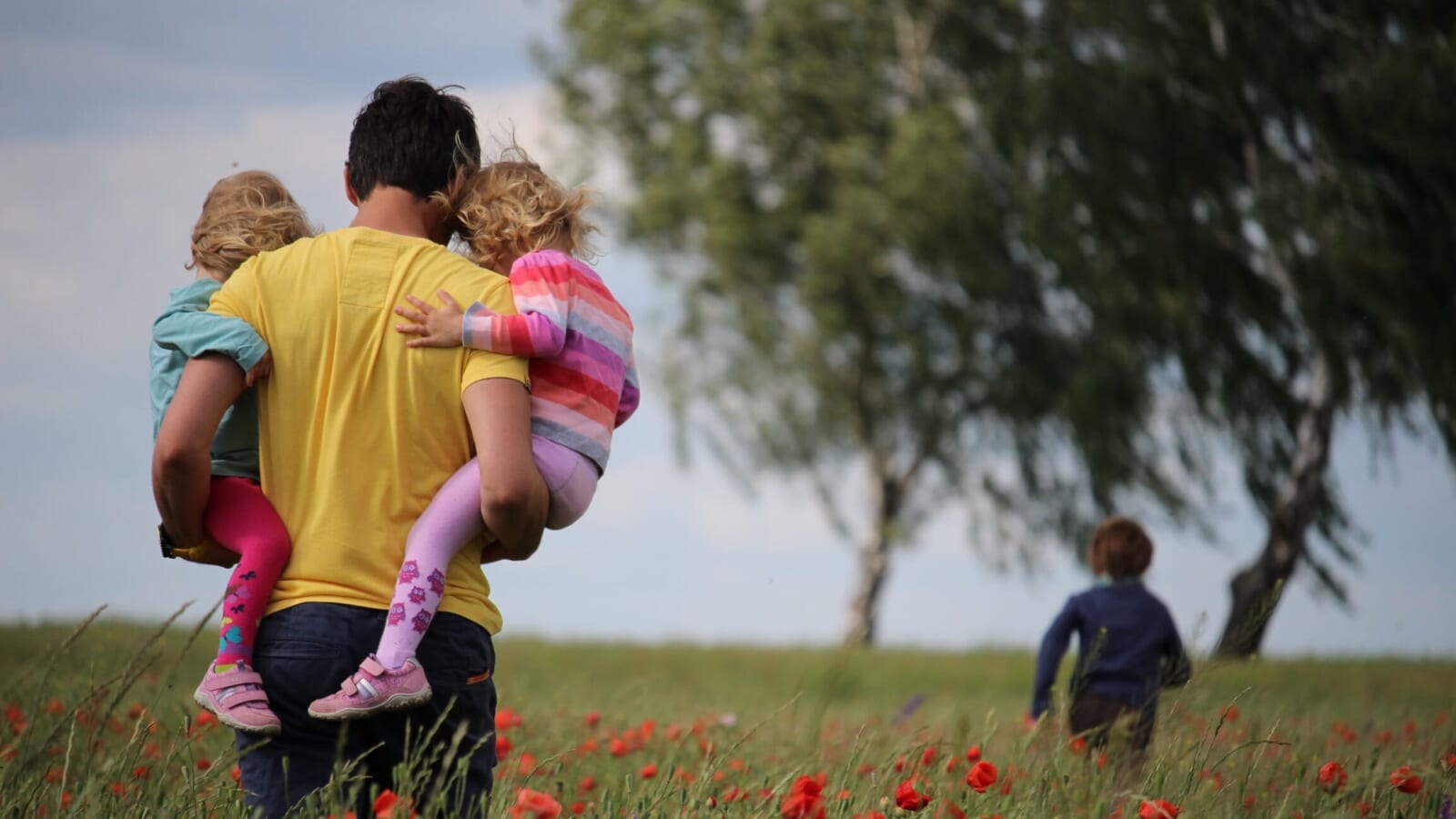 Many people have different (and sometimes polarizing) opinions on what it means to be a man. One young father in Las Vegas, however, provided a perfect example and was spoiled by his family — and the local news!

Stanley Moore and his fiancée, Ashley, were high school sweethearts who reconnected after turning 18 and quickly started a family together. After the birth of their two sons, Mason and Grayson, family responsibilities forced the young couple to move back to their hometown of Las Vegas.

RELATED: Struggling 72-Year-Old Raising 6 Children Alone Breaks Down When She Finds Touching Surprise At Her Door

The couple, still only in their early twenties, had to move back in with Stanley’s parents who were both very ill. His mother was suffering from breast cancer and his father from a neurological illness that severely impacted his ability to be mobile and prohibited him from being a reliable caretaker for his wife. Making matters even more stressful for Stanley, his grandfather had recently passed away and his grandmother was diagnosed with colon cancer.

Stanley’s fiancée Ashley saw how hard her man was working, and she decided to take matters into her own hands. She called her local Fox station and submitted Stanley for their feel-good program FOX5 Surprise Squad.

The crew showed up at his house and acknowledged everything he was doing for his family: Working 12 hours every day, taking care of his partner and children, acting as the primary caregiver for his sick mother and grandmother — all while staying in good spirits!

RELATED: Cop Pulls Struggling Mother And 3 Kids Over – Has The Best Response When He Hears Her Touching Story

They showered Stanley with gifts including a date night to a fancy local eatery and Kevin Hart tickets. An even more touching surprise was around the corner. “I’m shocked. It’s pretty crazy that everybody showed up for me,” Stanley said.

When Stanley’s grandfather Jerry passed away, he left behind his beloved truck. The family either had the option to sell the vehicle, or to give it to Stanley to use as his main form of transportation. Even though it required a significant investment in maintenance costs, Stanley decided to keep the truck — it had been his grandfather’s prized possession and he couldn’t imagine parting with it.

Nissan Surprised One Dad With $1500 Worth Of Prizes

When FOX5 got wind of how important the truck was to the young dad, they called in United Nissan. They showed up to repair the truck, replace the motor, and even give it the required cosmetic work to make it look brand new. On top of all of that, they handed Stanley a $1,500 gift card that would allow him to trick out the vehicle and make it his own.

Having reliable transportation gives you a lot of freedom. Hopefully, it will help [Stanley] do all of the things he needs to do.

Stanley obviously has strong family values and embodies what it means to be a man with integrity, a great work ethic, and love in his heart. When the FOX5 crew was wrapping up filming for the day, they complimented Stanley’s father on the amazing son that he raised along with his wife.

It is undeniable that we all hope to raise children like Stanley, and to do so we should set an example by working hard, showing empathy, and being ever-present for those we love.

show up for your loved ones

“To us, family means putting your arms around each other and being there.” — Barbara Bush

The Secret To A Life Worth Living | Powerful Motivational Speech by Tom Bilyeu
Jordan Peterson’s Ultimate Advice for Young People | JOURNEY TO SUCCESS
How to Persist, Be Patient and Succeed | Jordan Belfort | Goalcast
You Have The Power To Be A Point Of Light | Tyler Perry Inspirational Speech | Goalcast
Every Parent Needs To Know THIS One Simple Truth | Dr. Shefali | Inspiring Women of Goalcast