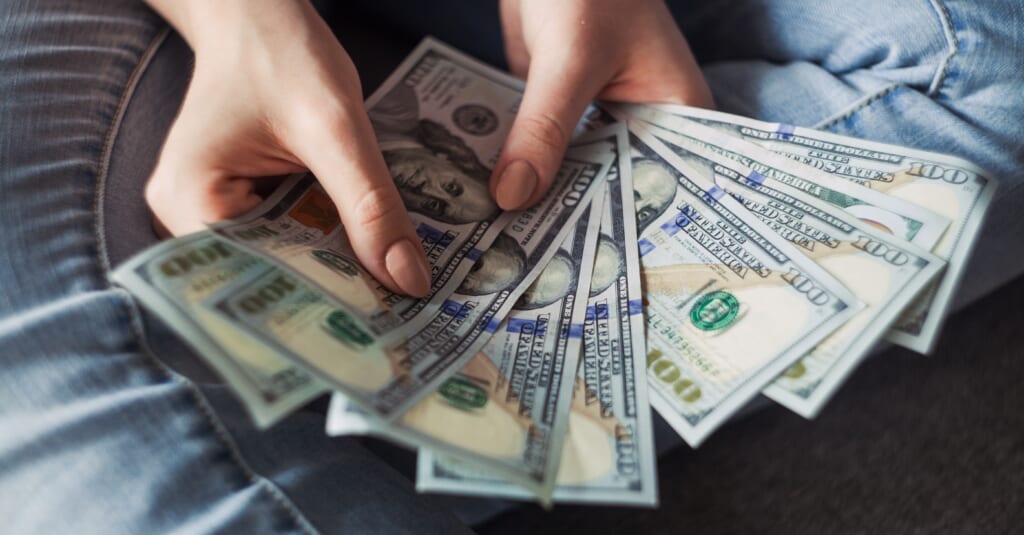 The way the human mind functions when it comes to money is a complex subject matter, to say the least. It’s a matter which experts devote their entire professional lives. If you already have a solid understanding of behavioral finance, then you are in a rarified group and, quite frankly, there’s no need for you to read on.

If you’re like the rest of us, though, you’re likely falling victim to a number of cognitive biases that are costing you money.

Today, we’ll parse through five of the most common cognitive biases that affect money management skills and can impact your potential in earning, saving, and investing, but note that there are many more cognitive biases than those covered here. We’re focusing on the five heavy-hitters of the subject, and we hope to open your eyes to more of the ways your own thinking can cost you money.

Any gambler knows this classic cognitive bias all too well (and anyone who’s good a gambling will tell you Kenny Rogers was right when he sang “know when to walk away, and know when to run”). Unfortunately, you don’t need to frequent the blackjack table or roulette wheel to have experienced the sunk money fallacy in your own life: it can (and does) happen with investments, with property, with vehicles, and with so much more.

Simply put, the sunk money fallacy describes a human tendency to stick with something into which we are already invested even when, objectively, it seems a bad idea.

RELATED: Why Gordon Ramsay’s Children Will Not Inherit His Money

We tend to keep putting more money into a failing business hoping it will turn around and grow and we’ll see our investment pay off. We spend more and more money repairing an automobile when it would make more financial sense to get rid of it and buy a vehicle in better shape. And so it goes.

The antidote to the sun money fallacy has a harsh name: cutting your losses. But once you stop throwing good money after bad, you are effectively saving money. Accept that what you have spent is gone, and that spending more on the same mistake is only amplifying the problem.

Human beings are hard-wired to hook onto things, be they ideas, people, or prices. The first politician to speak during a debate has a marked leg up over her competitors because she will imprint on us merely for being first, and this will remain true even if a subsequent participant had better command of policy and more eloquent speaking style.

The first price we see for an airline ticket, say $500 for example, will become our reference point as we track the flight over the coming days even if it was actually nowhere near a good price. The anchor bias might see us spending $475 on a flight that should have cost $350 because we got that $500 price in our heads.

Or maybe you have been watching a stock you believe strongly in for weeks, waiting for it to drop back to that $15.50 price point where you first saw it even as it ticks up to $19, then $20, then $21 as the days go on; you may well keep waiting for it to fall forever, never buying in because you anchored to that lowest price even though it still would have been a good buy well into the $20s.

While perhaps harder to do when it comes to our feelings on people and politics and such, when it comes to money matters, you can drop the proverbial anchor. You simply need to identify that you may be anchoring and then look at the numbers objectively and in comparison to other data. What is the standard price of a flight at similar times to the same locations at different airlines? What have other similar stocks done recently? Numbers don’t lie unless you let them.

Remember when the stock price of the video game retailer GameStop jumped from the teens to well over $300 in a matter of days in early 2021? It then went crashing right back down. What happened? People got on the proverbial bandwagon, grossly inflating a stock that was destined to crash again – a few people made out like bandits; most people got left in the dust.

RELATED: How to Save Money: 7 Tips to Start Saving Now

Just because a lot of other people are making a given financial move is no reason for you to do so. It can be a reason for you to take a close, objective look at a given financial asset, be it a stock, a property, a bond, or what have you, but make your decisions with the same cool head and independent thinking as you always do, not because of any sudden surge in popularity around any financial instrument.

People engage in the conformation bias all the time in all aspects of life, from health advice to political leanings to pop culture and more. Simply put, the confirmation bias is the cherry picking of facts and information that support what you want to hear. When it comes to money matters, if you only seek out material that agrees with your strategies – say, reading the blog of a company that helps you invest in gold right after you invested in gold – you are going to hear what you want to hear, which may be a far cry from what you need to hear.

There’s a subset to this bias which is sometimes identified on its own. It’s known as post-purchase rationalization, which is when we engage in some mental gymnastics to convince ourselves we’re happy with a purchase or investment that, deep down, we regret. Buyer’s remorse may be a bad feeling, too, but it may be one we can solve by returning a purchase, selling off an asset, or at least learning from for the future instead of suppressing.

One of the worst things you can do, from a financial standpoint, is nothing. But that’s exactly what so many of us do. We may wisely invest in a few stocks, a few ETFs, and we may buy some bonds and then we do… nothing. We think “I’m already invested, my work is done until retirement!” But sticking with the status quo, leaving things as they are, can leave huge sums of money on the table, as it were, when making an occasional sale or new buy could have led to huge gains.

RELATED: Side Hustle Ideas To Make Money Or Start A Passion Project

Unless you have entrusted your finances to one very capable fiduciary, you owe it to yourself – literally owe – to check in on your finances now and then and to make moves when you can, because accepting the status quo actually means stagnation.

What Is a Cognitive Bias, Anyway?

According to the Merriam-Webster Dictionary, the word “cognitive” means: “of, relating to, being, or involving conscious intellectual activity (such as thinking, reasoning, or remembering)” while one definition of the word “bias” means: “systematic error introduced into sampling or testing by selecting or encouraging one outcome or answer over others.”

Putting those two definitions together gives you an excellent definition of the term “cognitive bias,” which we can understand as a pattern of deviation from reasoned judgment in favor of self-imposed misperception. When you stumble into a cognitive bias, you are perceiving things through your own fallible lens, not seeing things as they really are. And when it comes to money, in most cases a cognitive bias will cost you.