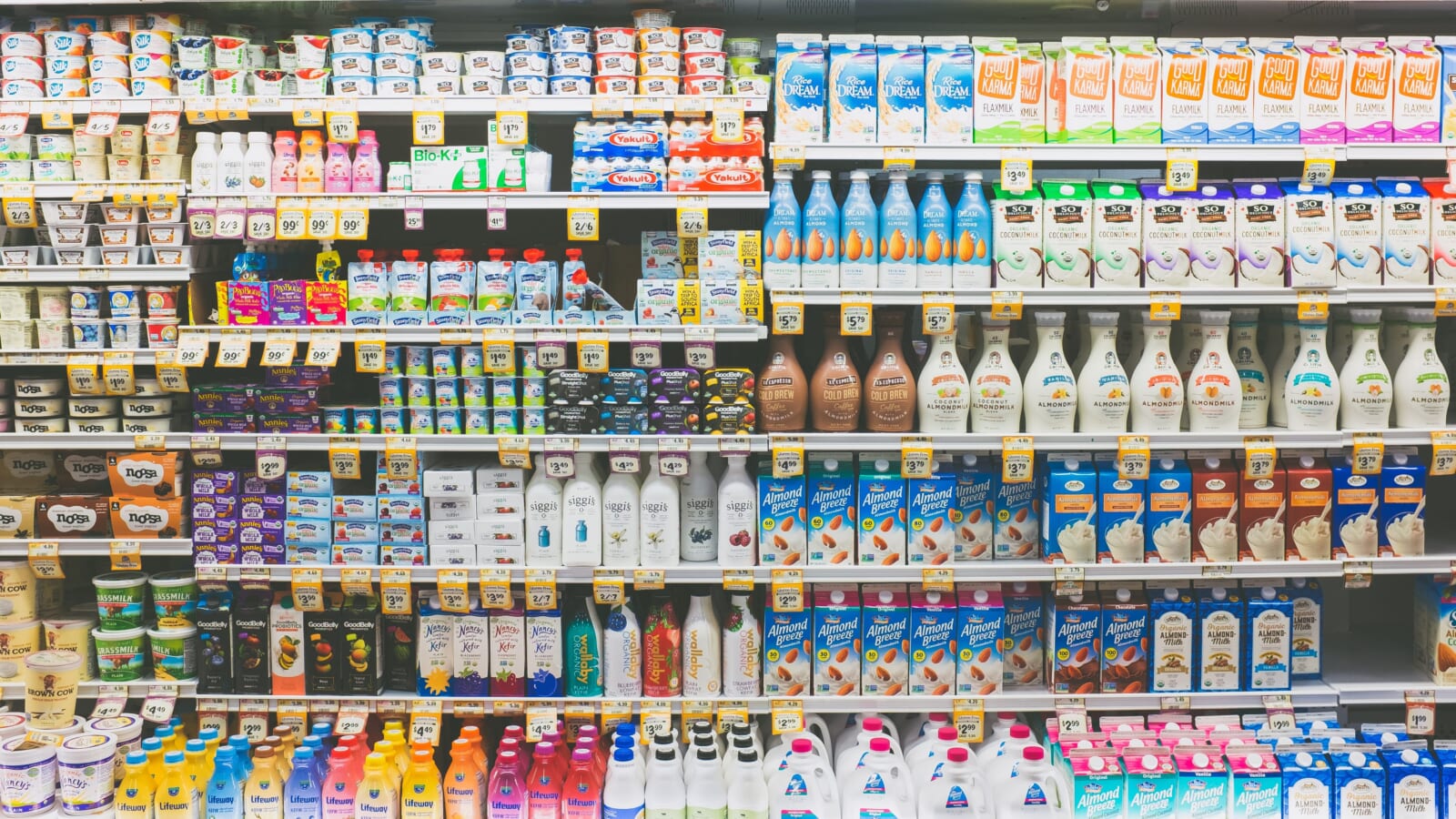 Sid Edwards and his 17-year-old son Jack Ryan Edwards were walking through their local supermarket in Baton Rouge when the teen suddenly stopped.

Jack Ryan, who has autism, was staring at the employee, Jordan Taylor, stock orange juice. Because of his autism, it wasn’t unusual for Jack Ryan to become fixated on things. At first, Edwards thought his son wanted juice, but soon he realized Ryan was entranced by the job.

Taylor noticed the same thing and offered the teen a bottle but he received no reaction. Then it clicked.

“Something in the back of my mind was just like, ‘Ask if he wants to help you,” Taylor later told WAFB9. Jack Ryan, who is limited verbally, repeated, “Help me.”

The employee and the teen spent the next half an hour stocking the fridge together.

Edwards took out his phone and started recording. In the video, the father can be heard saying, “I’m watching a miracle in action.”

Edwards says most strangers don’t understand his son, let alone go out of their way to connect with him. “What I’ve learned is our world doesn’t accept autistic kids. It’s impossible for those kids to enter our world. We spend so much time working on that, but this man figured it out in eight seconds: He went into Jack Ryan’s world,” Sid Edwards said.

RELATED: Mom Defends Herself After Rude Woman Body Shames Her At Grocery Store

Jack Ryan’s sister, Delaney Edwards Alwosaibi, was just as moved as her father and shared the video on Facebook.

“This young man took the time to slow down and allow Jack Ryan to help for over 30 minutes, guiding him as he finished his task,” she wrote. “He could have ignored him. He could have made an excuse and said he couldn’t allow him to help. Instead, he let him have his moment and in turn gave my family a moment we will never forget.”

She added that there is “so much ugly in this world we live in,” but the video was a reminder “that there are still great people out there.”

How An Employee Proved The Importance Of Connecting With Others

The video went viral and has already been watched more than 400,000 times.

After meeting him, Alwosaibi learned that Taylor loves math and dreams of becoming an educator, so she started a GoFundMe page hoping to raise $100,000 for his education. She raised over $135,000. The Neighbors Federal Credit Union even gave Taylor a new car to reward his kindness.

Taylor downplays his good deed. “I was just happy that I could make someone else happy and make their day,” he said.

Taylor’s mother, on the other hand, is not surprised by what her son did.

“That’s how he’s always been,” she said. “That’s always been his nature, but I was extremely proud, really, really proud.”

As for Jack Ryan, who has returned to the store multiple times to stock shelves with Taylor, Rouses Market has offered him a full-time job. It just goes to show that treating people with respect can lead to limitless rewards.

“You get the best out of others when you give the best of yourself” – Harvey S. Firestone

10 Signs You’re Being True to Yourself
Candace Cameron Bure’s Reaction to Being Called “the Rudest Celebrity” May Change Your Mind About Her
Confessions of an Extrovert: Why I Now Love My Alone Time
Outshine The Dark (Official Music Video) Song About Depression
Trans woman, Twitch streamer Keffals doxxed, arrested at gunpoint by London, Ont. police