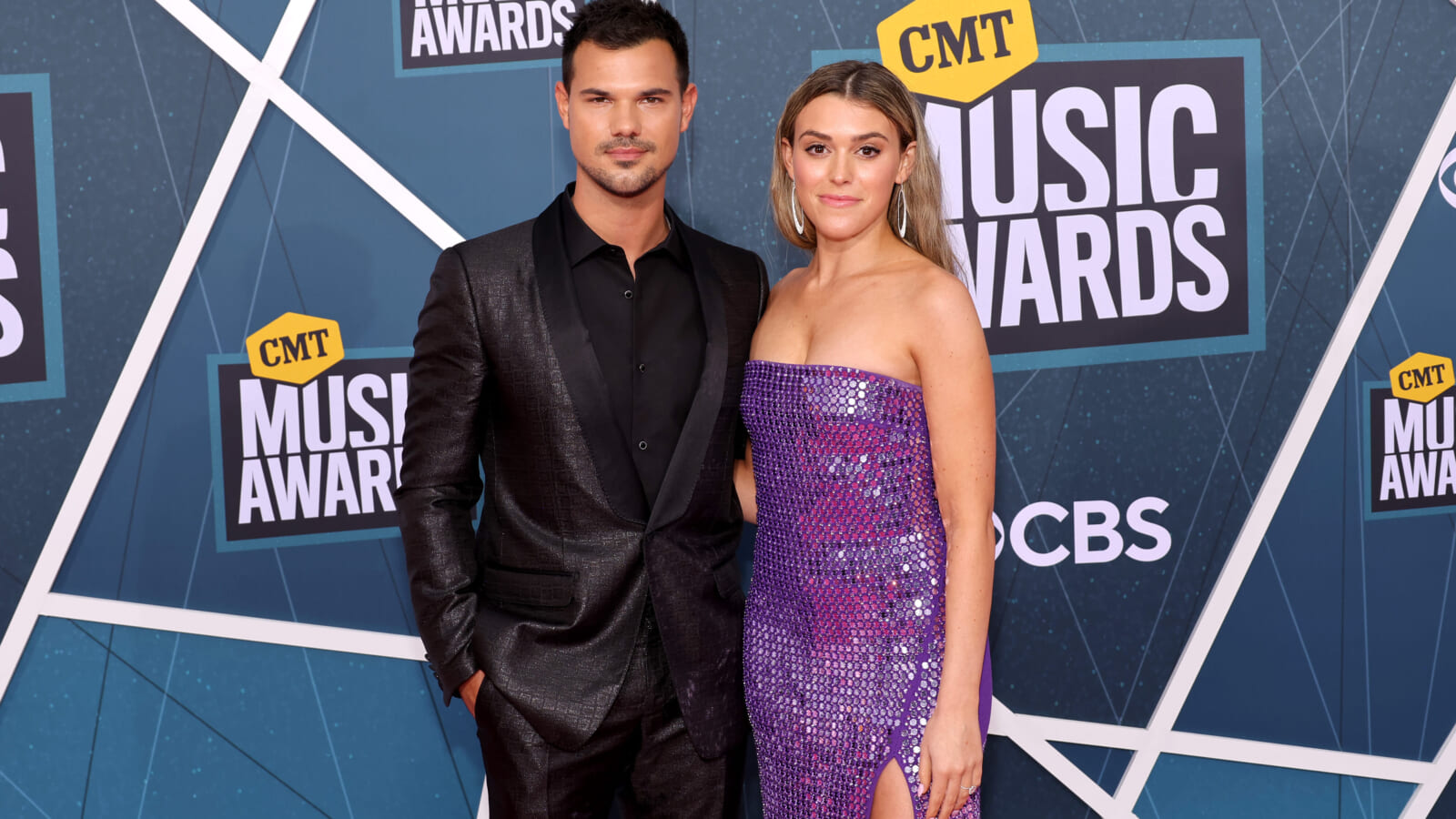 Let’s face it — we’ve all spent hours of our lives scrolling through TikTok and eating up the latest viral trends. While perhaps not the most productive way to spend our time, sometimes a little bit of mindless scrolling can re-energize us and sometimes we stumble upon stories that inspire us. Recently, a story featuring Twilight actor Taylor Lautner and his fiancée, Taylor Dome, both inspired and entertained!

What Taylor Lautner’s Fiancée Revealed in a Viral TikTok

Taylor Lautner, 30, is famous for his role in the Twilight movies where he played werewolf Jacob Black. His character was involved in a love triangle and fought for the affection of Bella Swan, played by Kristen Stewart. His rival was the effervescent Edward Cullen, played by heartthrob Robert Pattinson, a vampire who is fiercely protective of Bella and wishes to stop her from becoming a vampire — a fate that she herself desperately wants.

RELATED: Robert Pattinson Refused to Do One Dangerous Thing for The Batman, Calling It ‘Part of the Problem’

Ultimately, Taylor Lautner’s character loses the battle for Bella. Offscreen, Taylor Lautner is engaged to a registered nurse, also named Taylor. The pair met thanks to Lautner’s sister, who is close friends with Taylor Dome. Dome is a devoted fiancée and a huge supporter of her future husband, but she wasn’t always #TeamJacob.

My sister Makena actually introduced us. She called me and said, ‘Dude, I found your future wife. You need to meet this girl.’ And the rest is history.

How Taylor Lautner Responded to His Fiancée’s TikTok Confession

As a working RN, Taylor Dome doesn’t have oodles of time to spend on social media. However, she had to hop on one recent trend that was too good to pass up. Dome posted a video participating  in the “show your childhood crush and then the person you ended up with” trend.

The video started with images of Robert Pattinson as Edward Cullen before cutting to photos of soon-to-be husband Lautner. Making a sheepish face to the camera, Dome captioned the video, “I think it’s time to come clean…” Ever the good sport, Lautner commented on the video, writing: “Bout time I won something.”

RELATED: Robert Pattinson Handled Being Cheated On By Kristen Stewart In A Surprisingly Mature Way

We would understand if Taylor Lautner was tired of being compared to Robert Pattinson. However, the viral video shows how much light-hearted love the two Taylors share. Instead of feeling annoyed, Lautner appreciated Dome’s funny post and took it as an opportunity to let her know how much he cherishes her. After all, she is the only prize he ever cared about winning!

What Happened to Taylor Lautner? The Twilight Heartthrob Who Disappeared Overnight

“You don’t love someone for their looks, or their clothes, or for their fancy car, but because they sing a song only you can hear.” — Oscar Wilde

Bella Hadid’s Toxic Relationship with Alcohol Is a Lesson for Immediate Change
The Rise of Damien Rider – Extreme Endurance Adventurer | Surviving Unimaginable Abuse
Trans woman, Twitch streamer Keffals doxxed, arrested at gunpoint by London, Ont. police
Are You Failing? You Might Be Obsessing Over Details and Using the Wrong Approach
10 Signs You’re Being True to Yourself