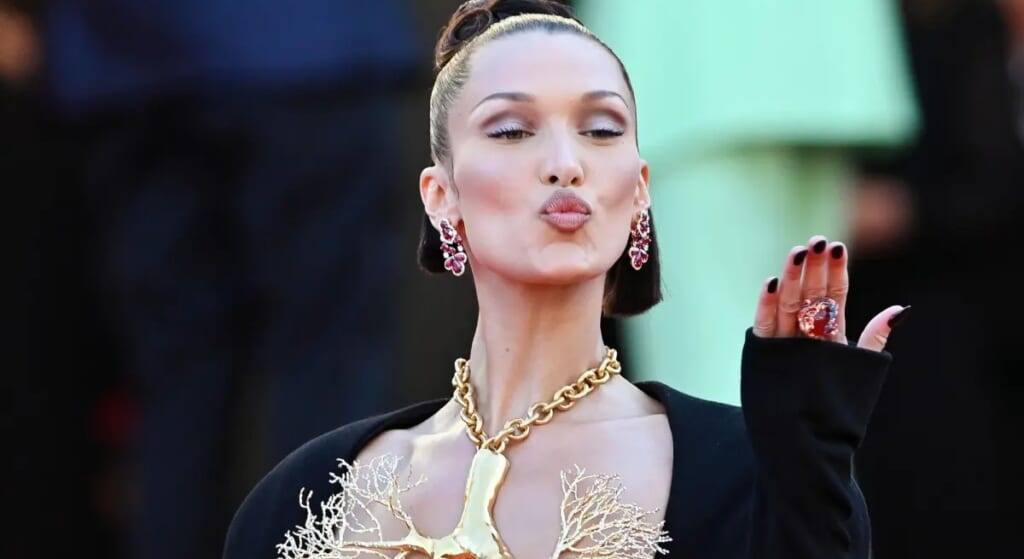 The last two years have done a toll on people globally. The term “Pandemic Drinking” reared its head, with many turning to alcohol to fill too much time at home, numb the stress, and forget the state of the world. Supermodel Bella Hadid is the latest celebrity to take an introspective look at her own relationship with alcohol and admit there is a better way to live.

RELATED: Fitness Saved Her From Addiction and Homelessness, So She Opened a Gym to Help Others Stay Sober

Hadid isn’t the only celebrity to stumble in their sobriety. Like everyday people, celebrities face stress and situations that challenge their commitment to staying sober. Rather than feeling shame if they relapse, these celebrities picked themselves up and recommitted to their sobriety, remembering relapse is part of recovery.

In an interview with InStyle Magazine, Hadid speaks about her unhealthy relationship with alcohol, how it affected her depression and anxiety, and how she has, “made brain care my ultimate priority.”

“While I rarely get ‘drunk’ anymore, I’ve completely stopped drinking hard alcohol… I have learned what my body can and can’t handle.”

RELATED: Bella Hadid’s Biggest Regret and Rivalry Reveal So Much about Celebrity Anxiety

Hadid has worked closely with Bloom, a non-alcoholic energy drink, in creating the perfect mix to help others who may not be imbibing but want a healthy rosé alternative. Plus side? No more hangovers.

Macklemore revealed that he had been sober since 2008 and, during the summer of 2020 when we were all locked in our houses because of the COVID-19 pandemic, he, like a lot of people, turned to alcohol to deal with the stress, boredom, and anxiety of that period of time.

In an interview with People in January 2022, he said, “It was really painful for myself and for the people who loved me. I stopped doing the work,” he said at the time. “When I have to be still and exist within my own head, that’s where my disease lives… [But] I’m like, ‘You know what? I don’t need to pretend like I’m some perfect dude in recovery.’ I am not at all, and there’s no shame.”

RELATED: This Is What Happens to Your Body and Mind When You Give up Alcohol

The rapper posted a video on his @mackelmore Tik Tok account where he admitted that he’d relapsed. However, as of that video, he had been sober again for 694 days – a whole year and a half. That’s an accomplishment he can be proud of. Addiction recovery is a one-day at a time.. It is a disease and must be treated as such in any approach to sobriety.

Robert Downey Jr. had an infamous struggle with drugs, alcohol, and sobriety. He was arrested several times on drug charges from 1996 to 2001. He was found to be in possession of cocaine, heroin, and marijuana (before it was legal in California) several times. He entered rehab several times and after getting out, relapsed again and again. In April 1996 he was pulled over for speeding in Los Angeles and was in possession of heroin, cocaine, and a loaded handgun at the time. He was arrested.

RELATED: Robert Downey Jr. Bares His Heart in Emotional Speech, Opens Up About Dark Past and Delivers Powerful Message of Hope

When he was released a month later, he was under the influence of drugs and entered his neighbor’s house and went to sleep in their bed. He was given three years of probation and had to take court-ordered drug tests regularly. He missed one of those tests and was sent to jail for six months in 1997.

In 1999 that happened again, and he was sentenced to three years in prison. He’s been sober since at least 2003 and credits his wife with helping him get and stay sober. Since Downey Jr. has been sober, he’s resurrected his career, playing Iron Man in the successful franchise, among many other roles.

Demi Lovato struggled with drugs and alcohol since they were a child. Lovato’s first trip to rehab was in 2010. They entered a sober house in 2013 to cope with their drug and alcohol issues as well as their eating disorder and bipolar disorder. In 2018, Lovato announced that they’d been sober for six years via their ballad “Sober.” A month after the song was released, Lovato was rushed to the hospital after an overdose nearly killed them.

RELATED: How to Support a Recovering Addict on the Road to Sobriety

They were in the hospital for two weeks and then in rehab for three months. During an episode of the YouTube series Dancing With the Devil, Lovato said, “I had three strokes, I had a heart attack. My doctors said that I had five to 10 more minutes.” Today, Lovato calls themselves “California sober,” in that they drink in moderation and smoke marijuana.

Miley Cyrus struggled with drugs and alcohol, but she was six months sober as of June 2020 and feeling great. And then the pandemic lockdowns started and life for everyone, even a wealthy superstar, ground to a halt.

In an interview with Elle UK, the “Wrecking Ball” singer said, “I like a lot of people, being completely honest, during the pandemic fell off… and I would never sit here and go, “I’ve been f***ing sober.” She turned to alcohol to take the edge off during lockdowns. Fortunately for Miley, that didn’t last, and she got sober again in early November 2020.

Kelly Osbourne had a lengthy battle with an addiction to painkillers that sent her to rehab three times by the time she was 24. She first went to Promises in Malibu in 2004. She went back to rehab in 2005. Then, when she moved to L.A. in 2009, she relapsed. She told People at the time, “I couldn’t see into tomorrow… It’s so embarrassing, the number of times I’ve thrown myself down the stairs…and hurt myself to get pills.”

RELATED: How to Support a Recovering Addict on the Road to Sobriety

In April 2021, after almost four years of sobriety, she had a relapse. She revealed this in an Instagram Story, saying “This is a little hard for me to talk about, but …I relapsed…But I am back on track… I am sober today and I’m gonna be sober tomorrow, but it truly is just one day at a time.”

Newlywed Ben Affleck has struggled with sobriety over the years and has had several relapses. In 2019, he’d been sober for a year and had a very public relapse after being in and out of rehab for the few years leading up to that.

His relapse happened two months after he’d been sober for a year. He was seen stumbling as he was returning to his ex-wife Jennifer Garner’s house. TMZ was outside the house with a camera and Affleck said, “It happens, it’s a slip, but I’m not going to let it derail me.” His ex-wife helped him get back on track.

Dax Shepherd had been sober for 16 years after struggling with an alcohol and cocaine problem. In August 2020, he was in a motorcycle accident and was prescribed the painkiller Vicodin for the pain from the four broken ribs the accident caused. This caused a relapse. During an episode of his podcast Armchair Expert, he said he was taking eight 30mg Vicodin pills a day and keeping it a secret from everyone.

RELATED: Scott Steindorff: Killing Myself with Drugs and Alcohol

“I know that’s an amount that’s going to result in a pretty bad withdrawal.  And I start getting really scared, and I’m starting to feel really lonely. And I just have this enormous secret.” He admitted he was high on Vicodin at the meeting celebrating his 16 years of sobriety. By the time the podcast aired in September 2020, he had sought help and had been sober again for 11 days.

These celebs may make going sober look easy, but each one has struggled, persisted, and thrived. They teach us that change is possible and introspection is necessary at times to ultimately become the best version of ourselves.