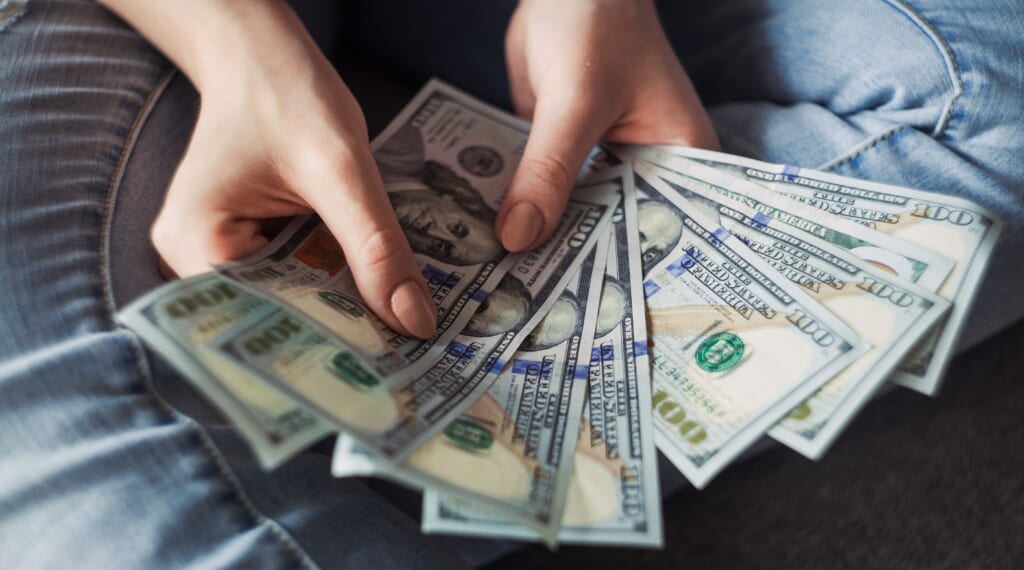 There is a very good chance that we are headed into a recession. It may not start this month or even this year, but leading economists across the country and around the globe are largely of the consensus that a recession is in the offing. Recessions are a natural occurrence after times of economic boom, and the past two years have certainly been that for many sectors.

There was a steep drop in prices and productivity brought on by the start of the COVID-19 pandemic in early 2020; the Dow Jones Industrial Average plummeted from a high near 30,000 points in February of that year, only to have fully recovered by November and then to have soared to an all-time high of 36,799 points in early January of 2022, per Investopedia.

RELATED: How to (Actually) Finish A Creative Project

Many factors throughout 2022, however, have seen the boom times begin to bust, from sustained supply chain problems to wild inflation to soaring energy prices to war tearing apart much of Eastern Europe.

So now, according to The Washington Post, there is a three-in-four possibility that there will be a recession by or before the year 2024. What does that mean for you? First, what does recession even mean in general?

What Is the Definition of a Recession, Anyway?

According to the Merriam-Webster Dictionary definition, a recession is: “A period of reduced economic activity.” That’s a bit thin of an explanation for an economic reality that can affect just about everyone and everything in a nation – or even everyone on the globe – though, so let’s turn to a slightly more in depth definition care of the Federal Reserve Bank of San Francisco, which tells us: “A recession is a significant decline in economic activity spread across the economy, lasting more than a few months, normally visible in real GDP, real income, employment, industrial production, and wholesale-retail sales.”

RELATED: How to Travel the World Stress-Free

In the simplest terms, a recession is an extended period in which productivity is on the decline – you can think of it as the opposite of thriving. Even during times of recession, you can thrive, both emotionally and even professionally. But it takes extra effort, and smarter effort, too.

Here are five ways to live your best life even during an economic downturn that brings other people down with it.

1. Planning ahead for financial trouble may mean it never hits home

During the so-called Great Recession of late 2007 through mid-June 2009, the term “recessionista” was coined to refer to people who strived to remain fashionable in their attire and accessories despite a constricted budget. That kind of mindset, of spending less while still enjoying life, can extend to all corners of life.

You can cut costs by exercising outside and at home instead of at the gym; you can cook more and eat out less; you can buy secondhand clothes rather than new, and on it goes. And if you start living a more frugal lifestyle now before a potential recession hits and shrinks your spending power later, you may just save enough money to where you won’t be compelled to make many changes anyway.

2. Condition your mind for peace and resilience

Recessions are stressful times for all of us on an individual, and they are made worse by the collective sense of doom that sets in. From newspaper headlines to talking heads on TV and streaming platforms to friends and family moaning over the ills of the world, a sense of despair and declinism sets in fast.

RELATED: What Does It Mean to Be In a Romantic Friendship?

You can bolster your emotional wellbeing against the stresses and suffering that come with recession – both the real and the artificially amplified – using techniques like mindful meditation. If you begin to practice meditation, positive thinking, and by working to reduce the negativity in your life now, you will be in a much better place when these practices are truly needed later.

3. Knowledge is power: read up on recessions

Recessions are nothing new, nor will they ever be old news. On average, in fact, the United States enters a recession every six years, according to The Balance, and there have been no fewer than 11 recessions in the past 75 years. That’s counting the Great Recession, and let’s also not forget the Great Depression that commenced in 1929.

RELATED: Fearless Mom Throws Herself Amidst Danger To Save Her Daughter From Being Abducted

Yes, recessions can be painful and hard to navigate, but we have made it through many of them before and will, as a society and on an individual level, make it through many more to come. The more you read up on past periods of economic hardship, the better you will understand the transient nature of the hard times. (However, you’ll also have to accept the transient nature of the good times, too – it’s always a balance.)

4. There is money to be made in times of recession

Provided you have a safe enough financial cushion – financial experts recommend saving at least enough money to get you through three to six months of living expenses without any income – and have cash left to spare, some smart investing can see you make a handy profit during a recession. Or, more to the point, after it’s over.

Certain types of stocks tend to fall during times of recession, and thus can be bought on the cheap and later sold after an economic recovery.

RELATED: Sensory Deprivation Tank: What Are the Benefits of ‘Floating’?

These include shares in airlines, shares in building and construction companies, and shares in many types of business that offer discretionary, for pleasure products and services, such as resorts, cruise lines, movie theaters, and the like.

On the other hand, some types of stocks and other financial products do quite well during times of recession, and if you can buy them ahead of time, you may be able to sell them during the recession and make some cash. These include discount or bulk stores (think Dollar General or Walmart), DIY chains (Home Depot or Auto Zone), and gold, a commodity to which many turn during downturns.

5. Look for the positives that come with change

So much of life is perspective. Think of the Charles Swindoll life advice quote that reads: “Life is 10% what happens to you and 90% how you react to it.” In one of the worst-case scenarios, a recession may lead to you losing your job. Is that really the worst thing that could happen, though? Are you working at your dream job right now? If so, then losing it is pretty bad, there’s not much silver lining. On the other hand, if a recession led to your being made “redundant,” might that finally be the kick you need to embark on the career you always wanted? Or to go back to school and earn a degree that could help you on that journey?

A rent that’s suddenly to high due to recession-related financial burdens could be the motivation you need to move to that neighborhood – or new town entirely – that you’d always liked so well. Maybe high gas prices coupled with that tightening economy will finally convince you to start commuting via bike, a win for your wallet, your cardio health, and for the earth thanks to reduced emissions. Maybe it’s time to cancel a few of your streaming subscription and get back to your love of books – libraries remain free even during the worst of recessions, after all.

And on it goes: the changes that feel forced upon you by a recession can be accepted and even embraced rather than railed against, and on the far side of the tougher times may be a life you actually like more than the one you had before.